For The Siena’s townsfolk, “Palio di Siena is history, tradition, and life itself.” Four days of festivities culminate in just seventy five thunderous seconds of racing, where a horse can win “scosso” – without its rider!

This public event is uniquely focused on residents rather than tourists. Ten of Siena’s 17 contrade, or districts, take turns to compete in a race as old as Tuscany itself. For visitors, securing a spot on a balcony overlooking the piazza is a priceless privilege. 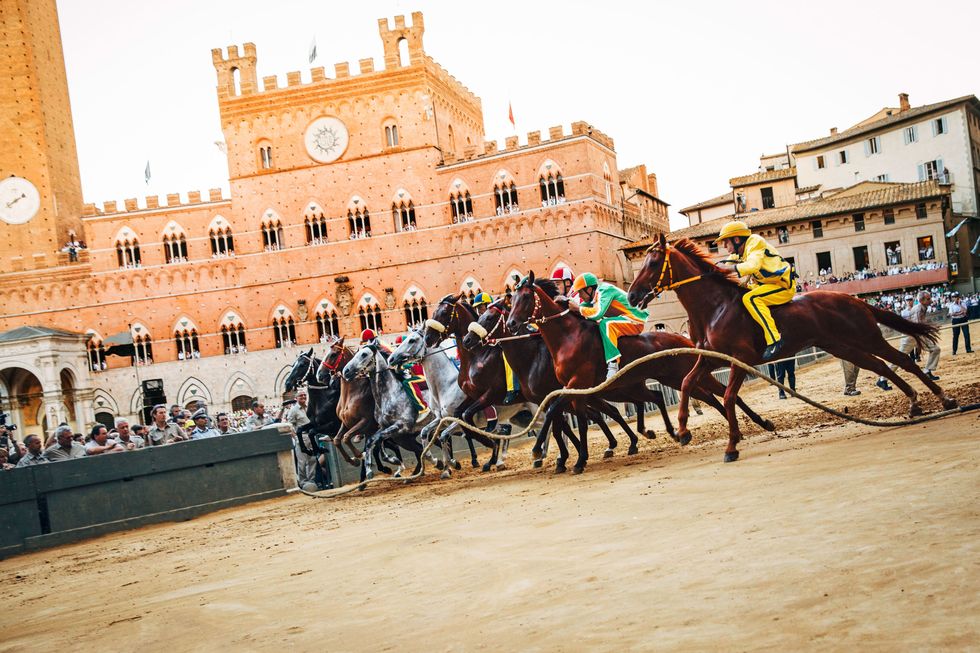 The atmosphere amid the emotionally-charged crowd is exhilarating. In Quantum of Solace, the twenty-second movie in the James Bond series, an intense chase through dark passages is intercut with heart-thumping scenes from the horse race in the piazza outside. As well, Cosima Spender’s documentary, Palio, provides rare insight into the underworld of Italy’s most famous horse race and one of its most prominent cultural events. 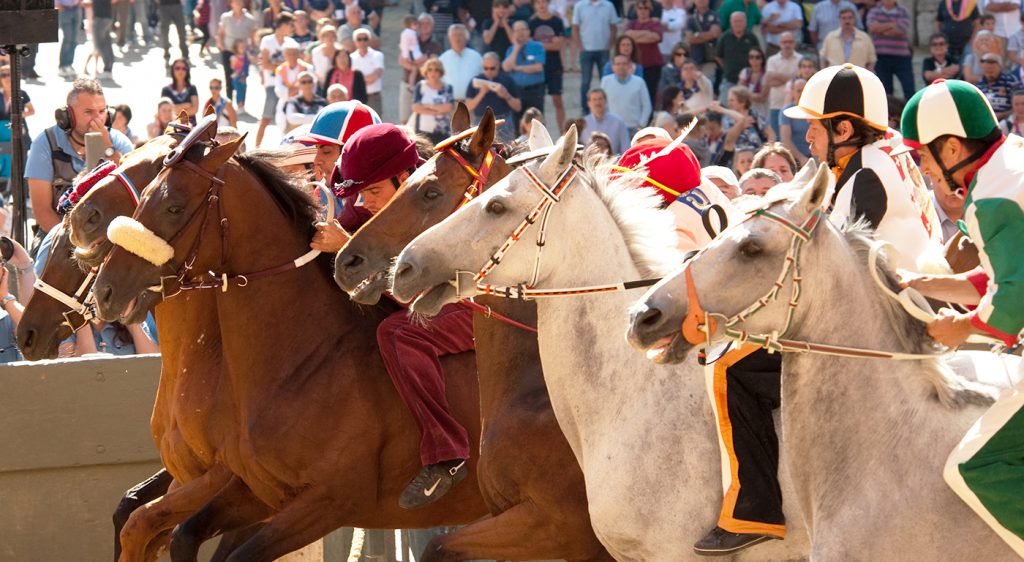 Although a secular festival, the Palio is swathed in religious rituals and symbolism, from a blessing of the horses and riders at a traditional mass, to the Madonna represented on the silk Drappellone hand-painted by local artists every year. 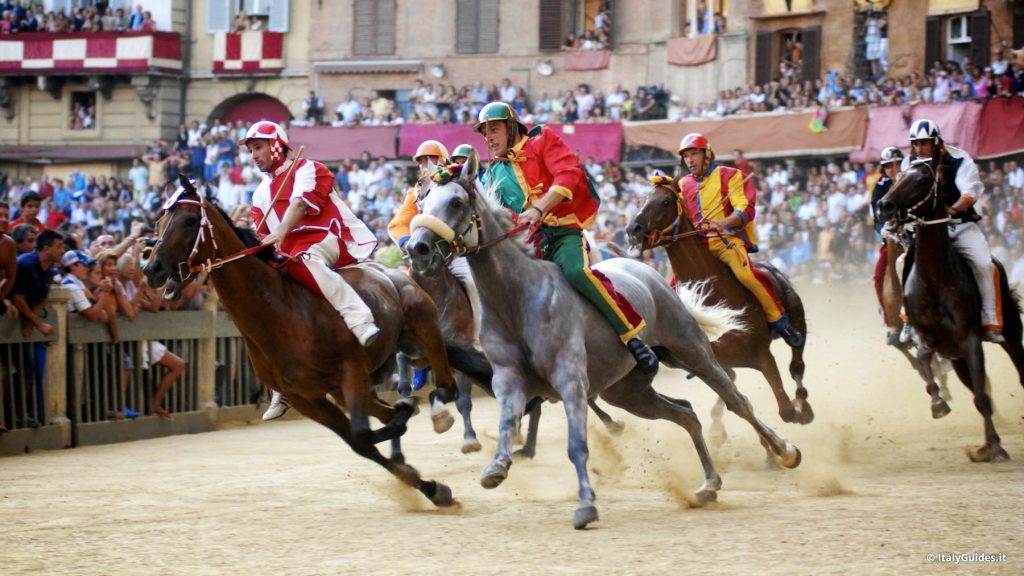 This year’s twice-annual Palio races had thrillingly close finishes. The Giraffa team, both horse and rider, extended their stride to win July’s race, and Selva’s mare, Remorex, took the honors “ scosso” reminiscent of her win in the 2018 Special Edition Palio.