San Miguel de Allende, for me, has gone from being a most enjoyable weekend destination to becoming my home. With its colorful colonial houses, traditions, friendly people and intercultural offerings, it has captured my heart. 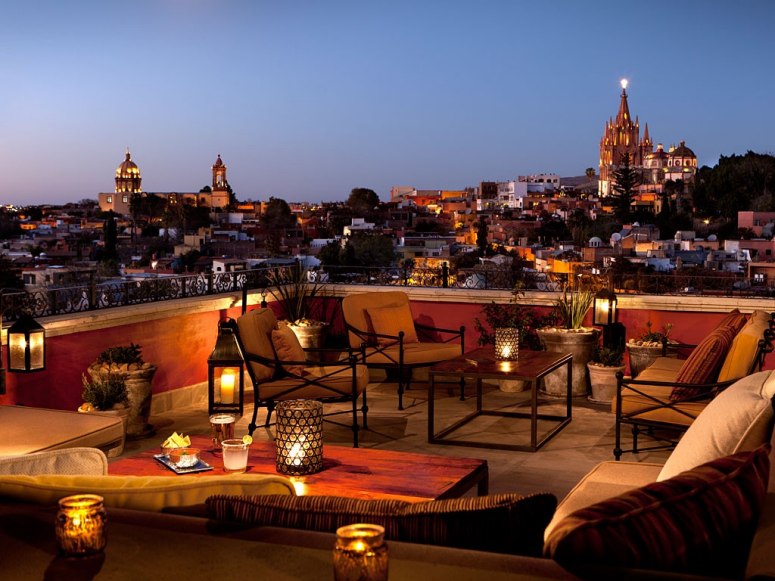 San Miguel de Allende is included as a UNESCO World Heritage Site for its state of preservation, authenticity and integrity enticing national and international tourists. Enfolded in its Baroque Spanish architecture is a thriving arts scene and with distinguished arts festivals. It has long been an artist’s retreat, full or part-time home to many established authors, musicians and artists.

The best way to discover the 469-year-old colonial city is to wander its cobblestone streets and discover its hidden treasures. 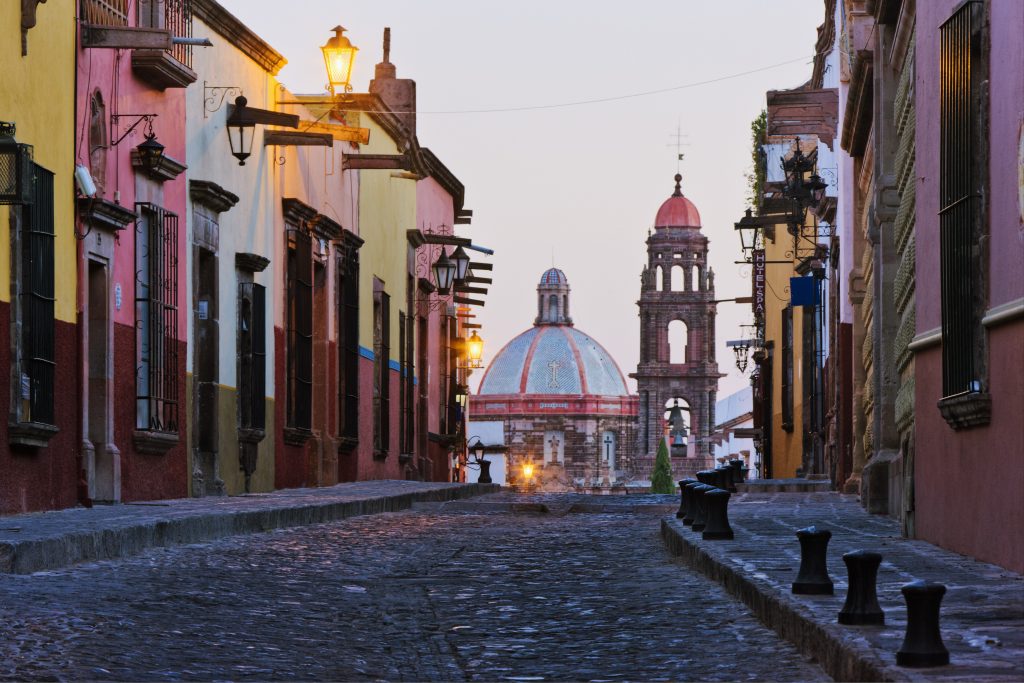 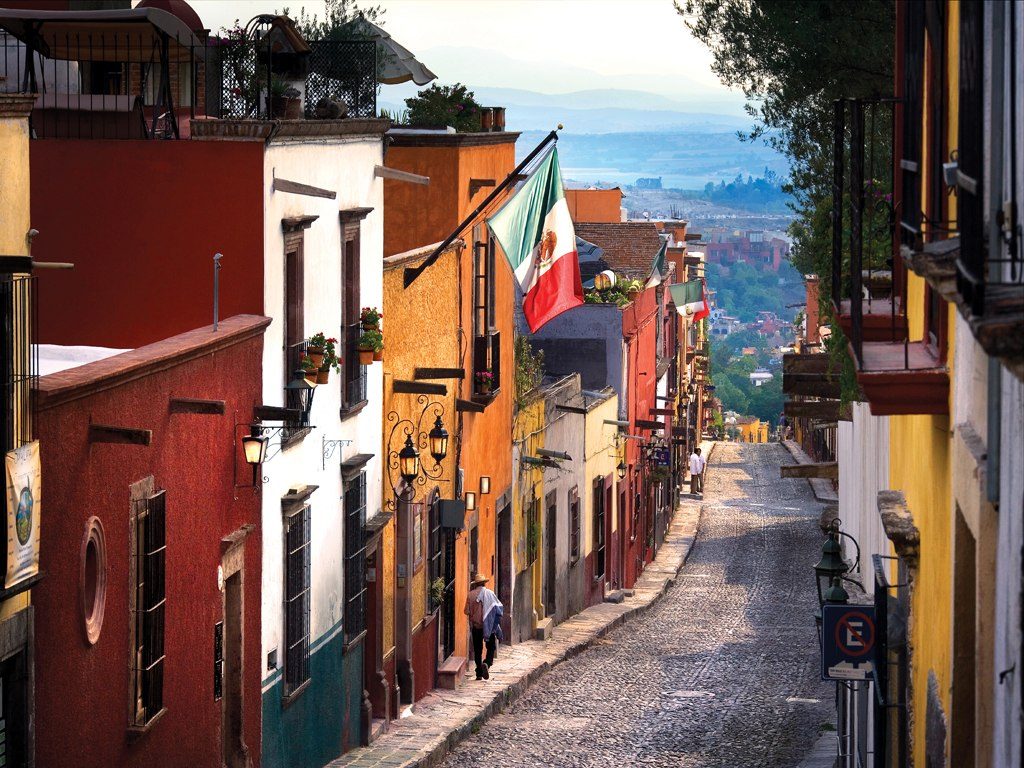 Interior decorating shops abound with Mexican pottery, glassware and artisanal work from throughout Mexico. Among these narrow streets are gardens, Spanish-Moorish courtyards of private homes with vivid colors painted on high walls in terra-cotta, maroon, ocher, chocolate brown, dark green, and the intense blue known as azul añil. They are adorned with plants and fountains, bordered by vaulted arcades and columned galleries, and often serve as open-air living rooms; the private version of the public plaza. Attached to these gardens are homes and high-ceiled boutique hotels delightful with their corbelled beams, carved-stone fireplaces and balustrades, colorful tile work, sculpted plaster, and other distinct notes of the past. 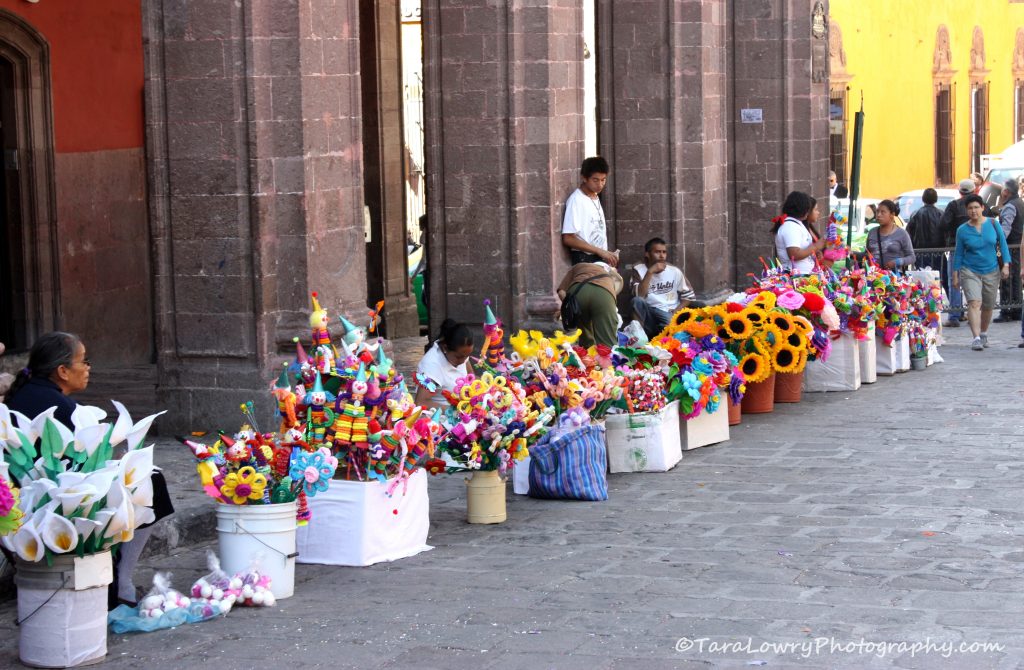 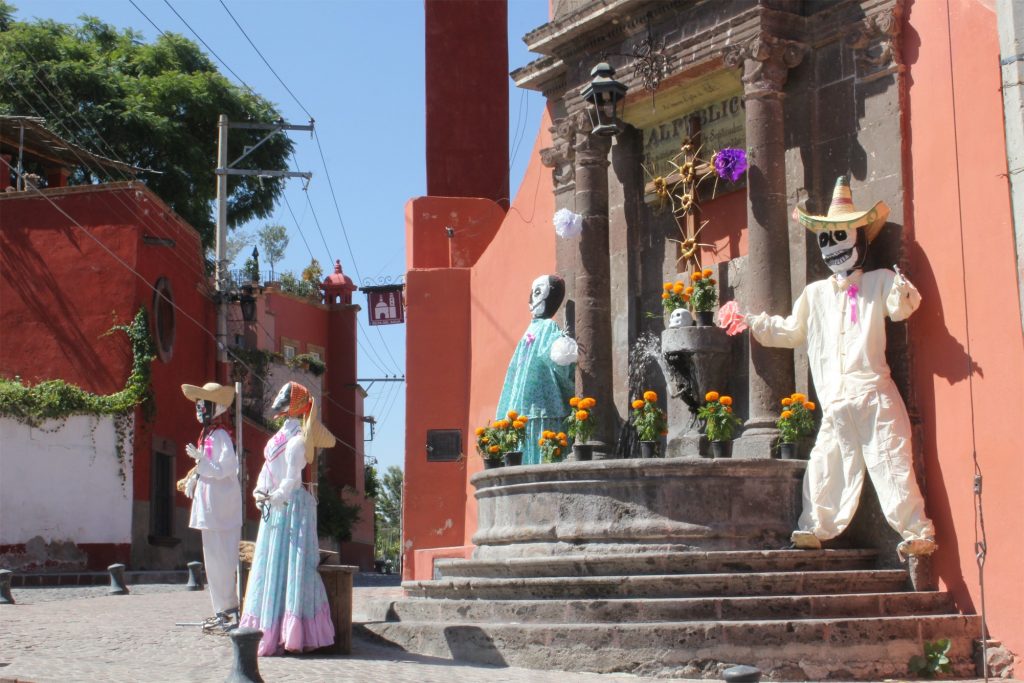 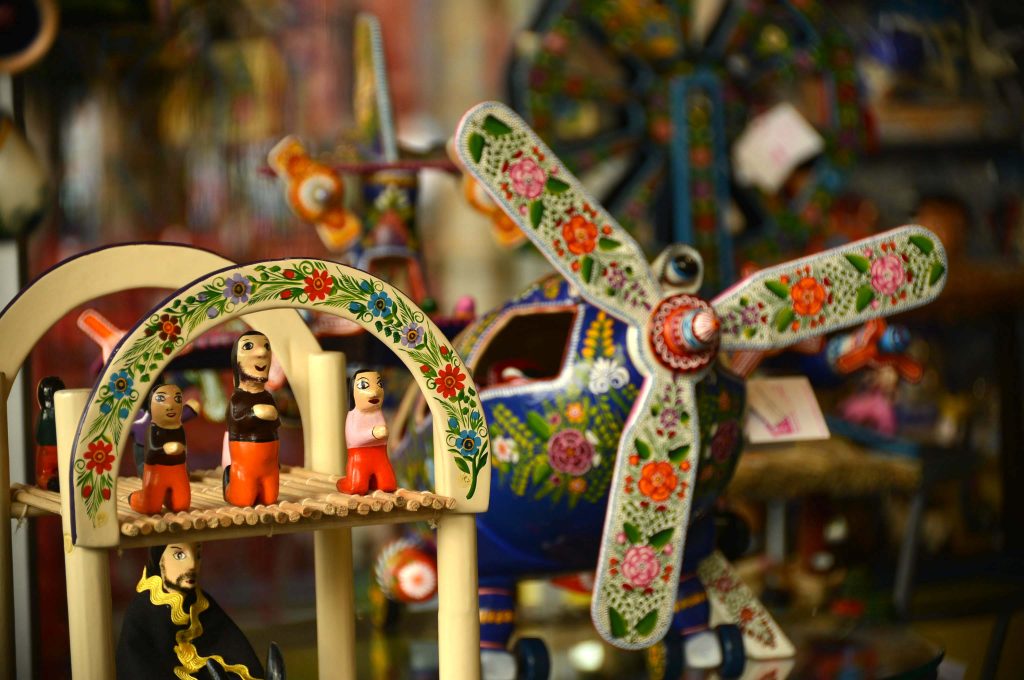 Tucked in among them are fantastic restaurants, steeped with elegant culinary perfection. In San Miguel de Allende, along with traditional Queretaro regional food, you can enjoy gastronomic delights from some of the most talked-about emerging and established chefs in Mexico and from around the world. 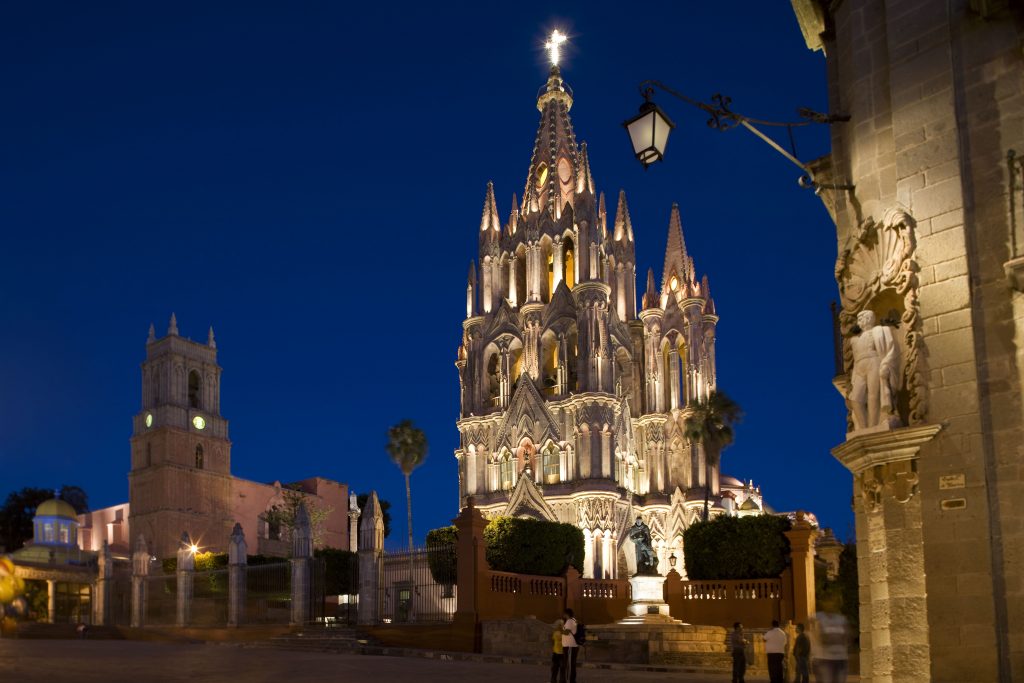 In summary, from the landmark Benito Juárez Park, its inviting town square and impressive churches like the Church of San Francisco and La Parroquia de San Miguel Arcángel – potent history and vital cultural activity – alongside intriguing old world meets new world architecture, you are beckoned into hidden and unique worlds and enriched through discovering, savoring, and enjoying all San Miguel de Allende has to offer.