An old adage in yacht racing dictates that to win a race, you first need to finish. A strenuous 38th edition of Rolex Middle Sea Race, held from 21-28 October, proved an emphatic case study. Of the 104 starters only 35 crossed the finish line off Valletta, Malta having successfully conquered the 606-nautical mile race’s challenging and diverse weather conditions. 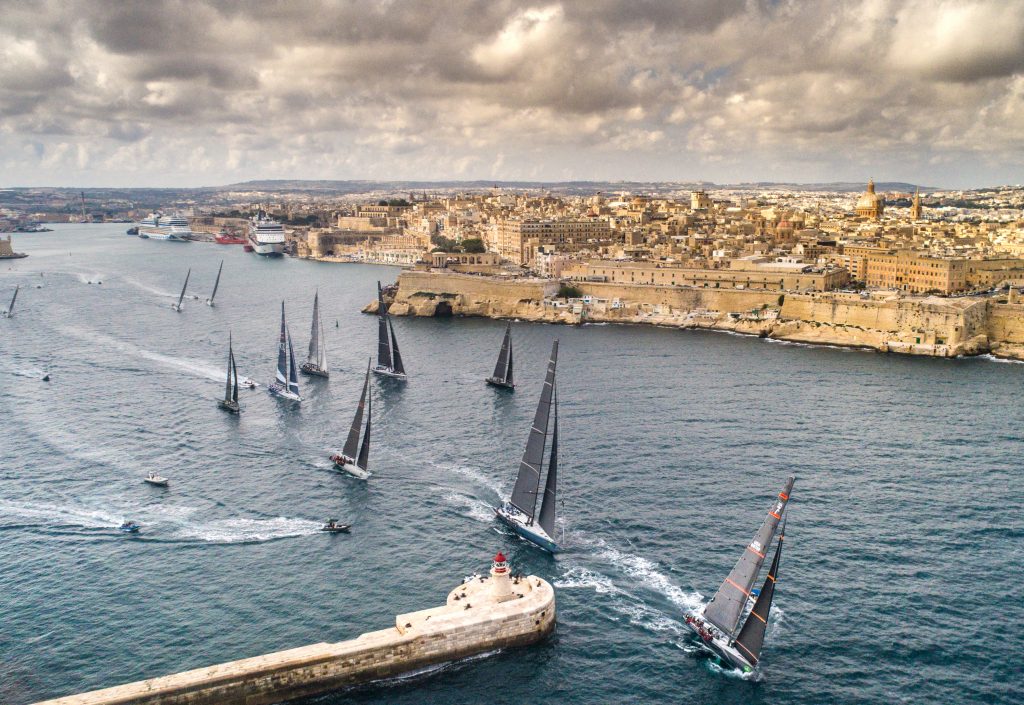 Offshore racing can be cruel in nature, exposing the merest flaw in preparation, planning or execution. Equally it can reward those able to surmount the challenges posed by the wind and sea, and master the complexities of a race which offers scarce, seldom respite.

Among the yachts to display these qualities were the race’s two standout success stories. The 38th Rolex Middle Sea Race, organized by the Royal Malta Yacht Club, was won overall by Bogatyr, a Russian-crewed JPK 10.80 and one of the smallest boats in the fleet. Ten years on from claiming the race’s triple crown of line honours, overall victory and race record, George David’s Rambler 88 was first to finish on the water for the third year running. Two notable performances duly rewarded at the final prizegiving with Rolex timepieces and a place in the history books.

In truth, all those who returned to Malta did so having shown resilience and determination in one of the more punishing editions of the race in recent years. For many of those who retired from the race, the decision to abandon was not simple given the time and commitment put into the race. Certainly, though, it was one based on seamanship and pragmatic sensibility.

A total of 14 Russian yachts started the race to the sound of the Saluting Battery cannons overlooking Grand Harbour, Valletta. The third most represented country on the 2017 Rolex Middle Sea Race start-line behind Italy and the United Kingdom; Russian crews have become an increasing presence at all of the world’s great 600-nm offshore races. Bogatyr’s triumph is easily the most significant to date.

Offshore racing can be a question of fine margins. The race, which saw the winning boat spend over 88 hours at sea, was decided by a mere six and a half minutes on corrected time. Second overall was James Blakemore’s all-South African crewed Music. His heavy-displacement Swan 53, perfectly suited to robust conditions, held leadership of the race for a few hours on the fourth day until her dreams evaporated following the performance of Igor Rytov and his crew. Gaining ground in the final 200 nm of the race down the west coast of Sicily, passing the islands of Pantelleria and Lampedusa en route to Malta, Rytov was relentless in his pursuit. 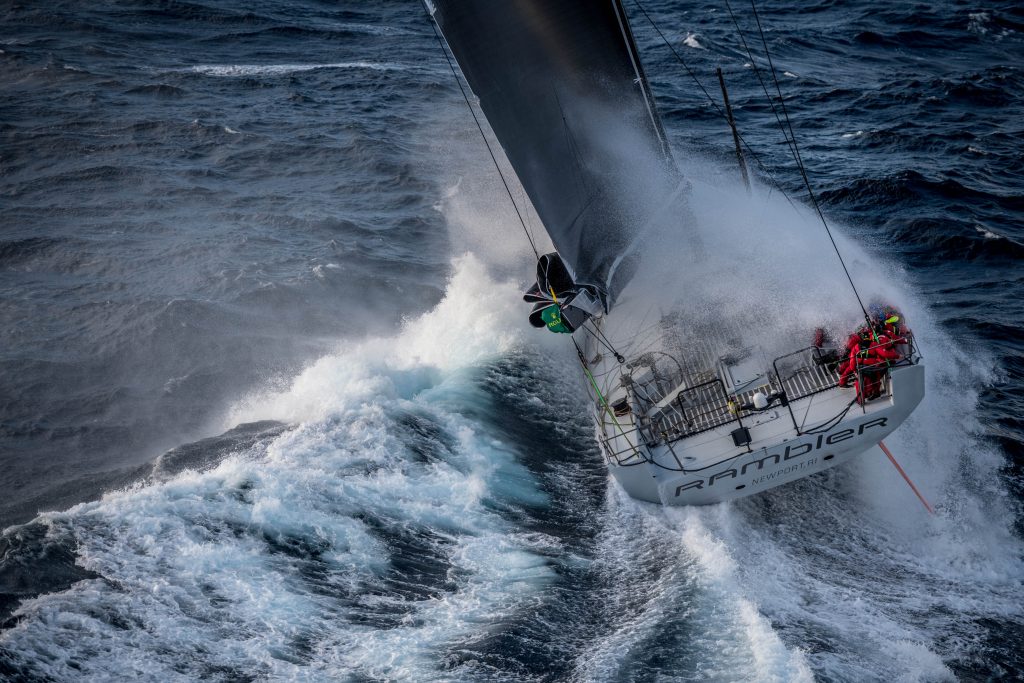 “This was the toughest offshore race I’ve done by far,” offered Blakemore. “At one point, we picked up 45 knots in a squall near Lampedusa. The rain came down and it was surreal. The boat and crew responded very well. This is a magical race. We went into it with low expectations because… this is yacht racing.”

In the end, glory and history would belong to Rytov and the crew of Bogatyr. “I sailed as a young boy in Moscow, but only started racing again four years ago,” revealed Rytov. “This is the second time we have competed in the Rolex Middle Sea Race and we have also competed in the last two Rolex Fastnet Races. We try to sail the boat as fast and as hard as we can, pushing all the time. We knew we had a chance when we started the last leg of the race, and that gave us the energy for the final night.”

Konstantin Besputin, the boat’s tactician, echoed Rytov’s indication that the crew’s approach was uncompromising. “It’s a really hard, amazing race. We worked 24 hours non-stop and really pushed. We are proud to be the first Russian team to win in the race’s history. We are kind of heroes.”

Bogatyr is not only the first ever Russian winner, but the smallest yacht to win since 2002, the first year of Rolex’s partnership with the race, when the J/109 Market Wizard co-skippered by local sailors John Ripard Jr and Andrew Calascione claimed the overall title.

George David’s American Maxi Rambler 88 started off as favourite for line honours. Having finished first on the water in all three of her previous participations, David’s clear intent ahead of this edition was to maintain his perfect record. One glance at his crew list, revealing the names of Brad Butterworth and Dean Barker, gave an immediate indication of his ambition. Fresh from her success at the Rolex Fastnet, Rambler 88 faced a number of rivals for the line honours crown. Within 24 hours the field had been whittled down. Technical issues thwarted the respective chances of two Maxi 72s, Proteus and Momo. And, while the 100-ft Maxi Leopard provided Rambler with her closest opposition, in reality David had control from the start. 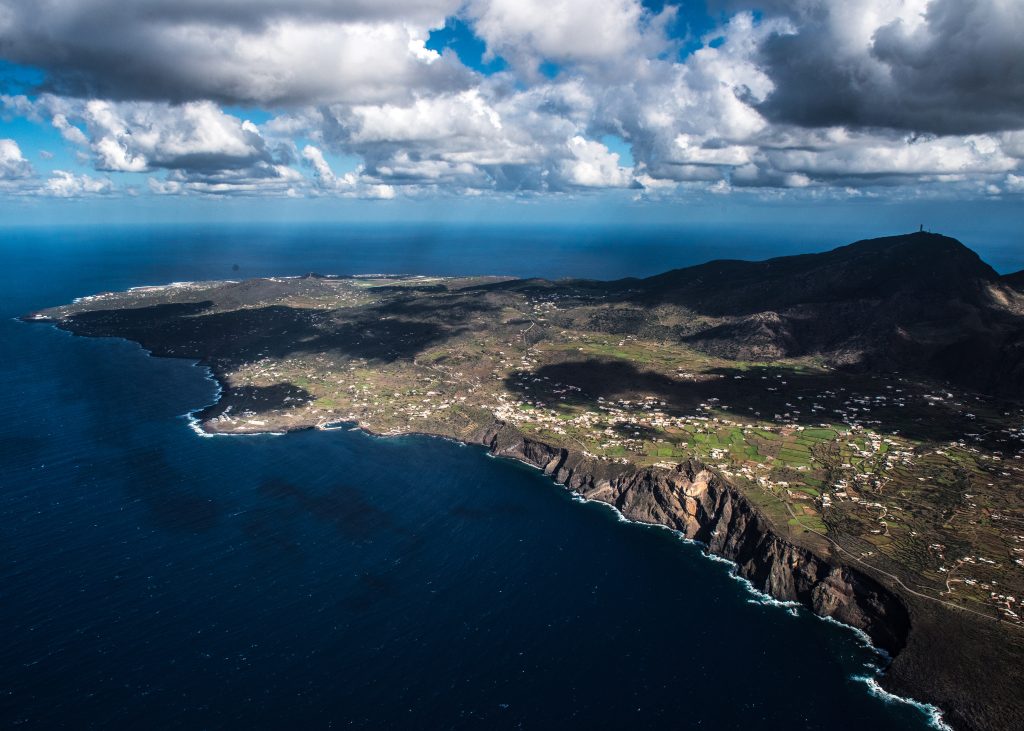 “It was a typical Rolex Middle Sea Race in that we parked for six hours at Stromboli like we always do!” laughed David. “The Mistral added an extra element this year and blew hard along the west coast of Sicily. In 2007 when we broke the race record it blew even harder. We saw mainly mid 30s and some 40s. It was exciting and certainly wet. Distance races in the Mediterranean can often be like this. They are rarely in between in terms of conditions. Here we had extremes of both.”

In claiming three straight Rolex Middle Sea Race line honours, Rambler 88 equals the record of Benbow (1975-77) and Esimit Europa 2 (2010-2012). David left no doubt that he would be back to attempt to better his record. “This is the best race course in the world. It’s already on our calendar for 2018.”