The new Hotel Bulgari Beijing opened its doors in the heart of the exclusive Embassy District of Beijing. Designed by architects Antonio Citterio and Patricia Viel, crowning 7 years of meticulous works of construction, the fourth jewel of the Bulgari Hotels & Resorts rises within the new Genesis Project, an oasis of tranquility that balances art and nature. 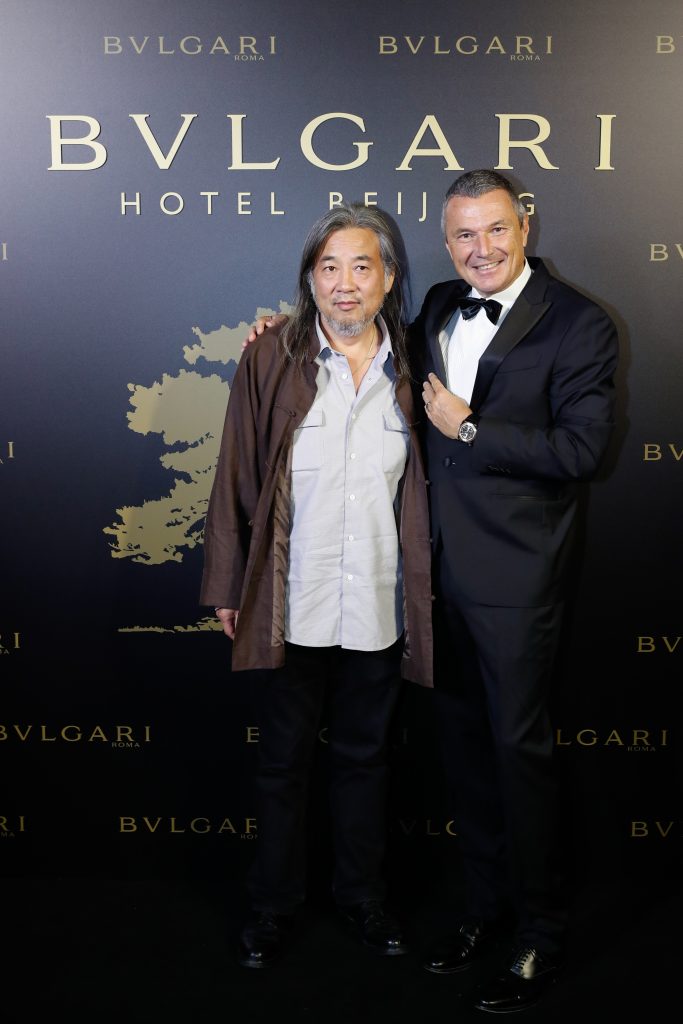 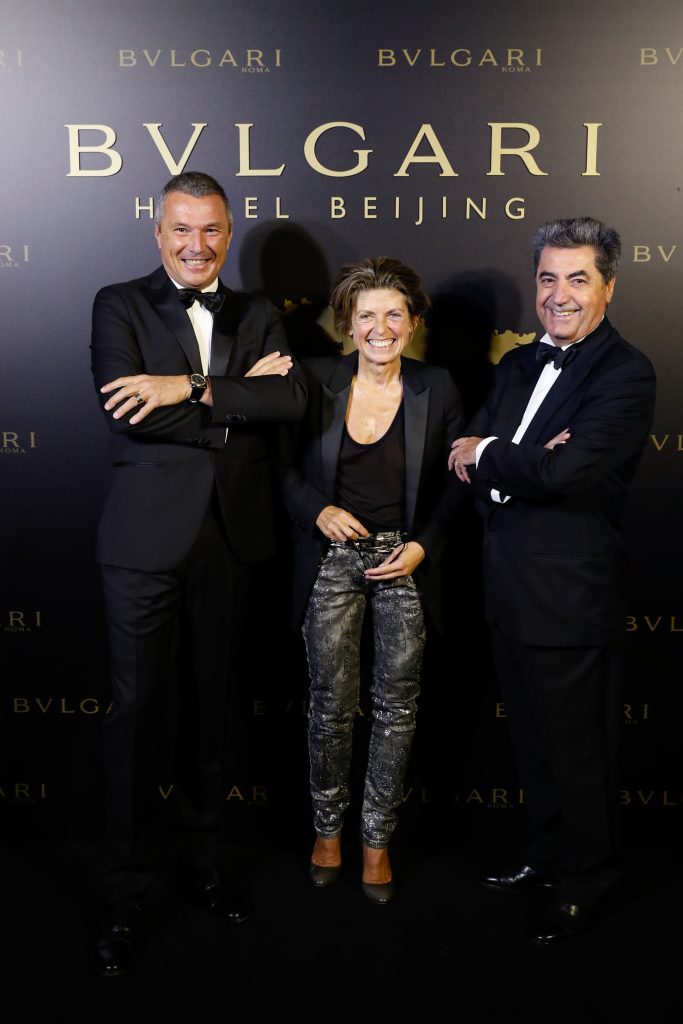 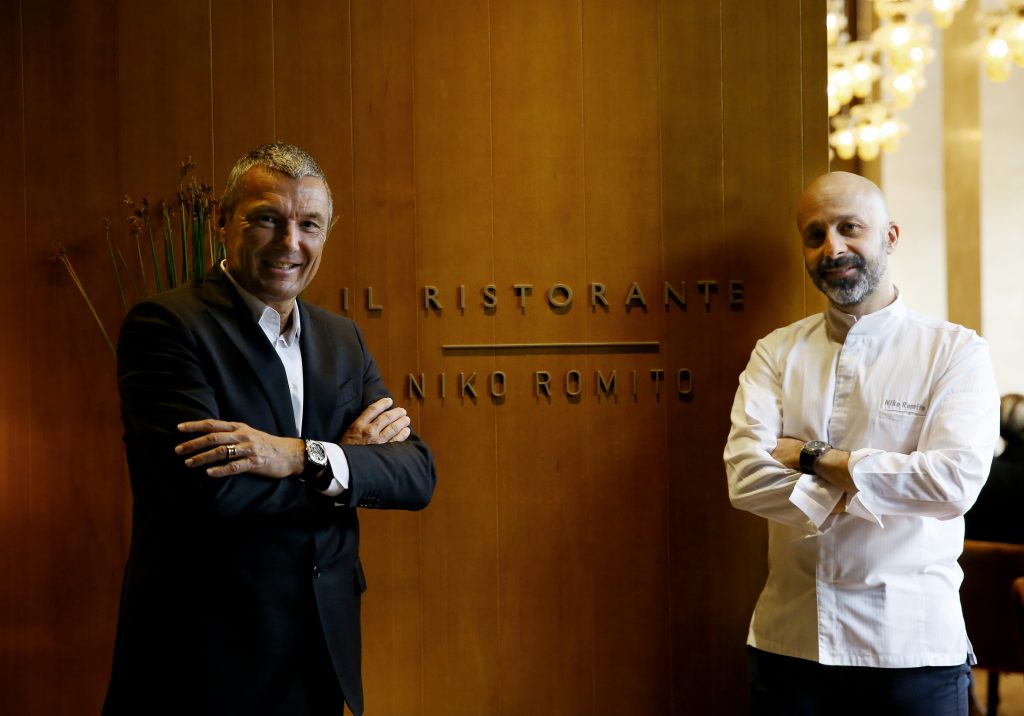 Top celebrities, artists, designers from Beijing gathered to celebrate the dinner of inaugural gala of the hotel, organized by Jean-Christophe Babin, CEO of Bulgari and Antonio Saponara, General Manager of Hotel Bulgari Beijing. Michelin chef Niko Romito, head of Il Ristorante at Bulgari Hotels & Resorts, gave a dinner special for the occasion, which expresses its philosophy and concept of simplicity of a kitchen original. 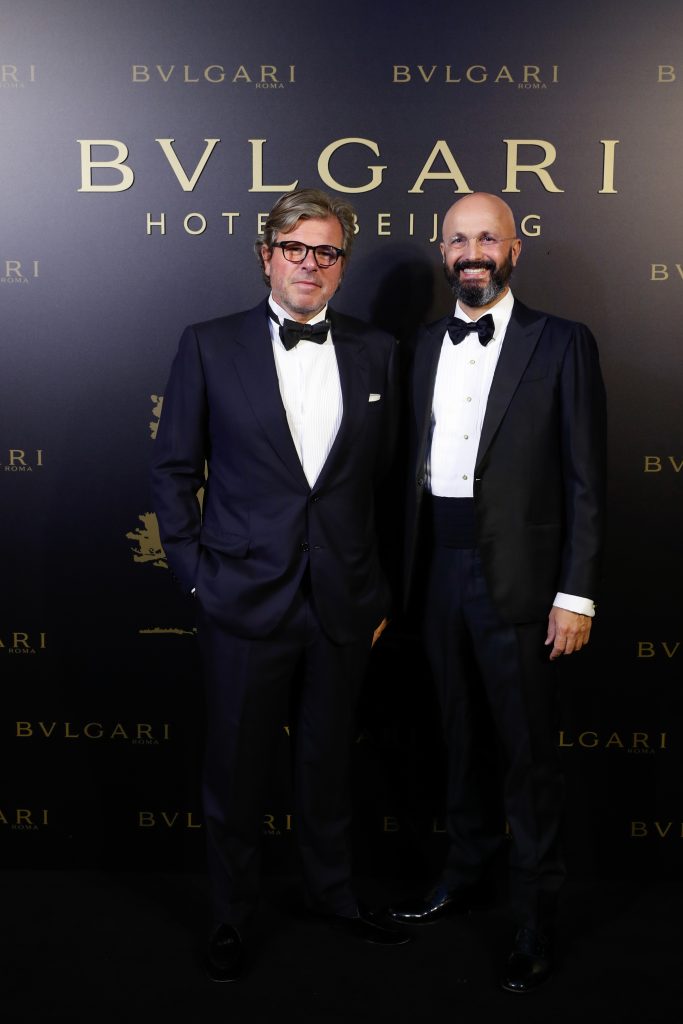 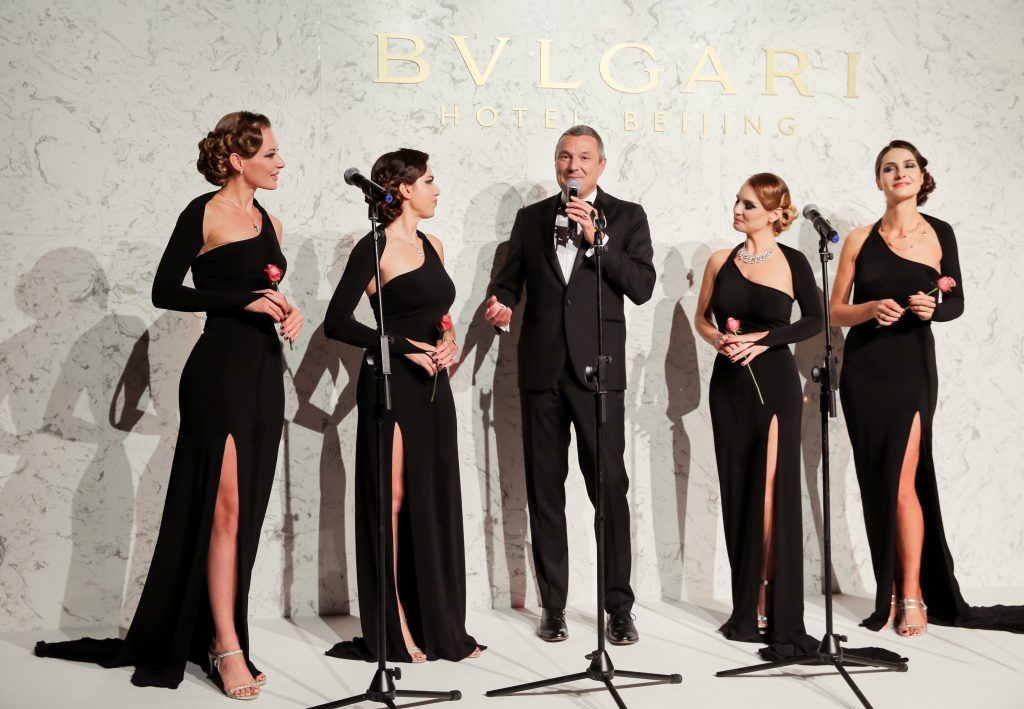 During the dinner in the ballroom, with tables decorated with flowers and candles, the CEO of Bulgari, gave the audience a speech on the ancient root of the relationship between Italy and China, followed by a delightful performance by the quartet LE DIV4S, who performed a selection of the best classical arias of the Italian opera. 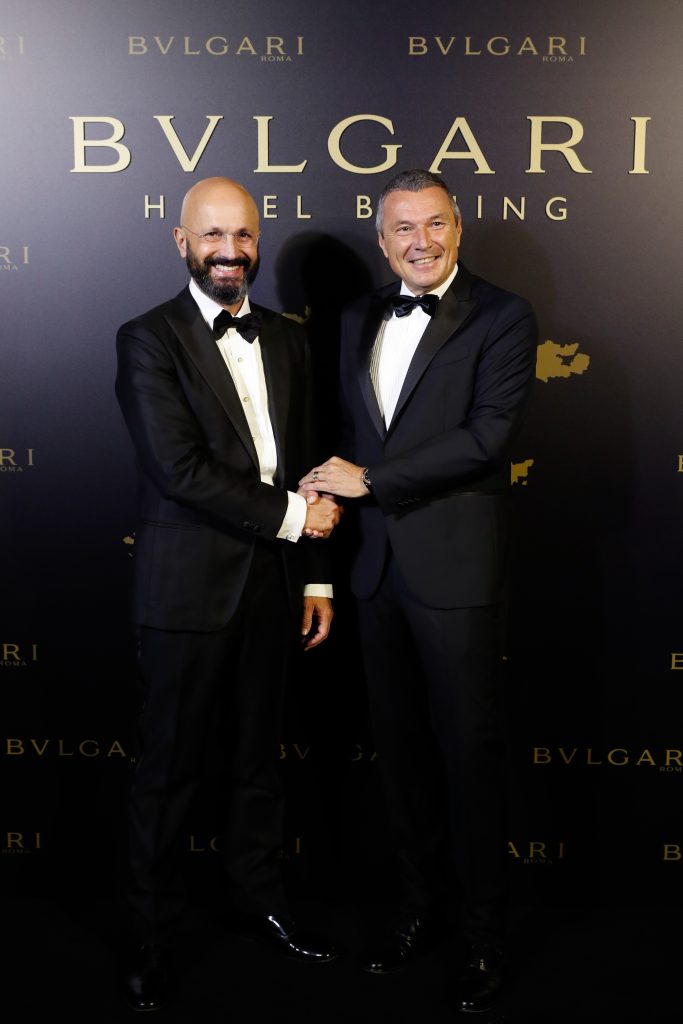 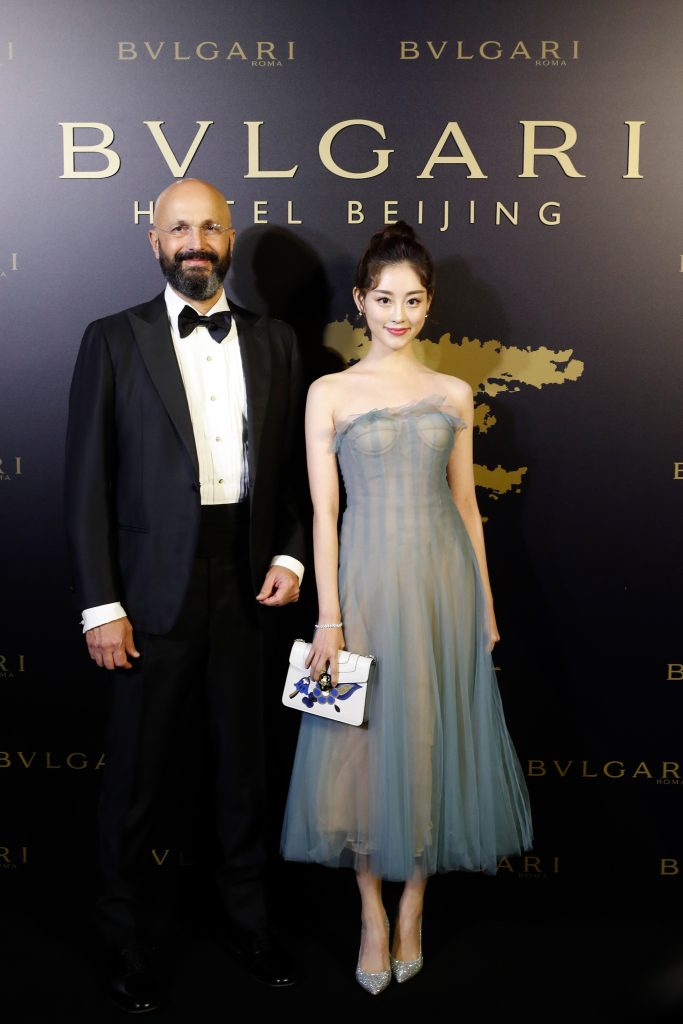 The dinner was accompanied by a session of DJ set, as well as live jazz, which gave the welcome guests with an intimate atmosphere on the terrace of Il Bar. Among the guests present was the actress and ambassador of Bulgari: Shu Qi, in company of model Zhang Ziyi, while the list of VIP guests included the socialite Meng Guangmei, actors Zhu Xudan and Sun Jian, the television presenter Chen Luyu, in addition to the artists Yan Pei-Ming and Irene Kung. 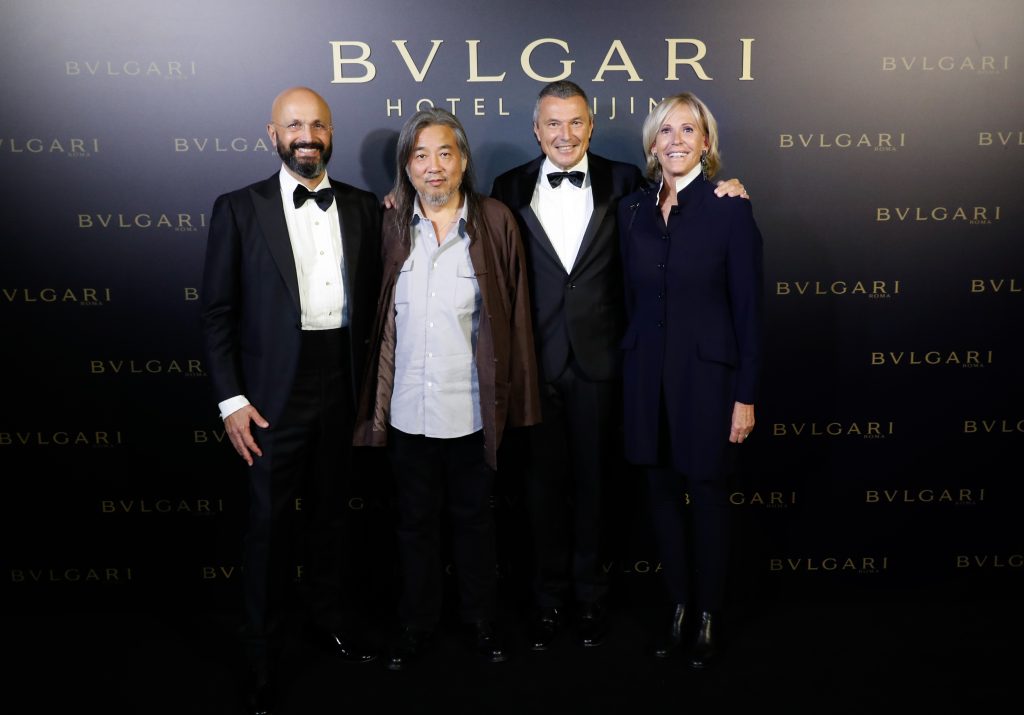 During the press conference offered to officially present the project, in the presence of Silvio Ursini, Executive Vice President of the Bulgari Group, architects Antoni or Citterio and Patricia Viel, land designer Enzo Enea, chef Niko Romito, Antonio Saponara and artist Irene Kung, Jean -Christophe Babin unveiled the striking portrait of Sotirio Bulgari, the founder of the Maison, which will be displayed in the lobby. The painting was created by the renowned contemporary Chinese artist Yang Pei-Ming, who was also part of the conference. “The inauguration of the first Bulgari hotel in China underlines the importance of this market for our Brand, since it is also a symbol of the fruitful dialogue between our countries,” Babin said. 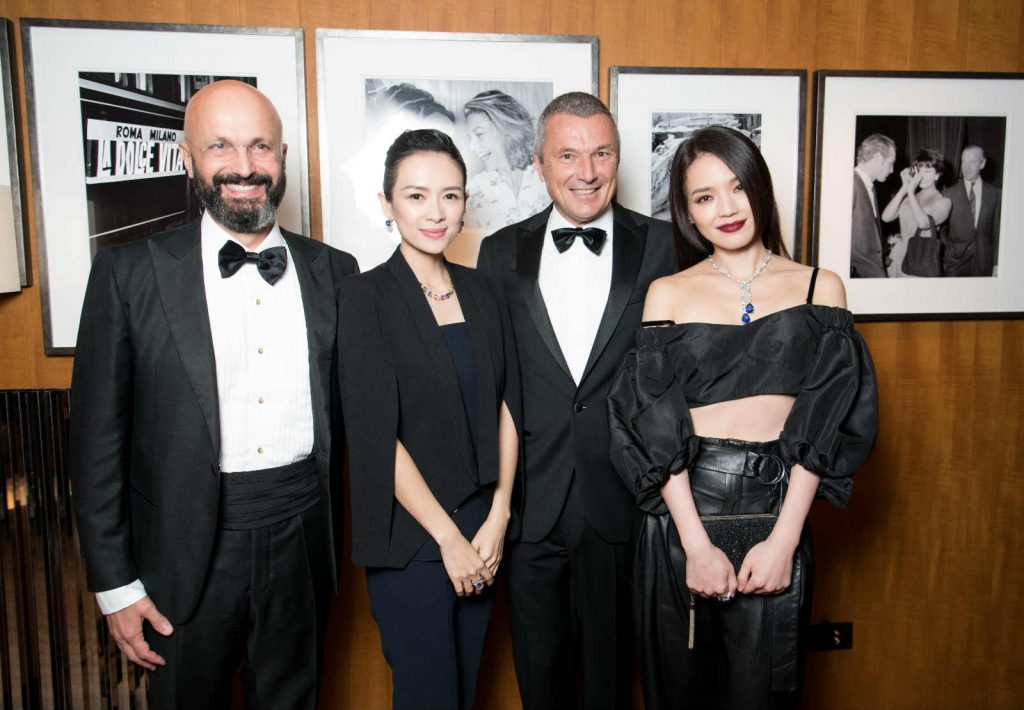 Silvio Ursini, who happened on the stage, presented an overview of the collection said: “The Hotel Bulgari Beijing has been designed and built with the same spirit and attention to the details that characterize all our properties. We firmly believe that the extensive use of precious materials, such as marbles Italian, wood details and fabrics, as well as the combination of the best furniture and meticulous Chinese handicrafts, will meet the expectations of our clients”