A Breathtaking Gala de Danza 2018 at the Viceroy Los Cabos

Combining masterful artists and dancers amidst the iconic background of the future Viceroy Los Cabos, Gala de Danza 2018 was a glorious occasion. 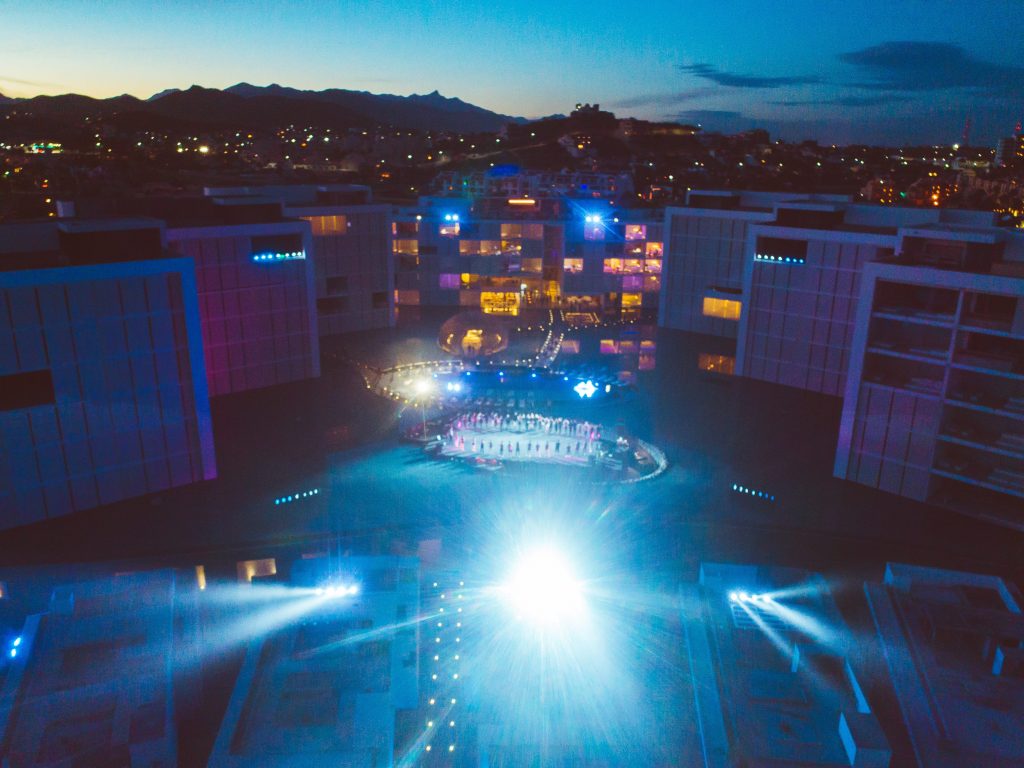 Guests enjoyed the on-stage performance of a wide range of world-renowned artists, from the balcony of their hotel suites with canapés and champagne. 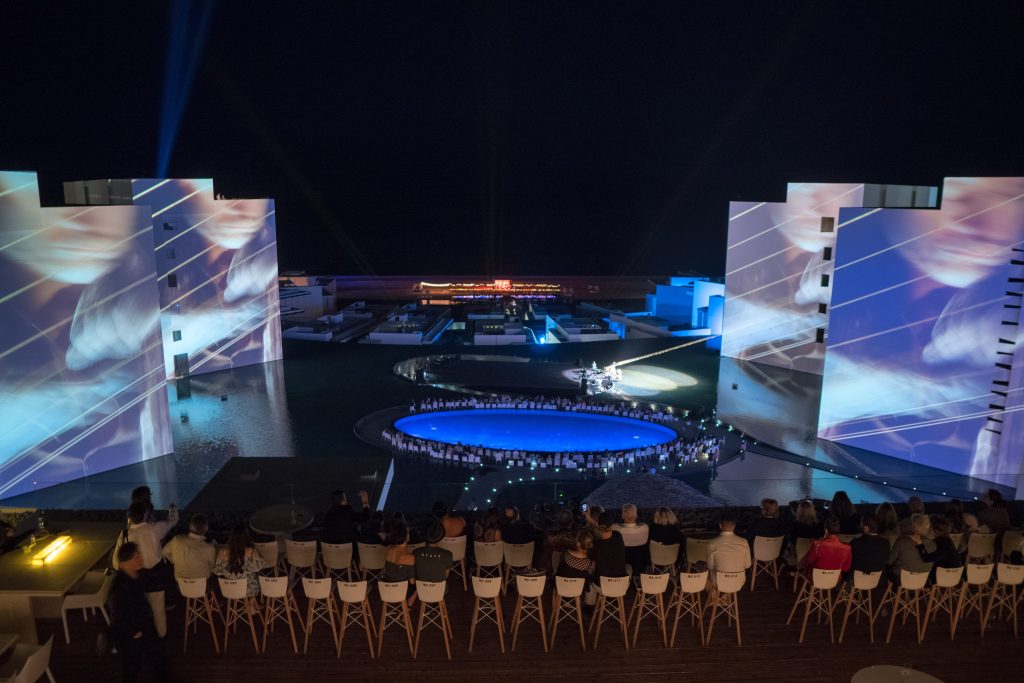 With the feeling of an open air amphitheater, framed by the stunning architecture of the hotel and the Sea of Cortez, this legendary gala astounded all viewers present. 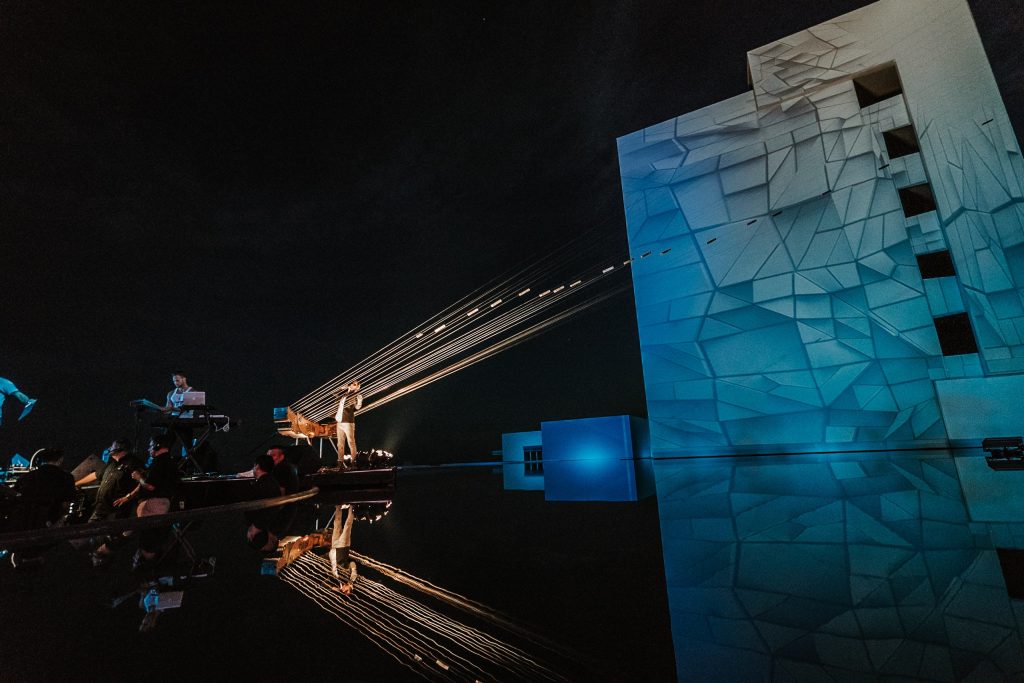 With the strings of the harp hanging 150 feet from the building, the harp of the Earth interpreted by William Close with percussionist Shawn Barry offered amazing sound throughout. 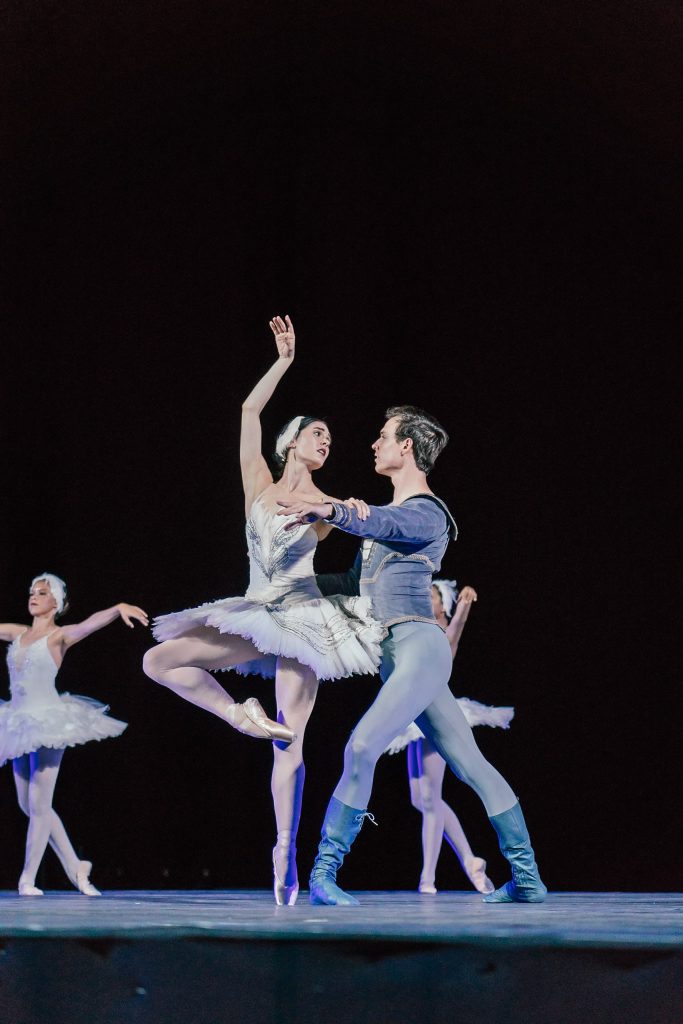 The main dancers, Beckanne Sisk and Chase O’Connell shone in their performance while wonderfully commanding 60 swans that appeared in the water. In their choreography of the classic Tchaikovsky Lake of the Swans, Maxim Beloserkovsky and Irina Dvorovenko were visions to behold. 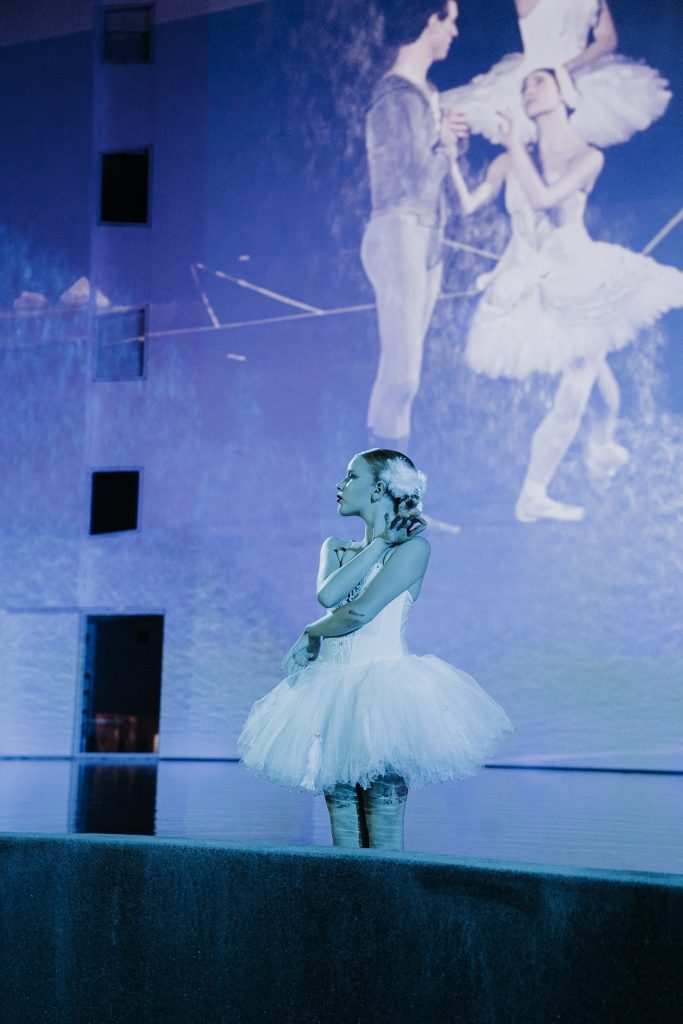 The talented local community also played a major role in Gala de Danza. Juliano Nunes’ and Morgan Lugo’s interpretation of “Back Forward Back,” along with Angelina Jordan’s, and young dancer Tate McRae’s duo of “Back to Black” by Amy Winehouse, left the audience speechless with amazement. 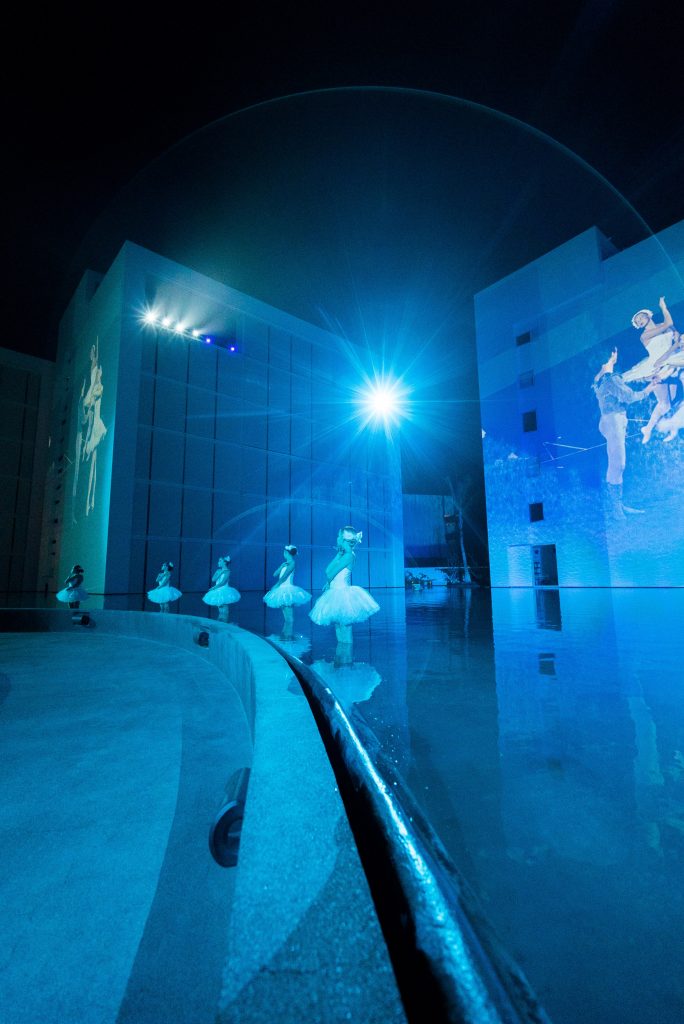 Enrique Bejarano, a young talent discovered in Mexico, performed two pieces including “Toreador,” which was a tribute to his father. He also danced “Giselle” with maturity beyond his years. The graduate student of the Princess Grace Academy in Monaco, Shale Wagman, also danced and choreographed a stunning piece. 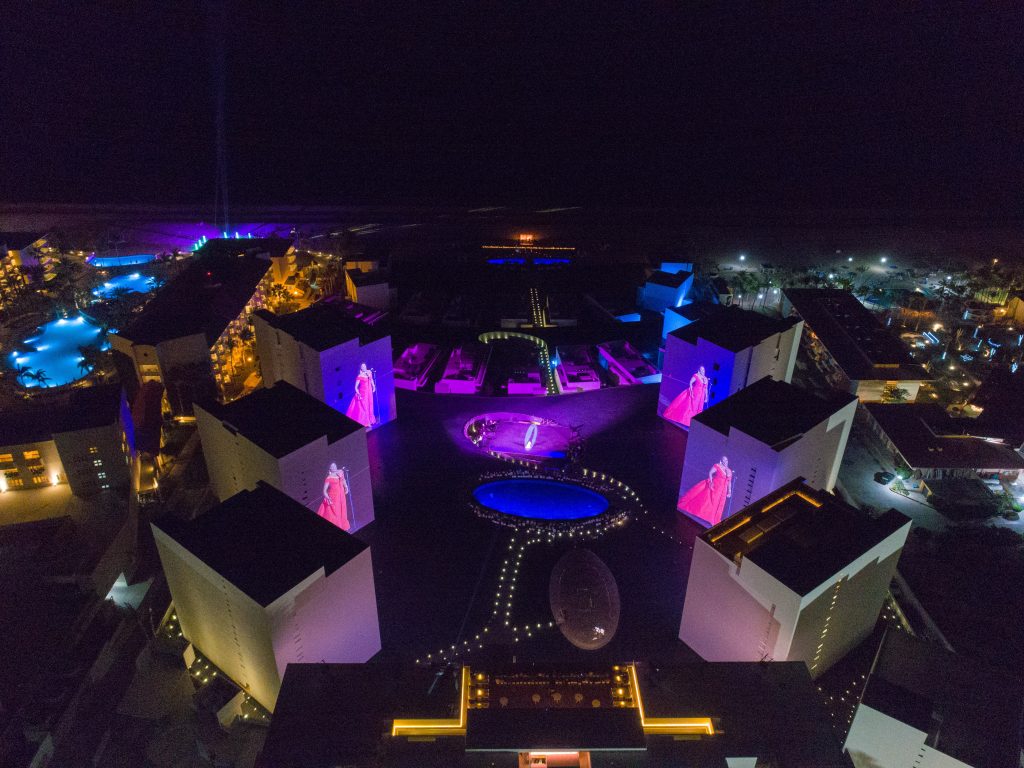 Tiler Peck and Lil Buck performed “Petrushka” with the choreography of Jennifer Weber, a collaboration endearing and stylistic of a street dancer and Prima Ballerina.

The audience was captivated by the performance of “Fly Me to the Moon” by Angelina Jordan, as well as by the extraordinary video mapping skills of Quixotic. 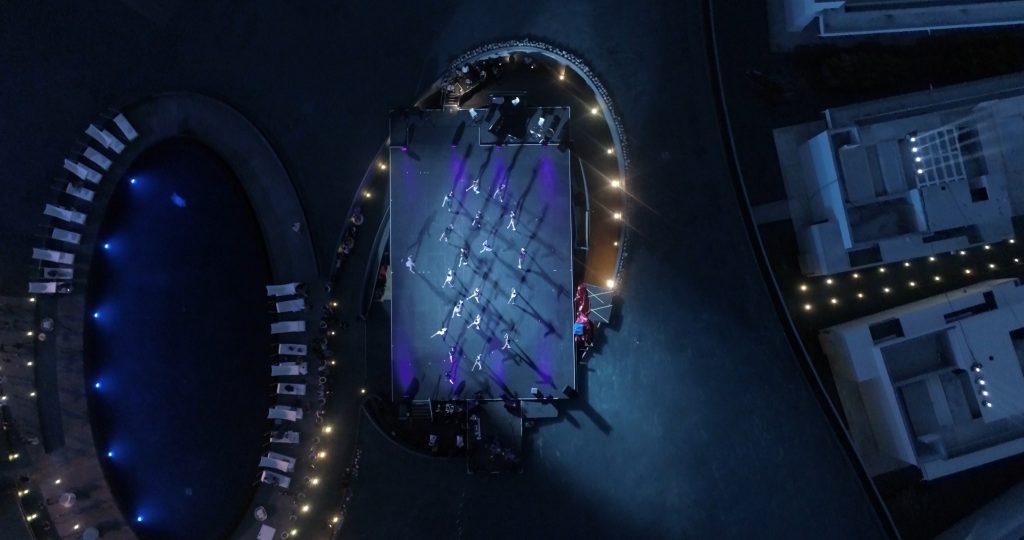 The grand finale, a Flash Mob of break dance by Alex Laya, composed of 100 local dancers from the community, caused an eruption of cheers and applause and a great ovation.

Christina Lyon, founder and artistic director of Gala de Danza, has created a visionary gala that truly inspires the public with incredible performances. “I knew that the moment I saw this space it was something I craved,” said Lyon. The vision and passion of Christina Lyon have intertwined in a magnificent event that simply left everyone breathless.