Harrie Smolders (NED) has dramatically won the 2017 Longines Global Champions Tour title making history with victory before the final leg has even played out.

The Flying Dutchman declared “it feels great” and said he was “really, really honoured” as he celebrated following a spectacular Longines Global Champions Tour Grand Prix of Rome, which was won by rising star Evelina Tovek (SWE) aboard her phenomenal dapple grey gelding, the 9 year old Castello 194. Marcus Ehning and Funky Fred were third on the podium in the Italian capital.

Clearly emotional after his landmark win, Smolders spoke of the extraordinary calibre of previous champions, both human and equine, and his pride that his name will join the illustrious athletes on the coveted Longines Global Champions Tour trophy. His phenomenally consistent scorecard on the circuit included an LGCT Grand Prix win in Chantilly, podium finishes in Paris, Hamburg and Rome and fourth and fifth places in London, Shanghai and Miami Beach.

He credited his achievement as LGCT Champion of Champions to his high performing stallions Don VHP Z and Emerald allowing him to switch between the superstar horses during the formidable tests of the world class series. 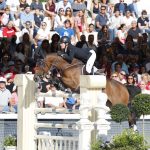 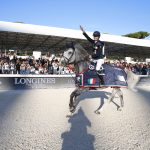 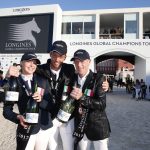 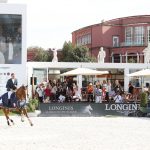 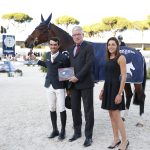 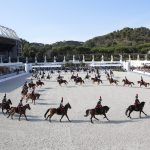