Elegance, sportiness and exclusivity. This can be summed up as the new Porsche Panamera, which was one of the great protagonists of the thirty-first edition of the Great International Competition of Elegance, which took place during the weekend in Huixquilucan (State of Mexico).

Along with more than 400 vintage cars with at least 40 years of life, the new Panamera, a model of the 919 E-Hybrid that competes in the World Championship of Resistance (WEC) and two other very special cars: the 911 Exclusive Edition and a 911 Carrera S ‘One of a Kind’, a unique version in the world with the colors of the Mexican flag that commemorates the first 15 years of existence of the Porsche subsidiary of Mexico.

“The tradition, quality and exclusivity of Porsche has been maintained throughout its history thanks to the legendary 911, competition sports and also more recent masterpieces such as the Panamera, a car that is part of history Automotive world, “said Edgar Casal, General Manager of Porsche Mexico.

The manager took the opportunity to highlight the good performance that the brand lives in our country. “Between January and February we sold 225 vehicles, which means a growth of 10.8 percent compared to the same period last year,” Casal said.

With its sporty silhouette highlighted by the dynamic layout of the roof lines and new sides, the new Panamera combines better than ever two apparently contradictory features: the performance of a true sports car and the comfort of a luxury limousine. To this end, several points of this Gran Turismo were retouched and adjusted. The second generation of the Panamera is destined to become an icon in the luxury segment. With this transformation Porsche has systematically improved the Panamera concept, to get a four-door car redesigned and evolved to the last detail.

The dynamic layout of roof lines and new sides of the new model accent more than ever the silhouette of a sports car. At the rear, the roof contour becomes the charismatic Porsche flyline.

And to continue with the celebration of the 15 years of Porsche Mexico was exhibited the 911 Carrera S ‘One of a Kind’, a unique version in the world based on the 911 Carrera S model with a 3.0-liter engine and 420 hp. In addition to the special elements produced for this commemorative unit, a number of options have also been included focused on sportsmanship and personalization, through Porsche Exclusive. The unique features that this unit has are the exterior strips commemorative with the colors green and red, the aluminum moldings of the doors illuminated with the Mexican flag and the anniversary slogan, the central armrest with engraving ’15’ and finally The molding of the glove box in aluminum also with the anniversary slogan. 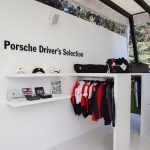 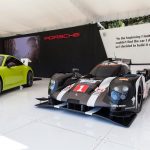 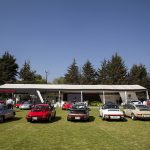 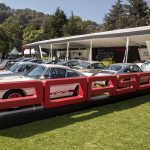 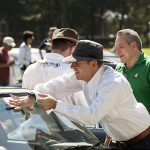 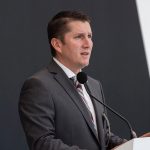 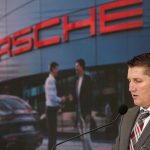 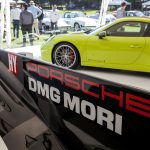 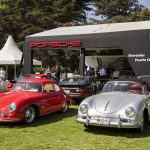 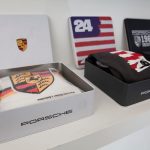 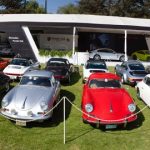