Star-Studded TIFF Gala Presented by BOVET 1822 and Artists for Peace and Justice Raises $1.1 Million In Support of Education in Haiti

The Artists for Peace and Justice (APJ) Festival Gala, presented by title sponsor BOVET 1822, returned in its ninth year at a new downtown location, the Art Gallery of Ontario (AGO) on September 10, 2017. $1.1 million dollars was raised at the gala event, which was held during the Toronto Film Festival. Co-chaired by Natasha Koifman and Suzanne Boyd, the APJ Festival Gala was co-hosted by an influential team, including APJ founder Paul Haggis, andjoined by, Cuba Gooding Jr., Ben Stiller, Shantelle and Yannick Bisson, and George Stromboulopoulos, and Audrey Raffy, daughter of BOVET 1822 owner Pascal Raffy. 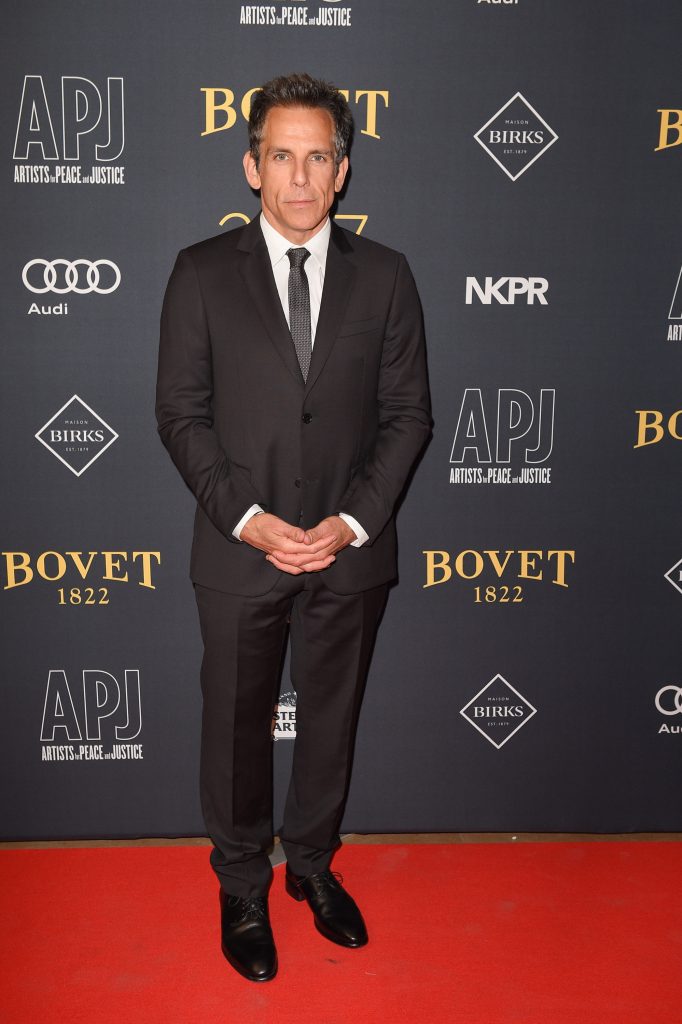 Ms. Raffy is a firm supporter of her father’s projects and shares his dedication to APJ. Thanks to BOVET’s exceptional support, APJ is able to give 100 percent of every dollar raised directly to supporting health, dignity, and education initiatives in Haiti. Since Pascal Raffy’s acquisition of the Swiss watch manufacturer, the charity endeavors undertaken by BOVET 1822 have been devoted exclusively to children and education. In 2013, Mr. Raffy was so moved by what he experienced working with APJ that he pledged an official, long-term partnership between his company and the charity, founded with a commitment to excellence, integrity, and transparency at all stages. BOVET 1822 has contributed $1 million of support annually for five years, for a total of $5 million to date. Mr. Pascal Raffy and BOVET’s significant contribution to APJ has been made permanent through the founding of the Academy for Peace and Justice.

“My will to give hope to Haiti’s children through dignified education, perseverance and pride is indefectible,” said Pascal Raffy. “Today in Toronto, BOVET’s commitment alongside Artists for Peace and Justice is stronger than ever and I am proud to exclusively devote BOVET’s charity endeavors to the poorest and most deserving youth.”

The event kicked off with a surprise for guests in attendance, when APJ CEO David Belle and Haggis called on notable attendees to join them in the spirit of social justice and activism to help serve the meal. All the co-hosts jumped up from their seats and proceeded to serve the guests. 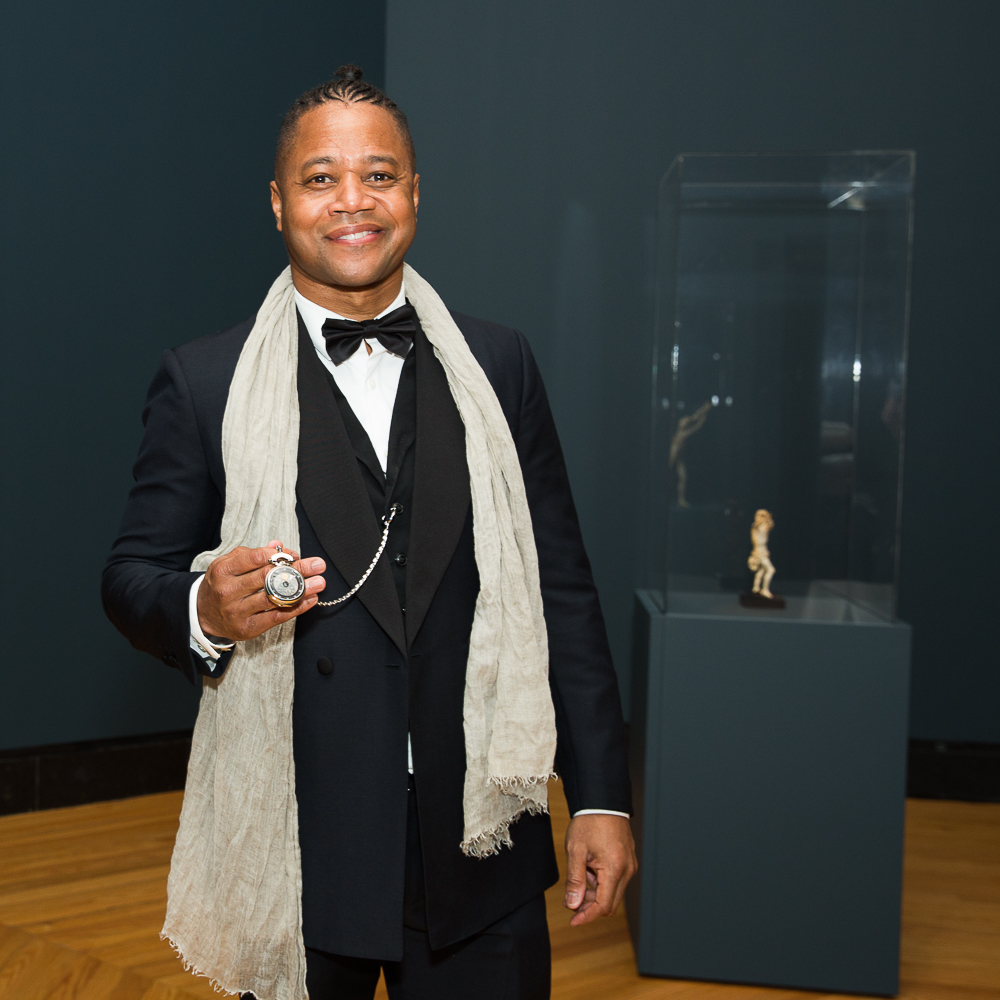 The evening continued with George Stromboulopoulos introducing the inaugural Canadian Changemaker Award, presented by Birks, to philanthropist Gary Slaight, honoring his commitment to supporting causes with integrity and impact. 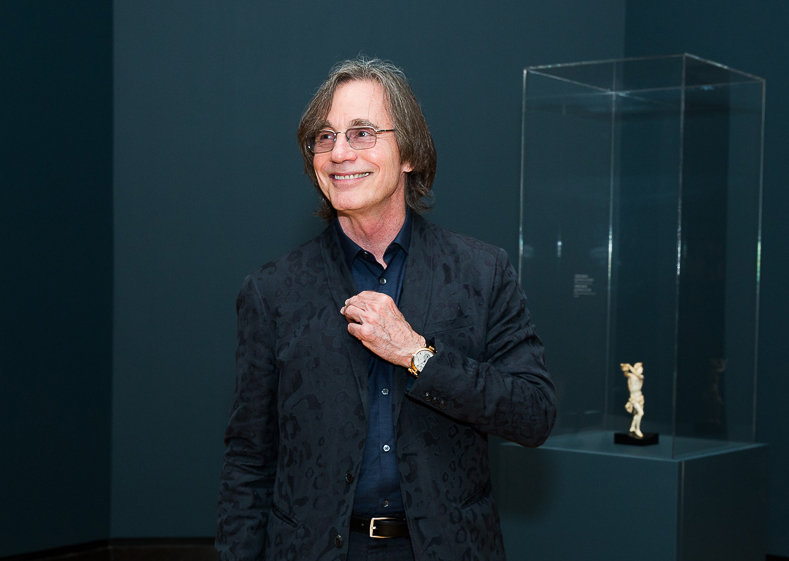 Later that evening, Haggis and Belle with Bovet 1822’s Audrey Raffy presented Rock and Roll Hall of Famer Jackson Browne with the 2017 Peace and Justice Activism Award, previously awarded to Sean Penn and Susan Sarandon. This award celebrated Browne’s lifetime of activism and commitment to peace and social justice both in Haiti and around the world.

Audrey Raffy, elegantly dressed and wearing her namesake“Miss Audrey” BOVET 1822 timepiece, personally presented BOVET 1822 timepieces to Ben Stiller, and Cuba Gooding Junior as a token of thanks for their contributions to the APJ cause. Ben Stiller was gifted the BOVET Amadeo Fleurier, and Cuba Gooding Junior accepted the BOVET Fleurier Jumping Hour timepiece. 2

“I am proud of this watch and I am proud of BOVET 1822, that they give APJ $1 million Per year to do the work they are doing, this is what business leaders should do,” said Jackson Browne. 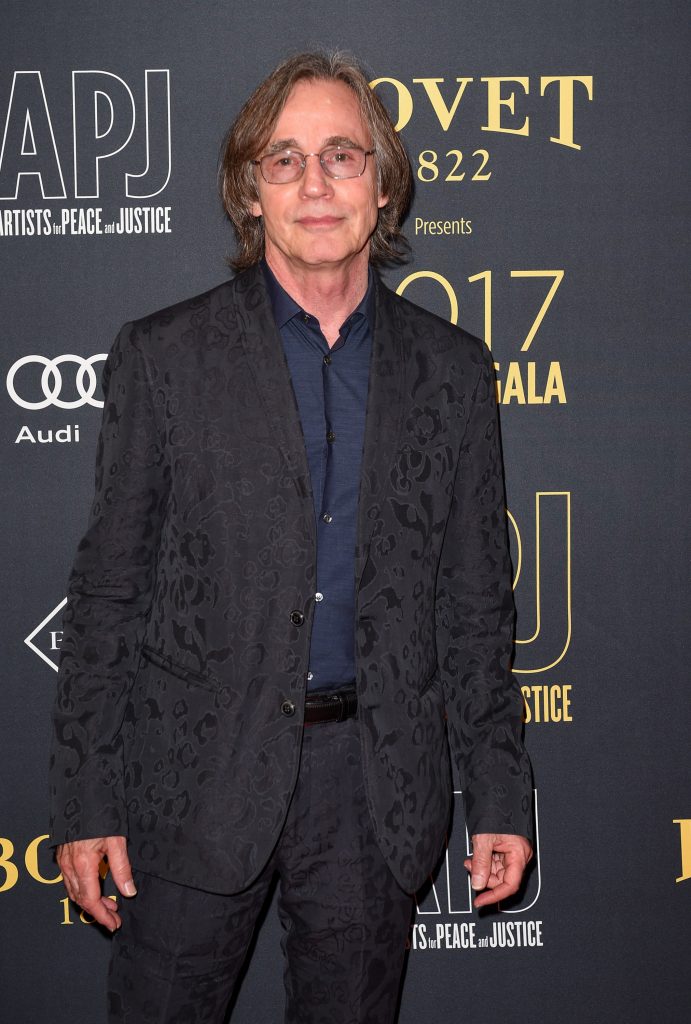 A live auction throughout the evening, led by auctioneer Stephen Ranger, helped to sell one-of-a-kind experiences that went for impressive amounts in support of the cause, including: A private atelier tour and tea with Zac Posen and Susan Sarandon and a chance to bid on the ultimate VIP concert experience with Sir Paul McCartney, accompanied by Paul Haggis– from a re-concert soundcheck to a backstage meet and greet, this auction item. Cuba Gooding Jr. also inspired guests to “Show Him the Money!” with a set-visit on his next project, while guests could also bid on a Peruvian adventure and visit to Rainbow Mountain, alongside adventurer Johan Ernst Nilson and Petra Nemcova.

APJ was founded immediately following the 2010 earthquake, and shortly thereafter APJ funded the purchase of land and construction to build Haiti’s largest high school, the Academy for Peace and Justice, which serves the poorest and most deserving youth in Port-au-Prince. The Academy reached 2800 students at full capacity in 2016 and celebrated its first graduating class, giving some of Haiti’s most underprivileged children the opportunity to continue their education beyond the sixth grade. Dedicated to impact and integrity, Bovet 1822 and APJ’s partnership ensures that 100% of public donations go directly to scholarships and healthcare for thousands of children each year.

“Launched during TIFF in 2009, our APJ Festival Gala in Toronto continues to be our hallmark event of the year, and has allowed us the honor of serving the Haitian community by bringing education, healthcare and hope to the children of Haiti,” said Paul Haggis, Founder, APJ. “In nine years, in large thanks to our sponsors, APJ family and the incredible Toronto community, we’ve made an extraordinary impact, empowering young people and supporting the next generation of Haitian leaders. However, there is much more to be done – and we hope that celebrating and recognizing outstanding entrepreneurs who embody our own fierce commitment to social justice will inspire the activism and service required to ensure a brighter future for some of the neediest on the planet.”

About BOVET 1822
BOVET 1822 is a Swiss Manufacturer of luxury timepieces. Since its foundation in 1822, BOVET has artfully combined the most sophisticated mechanisms with the finest craftsmanship, employing artisanal techniques such as gem-setting, engraving, and miniature painting. Under the visionary guidance of Owner Pascal Raffy, BOVET acquired renowned Manufacture DIMIER 1738 in 2006 and immediately began producing the Maison’s movements, hair springs, and dials in-house. His passion for Haute Horlogerie also led to the introduction of the remarkable Amadeo® convertible case system, which draws inspiration from the exquisite 19th century pocket watches produced by BOVET for the Chinese Emperor and collectors worldwide. Today, BOVET demonstrates its excellence through varied collections that encompass models as emblematic and remarkable as the Braveheart®, OttantaSei, Astérium, and Shooting Star tourbillons, to name just a few of its icons. For additional information please visit: www.bovet.com.

About Artists for Peace and Justice
Founded by filmmaker Paul Haggis, Artists for Peace and Justice (APJ) is a non-profit organization that encourages peace and social justice and addresses issues of poverty around the world. APJ’s immediate goal is to serve the poorest communities in Haiti with programs in education, healthcare, and dignity through the arts. The organization is committed to long-term, sustainable development in direct partnership with the Haitian people. The model is simple: APJ believes in empowering local communities, fostering economic growth, and the power of education to change a nation. APJ is based in 3 New York; David Belle serves as its CEO. To learn more, visit www.apjnow.org or follow @artistsforpeace on Instagram and Twitter.