In Ocean Blue World we have assembled a group of personalities that project the concept and identity that makes us unique. Get to know them and find your ideas in our pages 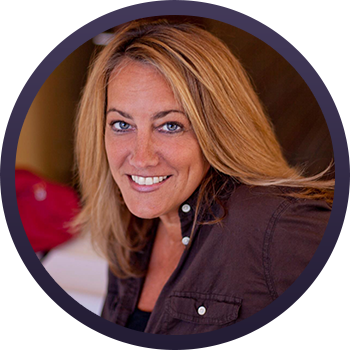 Deborah McCormick’s wanderlust for far-away places led her to pursue a travel-writing career. She was managing editor for in-flight magazine Wild Blue Yonder, and then brand director working with East West Resorts. McCormick has bridged the architect’s vision with compelling branding for resorts including one of the top 25 spas in the world: Spa Anjali at the Westin in Beaver Creek. Under the tagline “Where Nature Nurtures” McCormick created a positioning platform intrinsically tied to the inspiring Colorado Rocky Mountains. 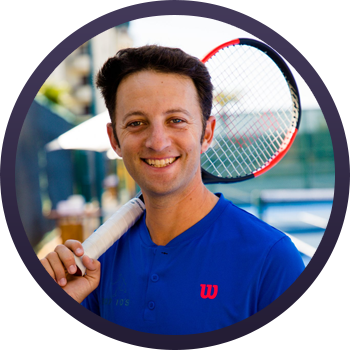 Jonathan Stein graduated from McMaster with a combined Honors B.A. in Philosophy and Spanish while playing varsity tennis. Stein has taught for nine years in award-winning hotels in Mexico, the Caribbean, Australia, Thailand and Costa Rica. Currently the Tennis Professional at the illustrious Las Ventanas al Paraiso, A Rosewood Resort, he recently founded Los Cabos’ leading tennis pro company TOP 10’S, managing programs at luxury resorts and residences. His motivational attitude and philosophy are portrayed in his book LOL: Loving Our Lives by Living Our Loves, published in 2016. 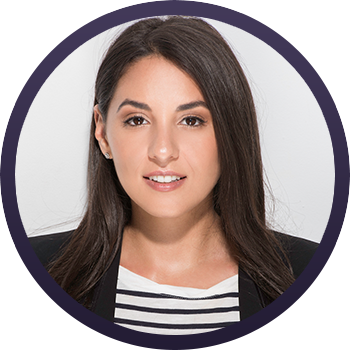 I’m a Miami born diplomat and journalist specializing in politics, breaking news, lifestyle, and human interest stories. I hold an MA in multimedia journalism from New York University and a BA in communications, international development, and ballet from Tulane University – studying for a semester at the London School of Economics. Based in Miami, FL and Manhattan, NY.

After writing in Room 9, I became a breaking news reporter for the City Desk on the street. Covering major stories of all different beats, I thrived under tight deadlines in a fast moving editorial world. Most recently, I wrote an exclusive about anti-Semitism on the subway, covered John Gotti’s 8-year plea deal for drug charges, and reported Senator Schumer’s demand for President Trump to overturn his travel ban. In this capacity, I also attended many press conferences with Mayor Bill De Blasio and Police Commissioner O’Neill, including January 2017’s review of New York’s lowest crime stats since 1993.

In Fall 2017, I moved to Miami, where I currently work as the Digital Diplomacy Director and Speech Writer for the Consulate General of Israel handling Hispanic, Christian, Media, Political, Economics, and Academic Affairs alongside with both Consul General Lior Haiat and Deputy Consul General Guy Gilady. Outside of my career as a diplomat, I am a features writer for Ocean Drive Magazine, Polo & More, and NY Daily News covering culture, fashion, food, travel, and lifestyle beats. Most recently, I wrote about CEO and Creative Director of Alice + Olivia, Stacey Bendet, building an empire and the renewed intrigue surrounding famed fashion designer, Gianni Versace, post the true crime FX anthology series, “The Assassination of Gianni Versace: American Crime Story.”

I have a bachelors degree from Tulane University in communications, international development, and ballet, and studied abroad at the London School of Economics. I previously partnered with Tulane University, Kellog’s, and NBC Learn to found an organization, iRock News, in New Orleans, LA, which worked with charter schools to develop an online newspaper for students after hurricane Katrina devastated the city. 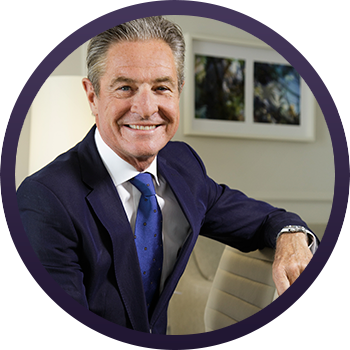 Prior to the position of CIO at HSBC Private Bank in Monaco, Mr. Penseyres was the Chief Executive Officer at BOC (Suisse) Fund Management SA. Previously, he was Managing Partner at Bedrock Alternative Asset Management. Prior to this, he was the Head of Alternative Investments Advisory and Marketing at Lombard Odier Darier Hentsch Cie. Mr. Penseyres also served as the bank’s Member of the Surveillance Committee for Alternative Investment Products.

Between 1991 and 2001, he set up Alternative Investments Marketing, Sales, and Advisory platform for Union Bancaire Privée (UBP) and he was in charge of several multi-funds and co-created a marketing and sales platform for the distribution of alternative investment products for Republic National Bank of New York (Suisse) SA in Geneva.
Mr. Penseyres started his financial career in Geneva working in the corporate treasury risk management group of two top 500 US multi-national companies with headquarters in Illinois and Connecticut. 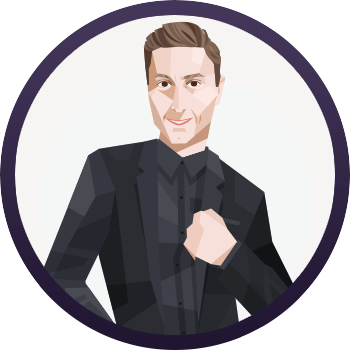 Rafael Micha graduated with an MSc degree from the London School of Economics. As founder and director of Grupo HABITA hotels, twelve in Mexico and two in the U.S., he manages its public relations and writes for Excélsior. He has also been published in: Moi and Vanity Fair México among others. He is a blog collaborator and was guest editor for the special tourism issue of Milenio Diario published in 2016. 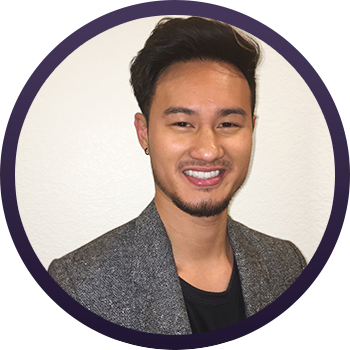 Neil Santos is a Travel and Lifestyle Specialist with Element Lifestyle. He is an easy-going adventurer from Fullerton, California with a live-in-the-moment mentality. Having graduated from California State University in Communications, he went to Italy to further his studies where he immediately caught the travel bug. His fascination with different cultures, fashion, entertainment and incredible places around the world are what drew him to Element Lifestyle. He believes in making the best of any situation by always staying humble and hungry while on the lookout for the next adventure. 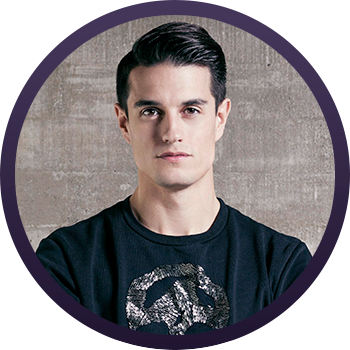 Luis Vaquero graduated in International Commerce at both Valladolid University and Southampton Solent University. He has lived and worked in Barcelona, London and Los Cabos and has a true passion for business and traveling around the globe.
Mexico became his home in 2014 as International Accounts Manager with CS Imports and Cofer Studio, focusing on growing the domestic market for international leading high-end brands in the world of interior design, such as Clarke & Clarke and de Gournay. 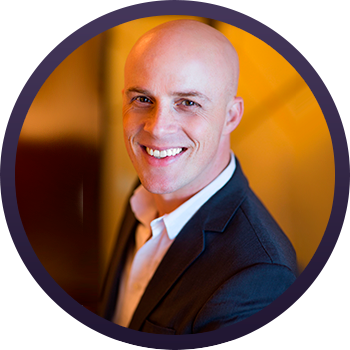 Noel Peterson is an Arizona MBA graduate with an unconventional yet exceptional history in client managment and promotion. He has worked with major entertainment companies such as Warner Music Group and E Networks, as well as the consulting firm, Mint Lifestyle in Beverly Hills. His expertise is currently engaged at Element Lifestyle where he is the Director of Client Management. 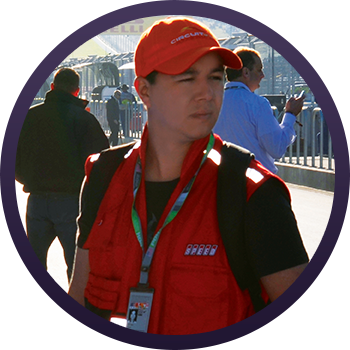 Jalife has a master’s degree and a PhD from the American University in Washington D.C. His prior experience includes: FASTmag magazine editor, Televisa’s F1 commentator, Racing Program Director, and the first nonnative English author to receive the Dean Batchelor Ward Book of the Year award for his English ‘Pulitzer’ of racetrack literature, The Brothers Rodriguez. He is the only Latin-American motor racing specialist worldwide and as such, he is a consultant to endless organizations on this subject. 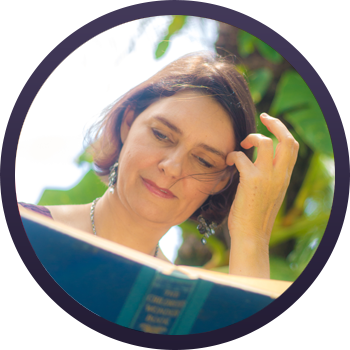 “Jacquie is a daydreamer” was written on all my school reports by several frustrated teachers. Eventually, they just let me learn in my own way! I have a passion for reading, general knowledge and playing with words. I’m a blogger, published poet and a former winner on Weakest Link, South Africa.
I grew up in the South African Lowveld, enjoying my own company most of all and reading everything that fell into my hands – from cereal boxes to encyclopaedias. Enid Blyton taught me to write, my father taught me to keep on learning, and my mother taught me to love the world around me.
Home is in Durban on the KwaZulu-Natal East Coast, but now that our sons are grown up, my husband and I are becoming digital nomads – camping and road tripping across South Africa as we continue our web & graphic design business. I am happiest at the coast or surrounded by wildlife, but can live anywhere as long as there is wi-fi and chocolate!