“The building is already a landmark” – NY Times

“The Elbphilharmonie has changed the face of Hamburg locally and internationally and culture has found a new home at the heart of the city.” – Olaf Scholz, Mayor of Hamburg

The Elbphilharmonie Hamburg is already a cultural and architectural landmark.

With its impressive glass façade and wave-like rooftop, the Elbphilharmonie rises up from the former Kaispeicher, a building on the Elbe River at the western end of the HafenCity quarter. Designed by Swiss architectural firm Herzog & de Meuron, it houses two concert halls, a hotel and residential apartments. Between the old warehouse and the glass structure is the Plaza, a public viewing area that extends around the whole building. 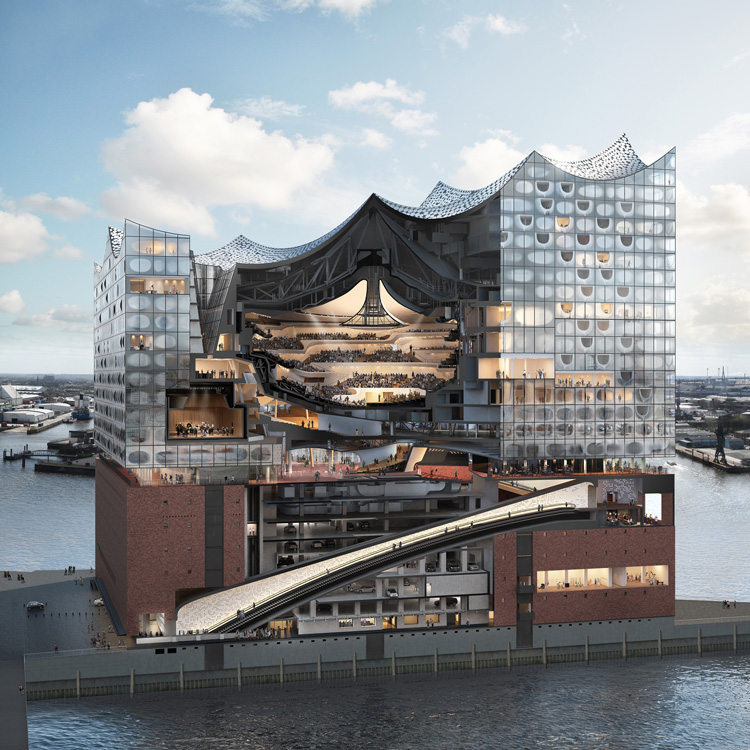 The Grand Hall is the heart of the Elbphilharmonie, with seating for 2,100 guests. The vineyard-style arrangement places the audience no further than 30 meters from the conductor, breaking down barriers between musicians and audience members. With the help of an expansive reflector that is suspended from the vaulted ceiling, the panels project sound into every corner of the space guaranteeing an optimal listening experience from each seat. 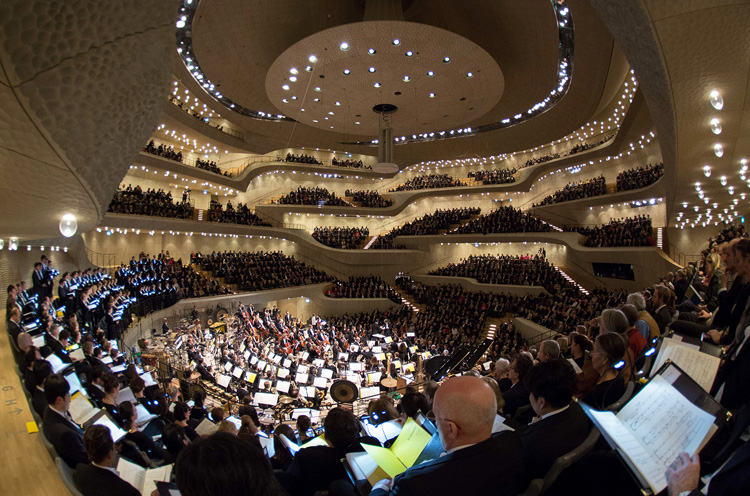 At a height of 37 meters above ground level, the public viewing area offers visitors a spectacular 360-degree view of the city and harbor. The defining feature of the Elbphilharmonie: 1,000 curved window panels, tailor-made to capture and reflect the color of the sky, the sun’s rays, the water and the city; turning the concert hall into a gigantic crystal.

Architects Pierre de Meuron, Jacques Herzog and Ascan Mergenthaler started working on the Elbphilharmonie in 2003. The finished structure proves that this project was worth the wait. Herzog and de Meuron have designed and completed other prestigious projects such as the Tate Modern in London, the Alliance Arena in Munich and the 2008 Olympic Games National Stadium in Peking. 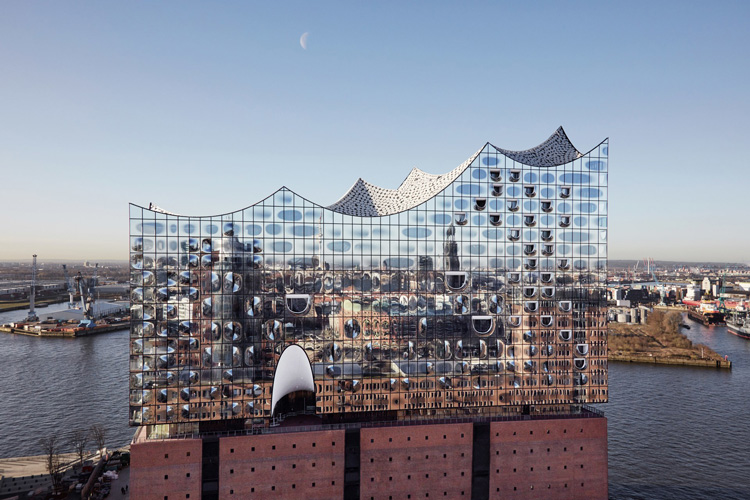 The Elbphilharmonie was officially inaugurated in early 2017 with German Chancellor Angela Merkel, as well as other cultural and political dignitaries in attendance.

Since its opening, around 850,000 people have attended over 600 concerts in the magnificent concert hall, and over 4.5 million people have visited the Plaza. The Elbphilharmonie’s Plaza is now Hamburg’s top tourist attraction, with growing enthusiasm both locally and globally.

Discover the Elbphilharmonie for yourself, whether taking in the view of the glistening Elbe River, or enjoying a world-class concert.