The City of Dreams now has another treasure in which to lure and mesmerize its guests. The Morpheus Hotel, the world’s first free form, high-rise exoskeleton is officially open. Wait, what? In plain speak that means that the building’s structural geometric grid negates the need for internal walls or columns that would clutter the hotel’s interior. It’s the first building in Asia without a single internal column. Held up instead by a free-form frame. 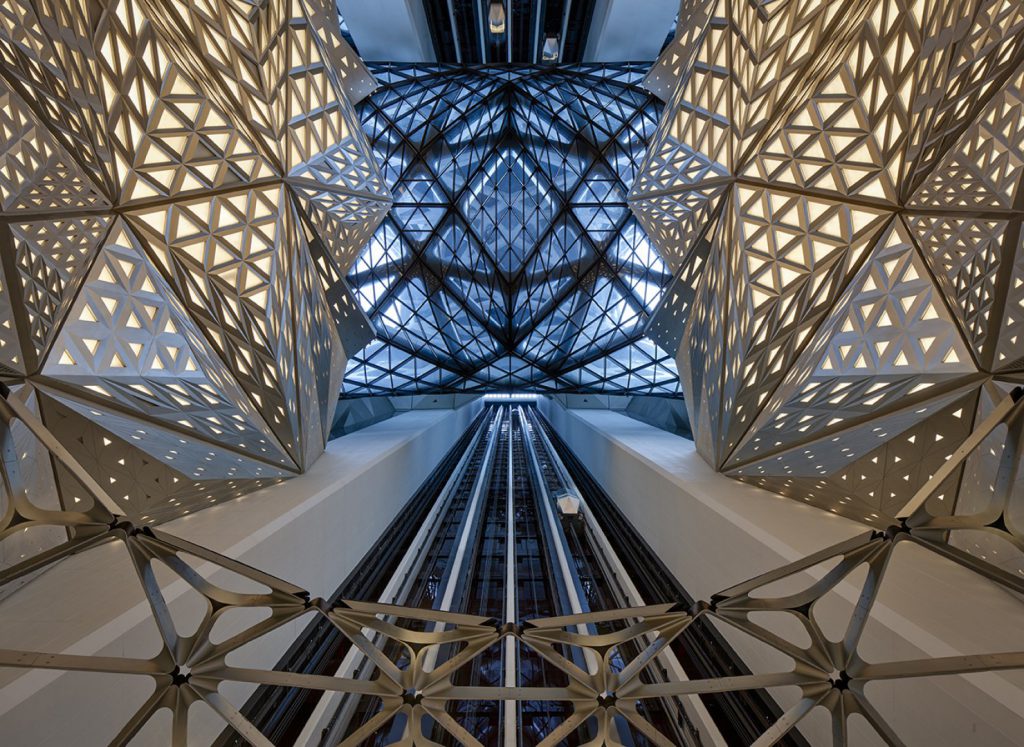 Morpheus combines its optimal arrangement with structural integrity and sculptural form,” said Viviana Muscettola, ZHA’s project director. “The design is intriguing as it makes no reference to traditional architectural typologies.”

Named after the Greek god of dreams, the hotel debuted on June 15, and travellers were eager to get their first look inside. There are 772 rooms in the 40-storey building formed from two, twisting circulation cores that connect at the podium bottom, separate, and re-join again at the rooftop. It’s all part of the larger City of Dreams Macau collection. Here you’ll find an array of the finest dining, spa and luxury services in the region, true to their “Art of Winning” slogan. 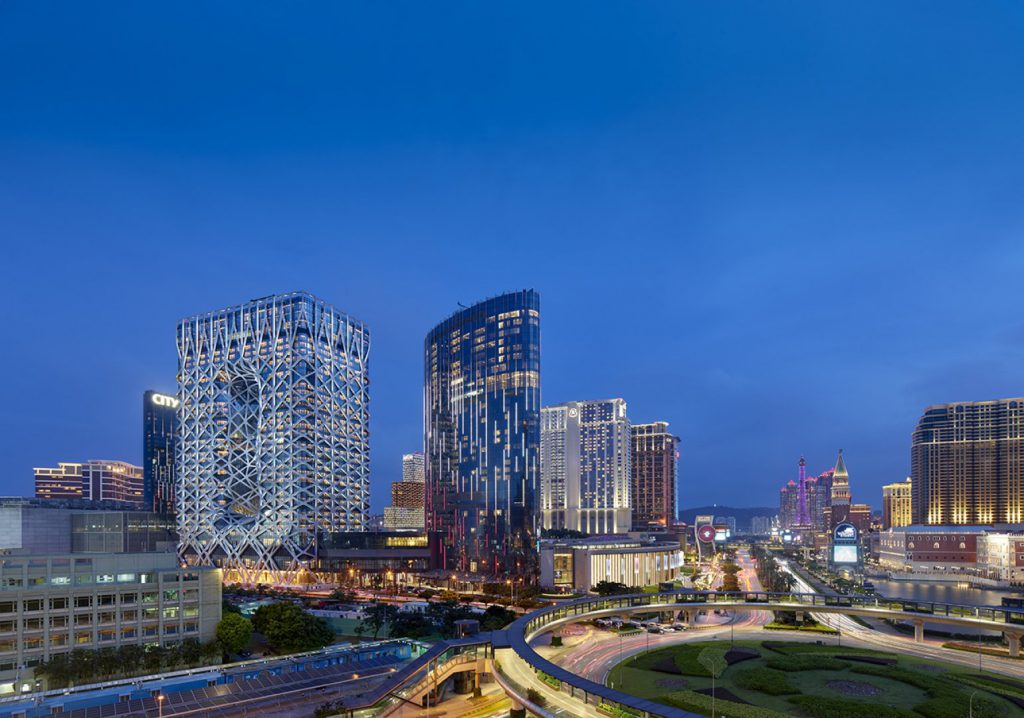 Famed British architect Zaha Hadid designed the hotel and with it became the first woman to win the prestigious Pritzker Architecture Prize. The grand opening of her masterwork was bittersweet, however, as this was Hadid’s last project before her death in 2016.  Macua’s buildings in general borrow their architectural style not from one place, but many places around the world. Morpheus is different. It evolved as new architecture, expressing the city for a change. The structure is designed to look like a stylized eight. An interesting choice knowing that 8, has long been regarded as the luckiest number in Chinese culture.

A splashy launch of Morpheus takes the form of a multi-million dollar advertising campaign. The campaign, created by Chandelier Creative and a partnership with photographer Nick Knight, perfectly captures the opulence, allure, and magnetism of the remarkable space. 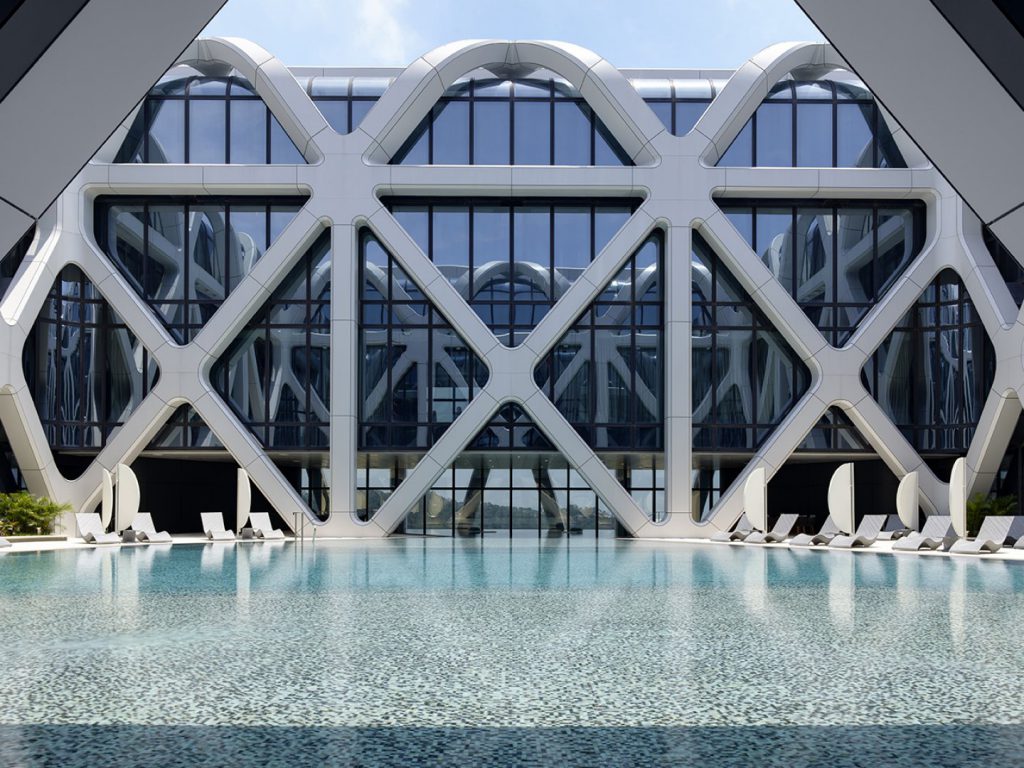 The campaign, inspired purely by Morpheus, pulls in great works ranging from Napoleon on horseback to Calliope on her throne, which are references to the boldest, most iconic archetypes throughout time. It’s a futuristic world that personifies the spirit of victory. And because the sky is the limit here, the campaign also features actor, filmmaker, and martial artist Donnie Yen along with supermodel and actress Du Juan.

Lawrence Ho, Chairman, and CEO of Melco Resorts & Entertainment (Morpheus’ owners) said of the new resort, “It is our goal to offer a journey of the imagination and the sensation of personal triumph for tomorrow’s most sophisticated world travelers. An unprecedented masterpiece of quality, taste, and vision, Morpheus is destined to become the icon of the new Macau.” 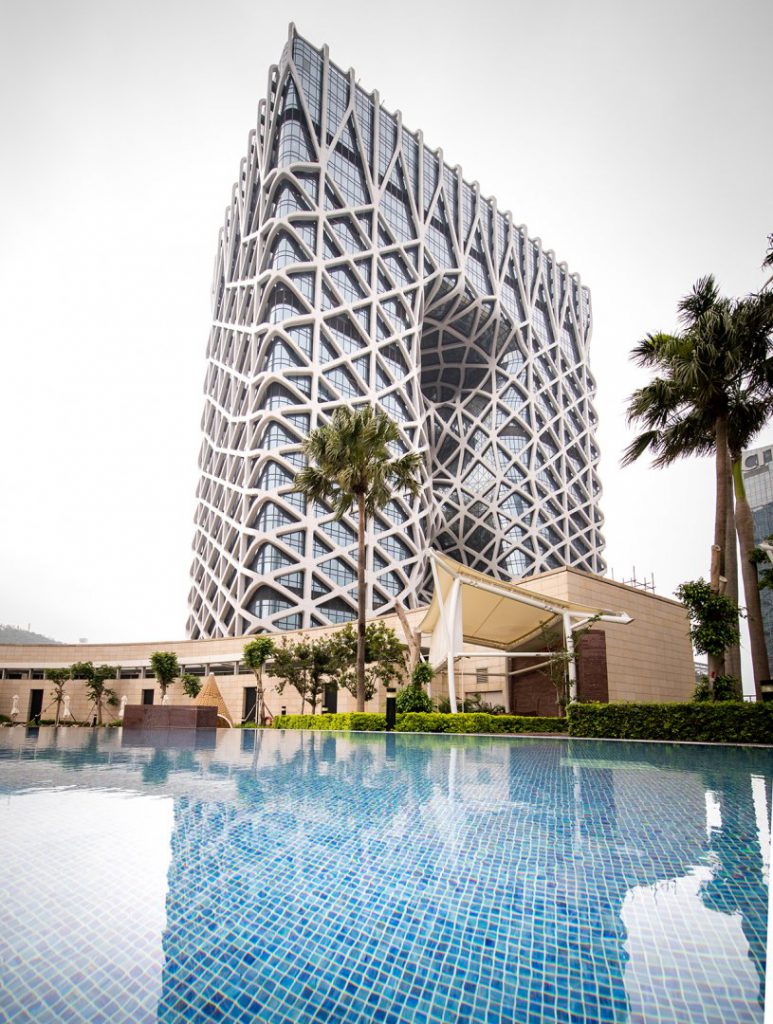