Dries Van Noten is renowned for his mastery of exquisite fabrics and his eye for and innovation of prints, embroideries and color.

His singular creative process draws inspiration from many varied creative fields, from art to cinema, music to the performing arts. 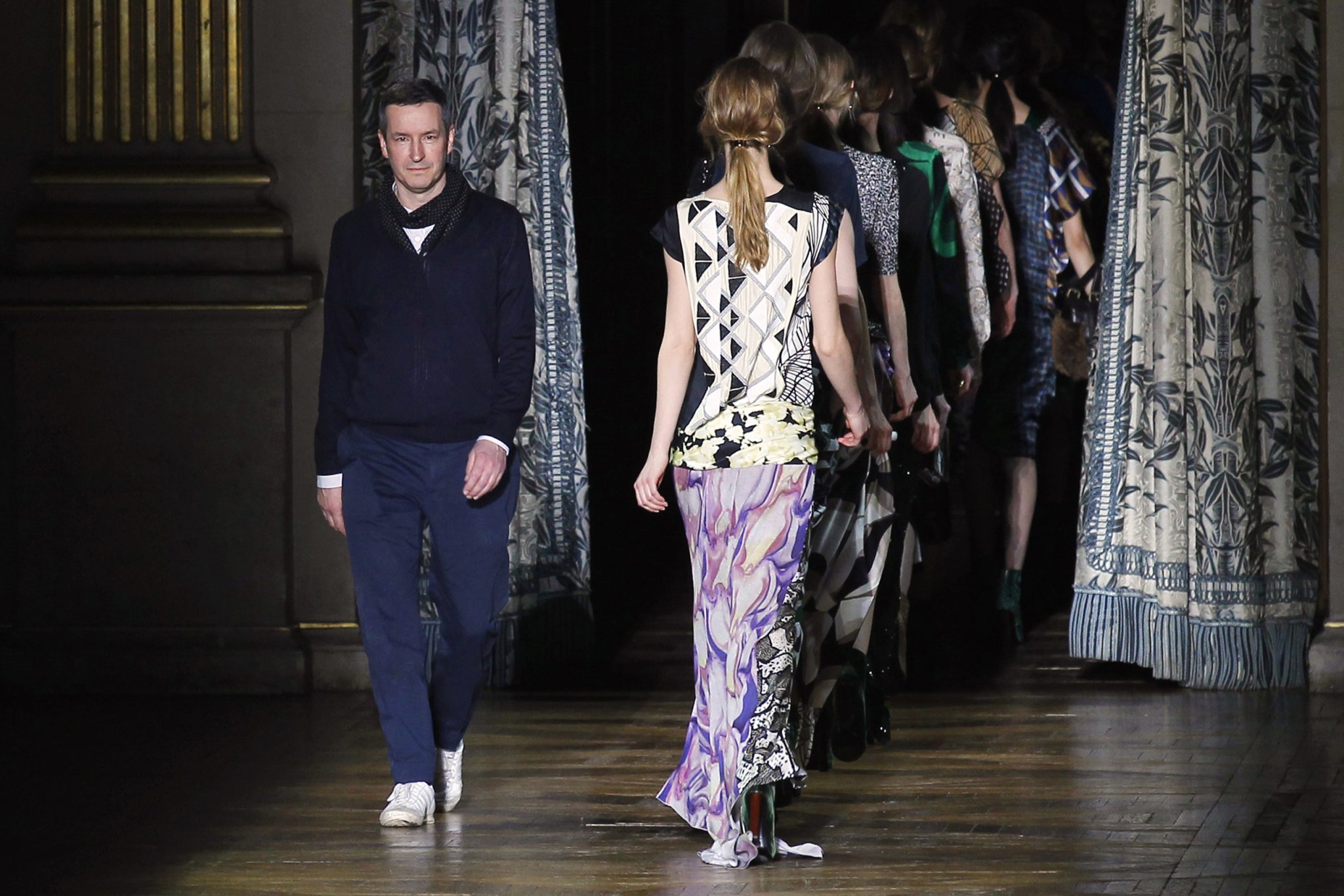 Born in Antwerp in 1958, Dries Van Noten is the third generation in a family of tailors. At the age of 18, Dries entered Antwerp’s Royal Academy. On graduating, he began to freelance as a consultant designer before starting his own collection of menswear in 1986. To this day, his collections are available at such prestigious stores as Barneys New York and Selfridges. Today, Van Noten has boutiques in North America, Europe, Asia and the Middle East.

The designer presented his 100th collection in early 2017 and later that year published a stunning retrospective book of every Dries Van Noten fashion show from his beginnings to date.

On occasion Van Noten has dressed actors for the Academy Awards, the Queen of Belgium for state visits and designed for contemporary dance companies including the New York City Ballet and the Brooklyn Academy of Music.

Throughout his career Van Noten has received countless prestigious fashion awards including the International Award of the Council of Fashion Designers of America, France’s Officier de l’Ordre des Arts et des Lettres and the Culture Award from The Province of Antwerp for his contribution to culture.

“Dries came through as an artist with color and pattern, which has been such a defining part of his career. But more than that, he has created a universe to which he belongs and the wide world of fashion wants to join.” – Vogue