Hungarian artist Ervin Loranth Herve has been creating wonderful, stunning art for decades.  Perhaps his most famous work though has been a giant coming out of the ground by the Gresham Palace in the Szechenyi Square in Budapest.  Named Feltpve “ripped up” or “popped up” in English, the angry giant was installed as part of the Art Market, a festival highlighting central and eastern European artists.  The festival brings in over 20,00 tourists each year and features various kinds of art to be enjoyed, interviews, book launches, and presentations.  The behemoth instantly became a sensation over social media and the internet at large. 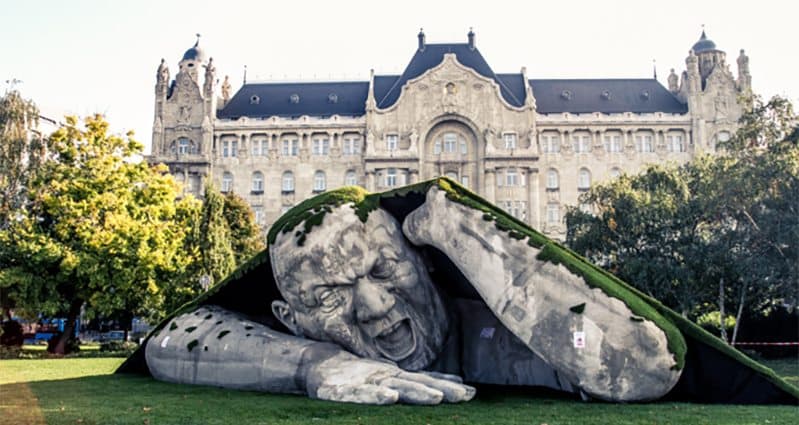 The Gallery Out of Home in Budapest said “The creation has several meanings, such as the symbolism of freedom, the desire to break free, the curiosity, and the dynamics of development.”

The location has its own storied history with a large building behind it originally housing offices, then Red Army barracks in World War II, it was abandoned for many years and eventually turned into a luxury hotel displaying, ‘Art Nouveau’ architecture for the Four Seasons Hotel in Gresham Palace.  The stained glass, mosaics and views provide something for everyone while the Four Seasons does what it does best by delighting guests with top service and amenities. 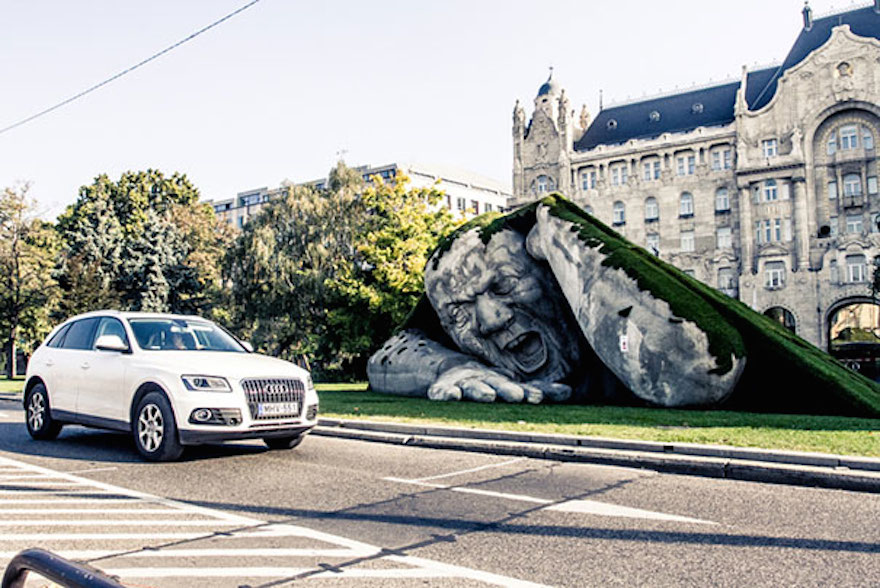 Ervin Loranth Herve spoke about his work as something which could become more than just a temporary installation.  “I think that this is a truly contemporary piece of artwork, in an extremely large size. My goal was to show people that pieces of contemporary art can be integral parts of a city.  I’m positively sure that not only tourists would love them, people living in the city would too.” 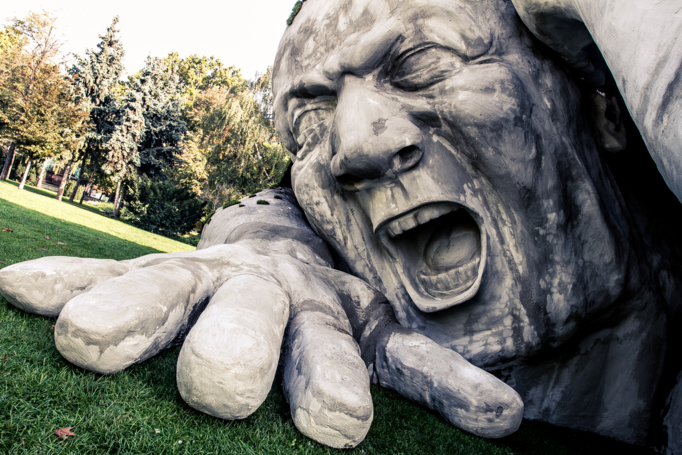 Apart from the grandeur of public art Herve is known for his pop art inspired paintings and multimedia aptitude.  He sometimes plays with multiple layers in paintings and in other instances with multiple time periods within the same work of art for an intriguing and captivating effect.