Haring’s now famous Crack is Wack mural, originally painted in 1986, has become a New York City landmark. Haring is the emblematic anti-elitist artist who believed that art should be accessible to all. His public career began in 1980, when he rendered fun, eye-catching political- philosophical art on the streets and subways of New York. 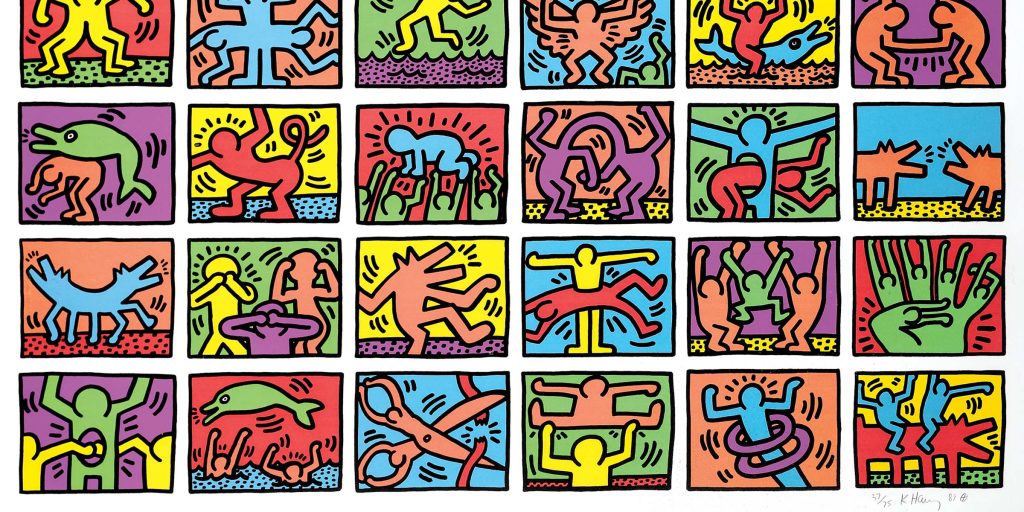 Keith Haring’s work is described by the Keith Haring Foundation as expressing “a universally recognized visual language of the twentieth century.” Throughout the 80s, Haring exhibited not only on the streets, but in over 100 solo and group exhibitions. His first solo museum show was at the Stedelijk Museum Amsterdam in 1986.

Haring’s simple messages were direct and artistically presented in a manner comprehensible by all. His street work became so popular; it was stolen within hours of completion. This prompted Haring to merchandize his art in his Pop Shop’s where he sold posters and other paraphernalia decorated with replicas of his work. 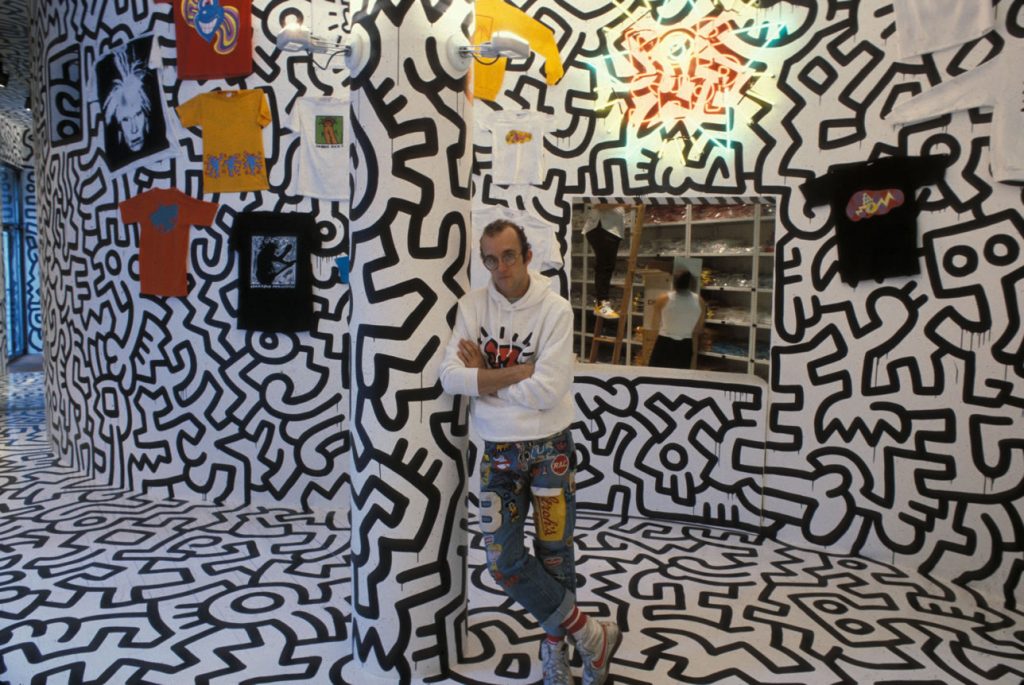 Energetic, ever-present and popular, he participated in collaborations with artists and performers of the time including Jean-Michel Basquiat, Andy Warhol, Timothy Leary, Madonna, Grace Jones, William Burroughs and Yoko Ono.

Though his life was cut short by his passing in early 1990 due to AIDS, Haring’s work lives on in his charity foundation, exhibitions, retrospectives and collections in major museums around the world.