LUIS BARRAGÁN (1902-1988) IS REGARDED AS THE MOST PROMINENTE MEXICAN ARCHITECT AND AS ONE OF THE MAJOR FIGURES ON THE INTERNATIONAL STAGE OF ARCHITECTURE IN THE 20TH. CENTURY.

With the award of the Pritzker Prize in 1980, Barragán achieved international recognition and acclaim for his poetic architectural style. The buildings and landscape projects that he realized, all of which are in his home country, exemplify his ability to fuse the structural tenets of traditional Mexican architecture with the vocabulary of modernism. The result is at once intensely Mexican and thoroughly universal.

I THINK THAT THE IDEAL SPACE MUST 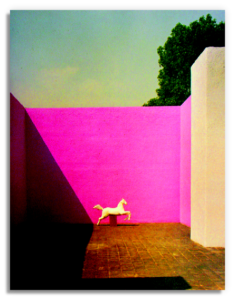 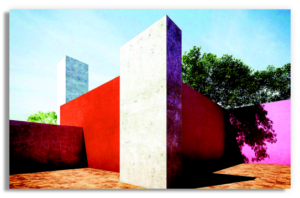 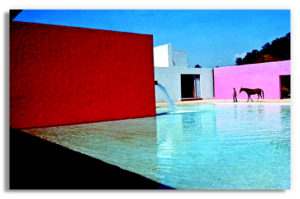