Everything old is new again rings true for the historic site of the new Amos Rex museum. Punctuated by endless lines, the newly renovated museum attracted more than 10,000 visitors on its opening last August, including scores of journalists from across the globe. You might say it’s the biggest thing to happen to Finland’s capital since the 1952 Olympics. 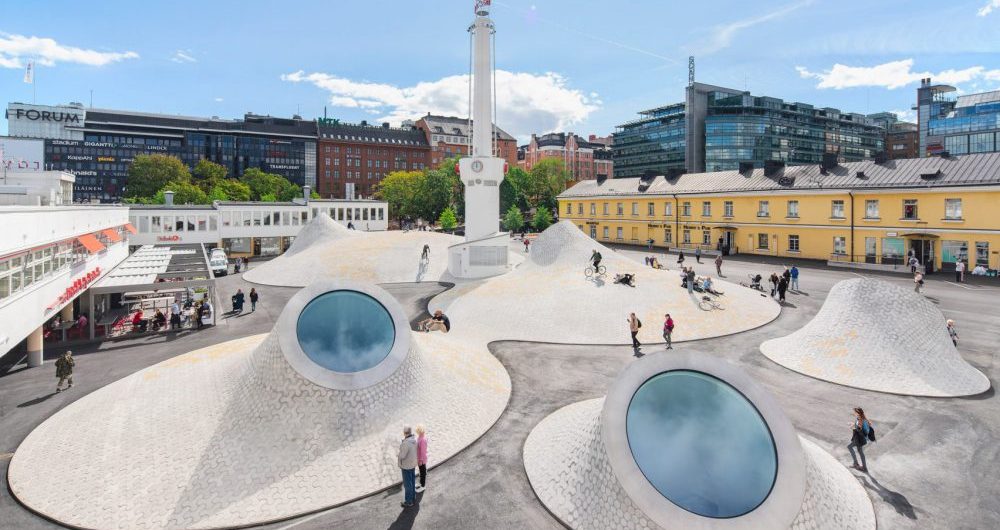 Formerly known as the Amos Anderson Art Museum, the original works came from Amos himself, a renowned Finish collector, philanthropist and entrepreneur. Bursting at the seams with its burgeoning art, the museum outgrew its current site and desperately needed a new modern home. The five-year $58 million building project landed in the lap of Architectural firm JKMM, charged with redesigning the museum.

That home is the 1930s building Lasipalasti, which translated means “glass palace.” From street level, it’s a cheery façade of shops and mid-century cool masking otherworldly treasures. City restrictions meant the museum couldn’t build up, so it built down instead. But this presented an interesting challenge to the architects. How do you make the museum a visible part of the cityscape, while keeping it open and inviting to draw onlookers? Create a series of five underground spaces that bubble onto the street in quirky moonscape-style domes. The domes have become a playground for museum visitors and an architectural milestone for Finland. 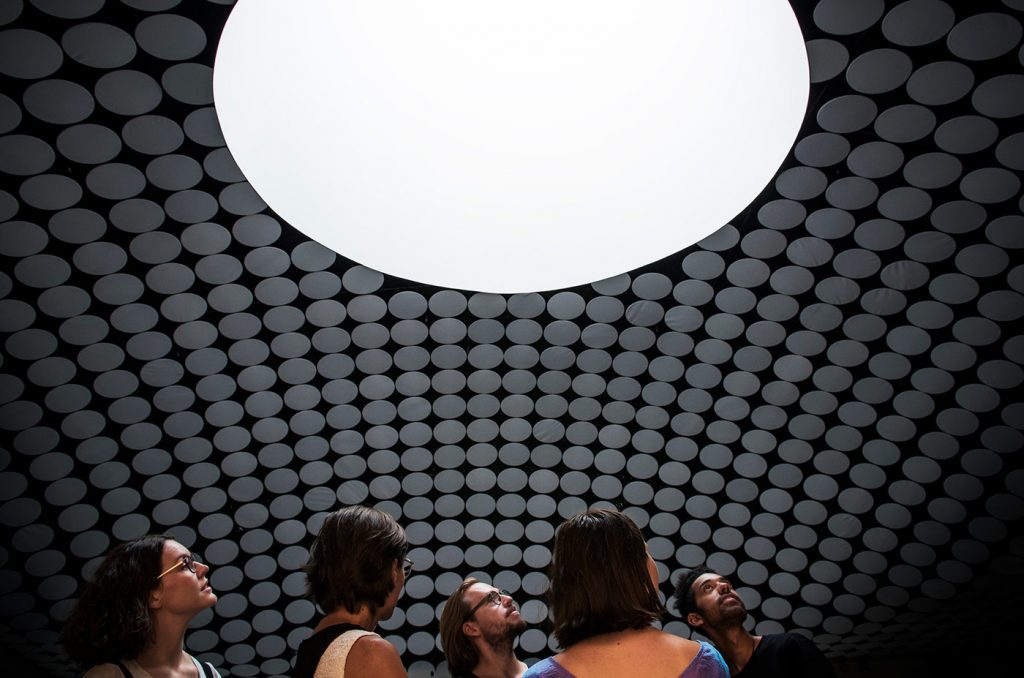 The Lasipalatsi also holds a 590-seat cinema, which was restored along with the museum space. The rest of the building is filled with shops and eateries that no doubt benefited from the museum’s splashy opening, showcasing Japanese-based artist collaborative teamLab. Their exhibition is called “Massless,” four gallery spaces with blacked-out walls highlighting immersive and interactive installations. The show runs until Jan. 6, 2019. 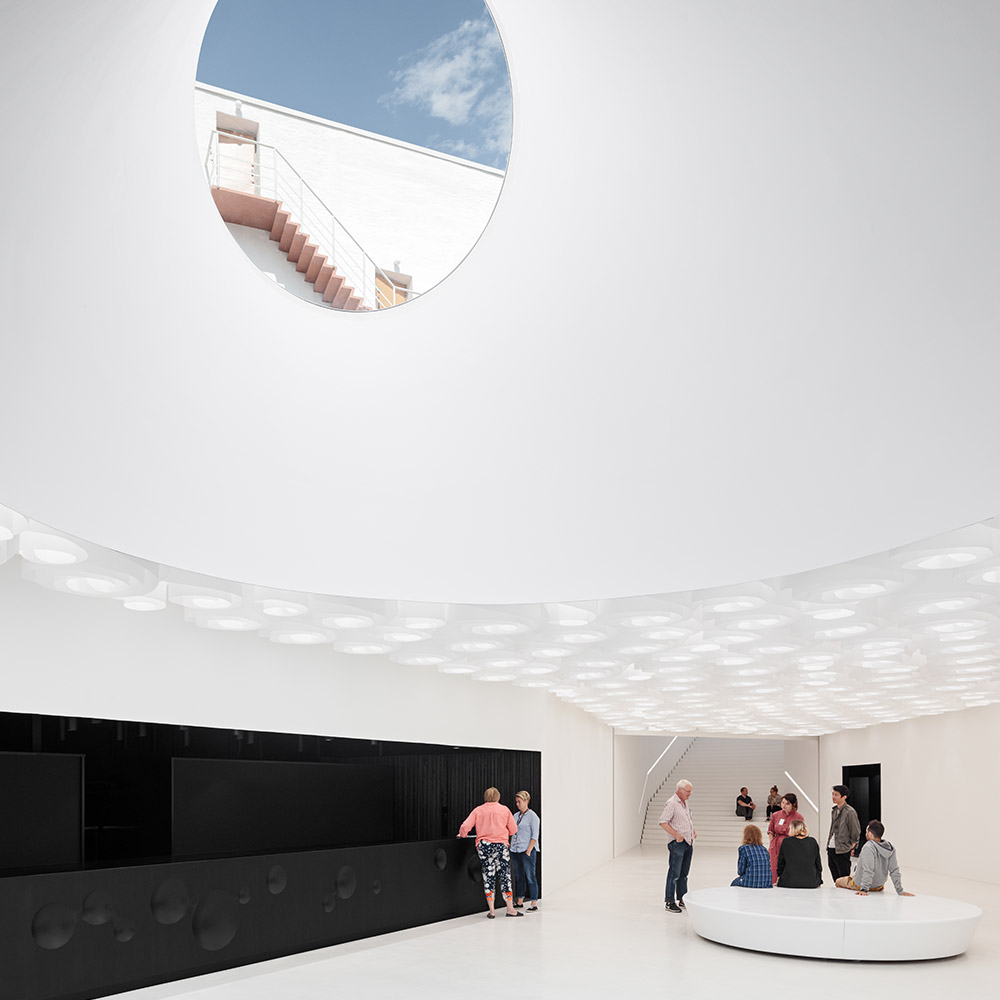 The Amos Anderson foundation funded the new museum and it pays homage to Amos, who died in 1961. Four years after his death, the original museum opened in Helsinki with his collection of mostly Finnish and European art.

Poet Anna Akhmatova once wrote about Finland, “and the sunset itself on such waves of ether that I just can’t comprehend, whether it is the end of the day, the end of the world, or the mystery of mysteries in me again.” The new Amos Rex Museum certainly inspires and mysteriously as it draws people to its subterranean wonderland.