No mold could conform this Japanese woman, plagued with visions and her palatable need to create. Her creations are an entrance into a world, lucidly critical, and playfully encompassing yet obliterating; uniquely hers.

Thousands of people seek out her work in permanent collections around the globe and attend Kusama’s shows. Kusama’s retrospective Yayoi Kusama: Infinity Mirrors is currently on exhibition, and sold out, at the Museum of High Art in Atlanta. 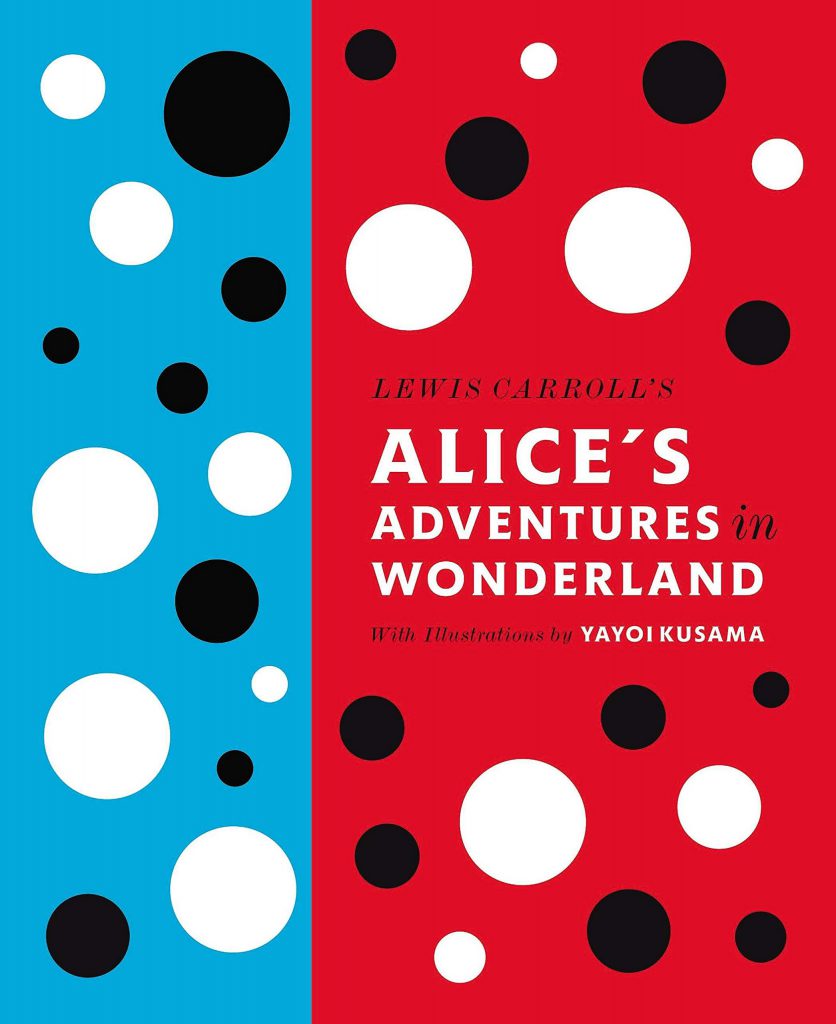 Kusama started to paint using polka dots and nets as motifs at around age ten, and created fantastic paintings in watercolors, pastels and oils.

Kusama went to the United States in 1957. Showed large paintings, soft sculptures, and environmental sculptures using mirrors and electric lights. In the latter 1960s, she staged many happenings such as body painting festivals, fashion shows and anti-war demonstrations. Launched media-related activities such as film production and newspaper publication. 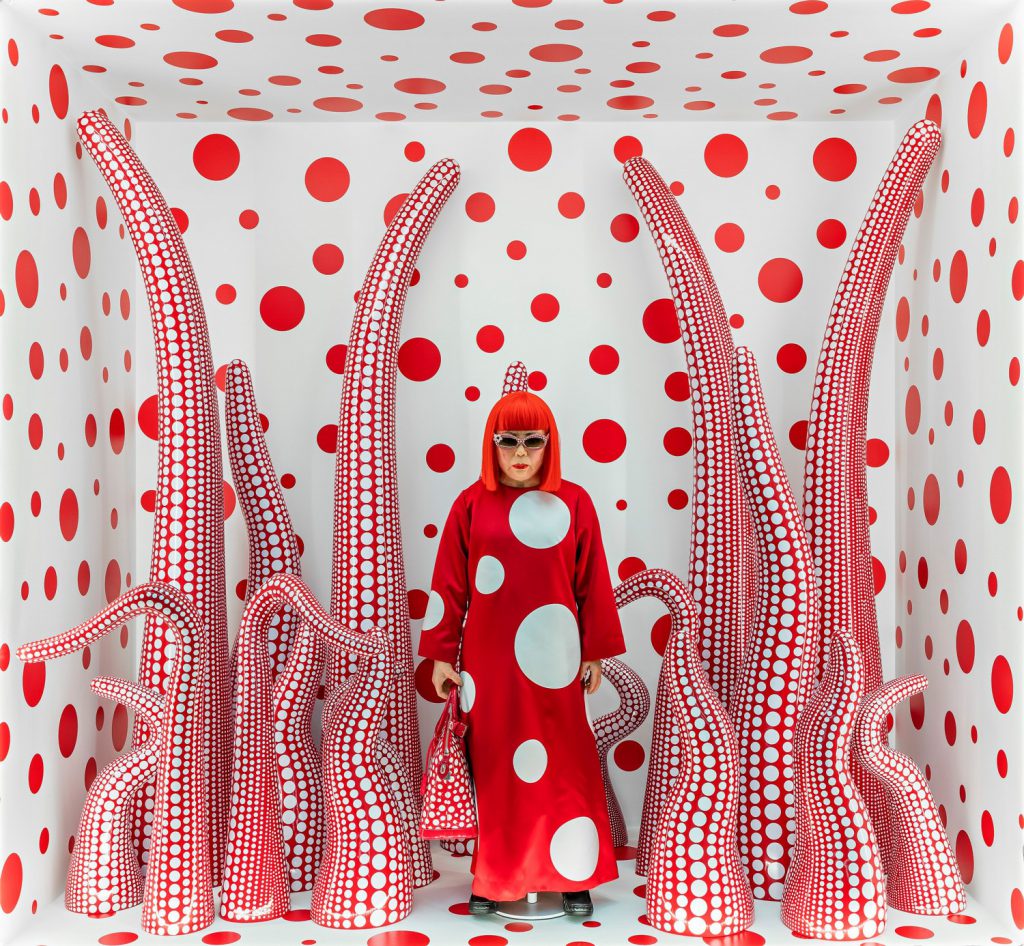 In 1986 she began showing again in Europe. By 2004, her solo exhibition KUSAMATRIX began its tour at the Mori Museum in Tokyo, where it received 520,000 visitors.

Shy personally, yet a performance artist at heart, the signature red wig and polka dot dress, are equally part of the artist’s expression. Included in TIME magazine’s 2016 list of the world’s 100 most influential people, Japan’s greatest living artist continues to be honored for her genius, unique vision, and the unstoppable essence that Yayoi Kusama embodies.

“I have a flood of ideas in my mind. I just follow my vision.” – Yayoi Kusama