Landmark Gucci fashion designer, Alessandro Michele, presented a wildly outspoken Spring Summer 2020 collection at the Italian luxury brand’s runway show which closed Milan fashion week earlier this fall. Drawing inspiration from French philosopher Michel Foucault’s ideology of biopolitics, discussing the impact of political power over all aspects of human life, Michele sent a parade of 21 silhouettes down the runway on the backdrop of a laboratory setting with lights falling dark immediately after. 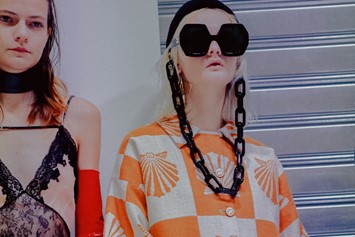 A cinematic prelude of change.

Motivated by the dressing of confined clothing and the urge to try something new, Michele presented a palette of strapped uniforms, white coats and straight jackets which sent the model community into disarray, many whom have undergone their own struggles with mental health including supermodel Ayesha Tan-Jones. Walking in a staged protest at Milan Fashion Week, Tan-Jones described the fashion house’s decision to use the designs of a straight jacket as “unimaginative” and “offensive.” 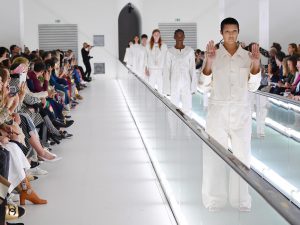 But Michele saw this opportunity to show fashion as a modern world of possibilities. Where anything goes.

And when showcasing shoes and his second act of ready-to-wear, the Italian Fashion House did just that, presenting a vivacious imagery of color, touching on the creative splendor of unisex sneakers all of a different hue for each foot. Accessories varied from audacious glasses chains to latex gloves and lace exposing a juxtaposition of vintage looks and S&M bold pieces breathing a new antidote into Gucci’s accessory closet. 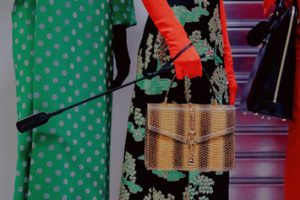 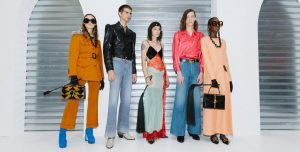