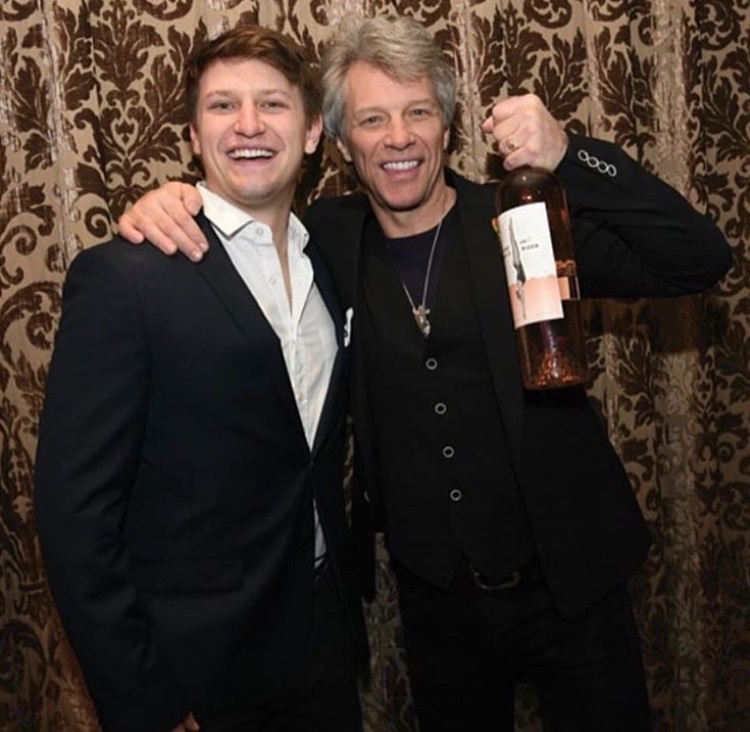 And if you’re wondering how this father son duo plans to step up New York’s blush colored water game, it’s with the perfect blend of Grenache, Cinsault, Syrah and Mourvèdre grapes grown in the French Mediterranean mixed in with family memories from their long island seaside playground.

“The Hamptons has always been a special place for me, it’s where my family goes to slow down from our busy lives and just spend time together,” said Bongiovi. “We call it the exhale. Essentially, we wanted to bottle up that feeling of enjoying life and making memories with the people you love most. Hampton Water represents that sense of place, not necessarily geographically, but emotionally.” 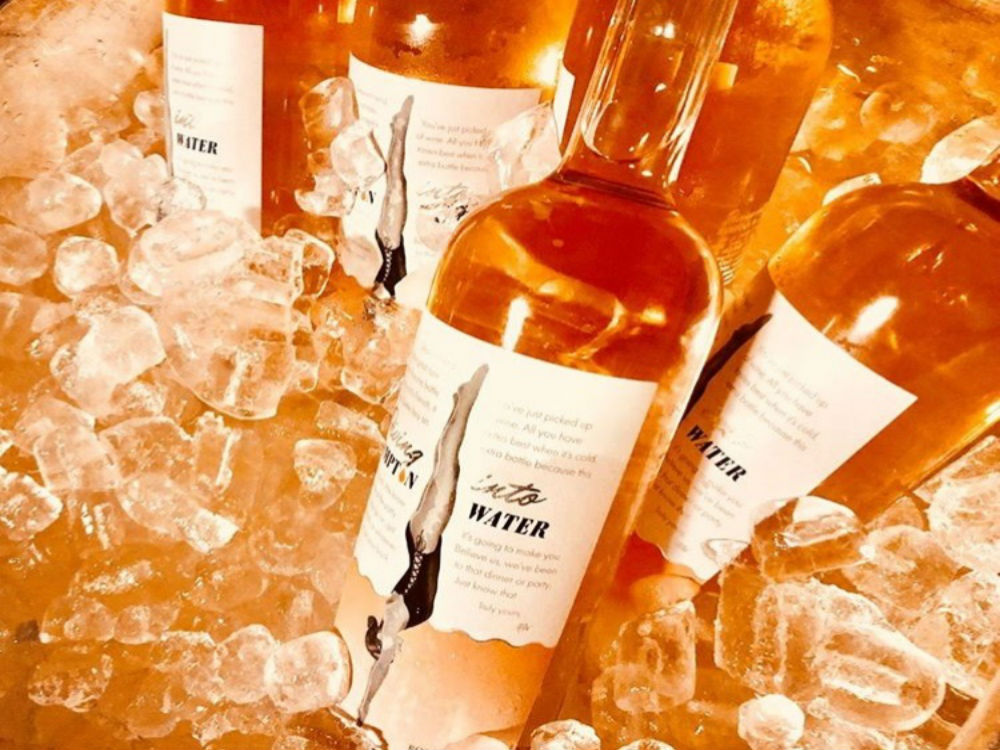 It was these summer memories – wrapped in a light pink bottle – that initially fired the Hampton Water lightbulb.

Over a glass of rosé, on a warm summer night, Bongiovi and his dad joked that rosé was the water of the Hamptons.

“He challenged me to come up with a business plan and the rest is history,” said Bongiovi.

Nearly one year later, after launching at Miami Beach’s illustrious Casa Casuarina, with partner and acclaimed French Winemaker, Gérard Bertrand, Hampton Water has been named the top ranked rosé and #83 wine in the world by Wine Spectator’s Top 100 Wines of 2018.

“To be recognized by this esteemed organization at all, especially in our first year, is a tremendous accomplishment,” said Bongiovi. 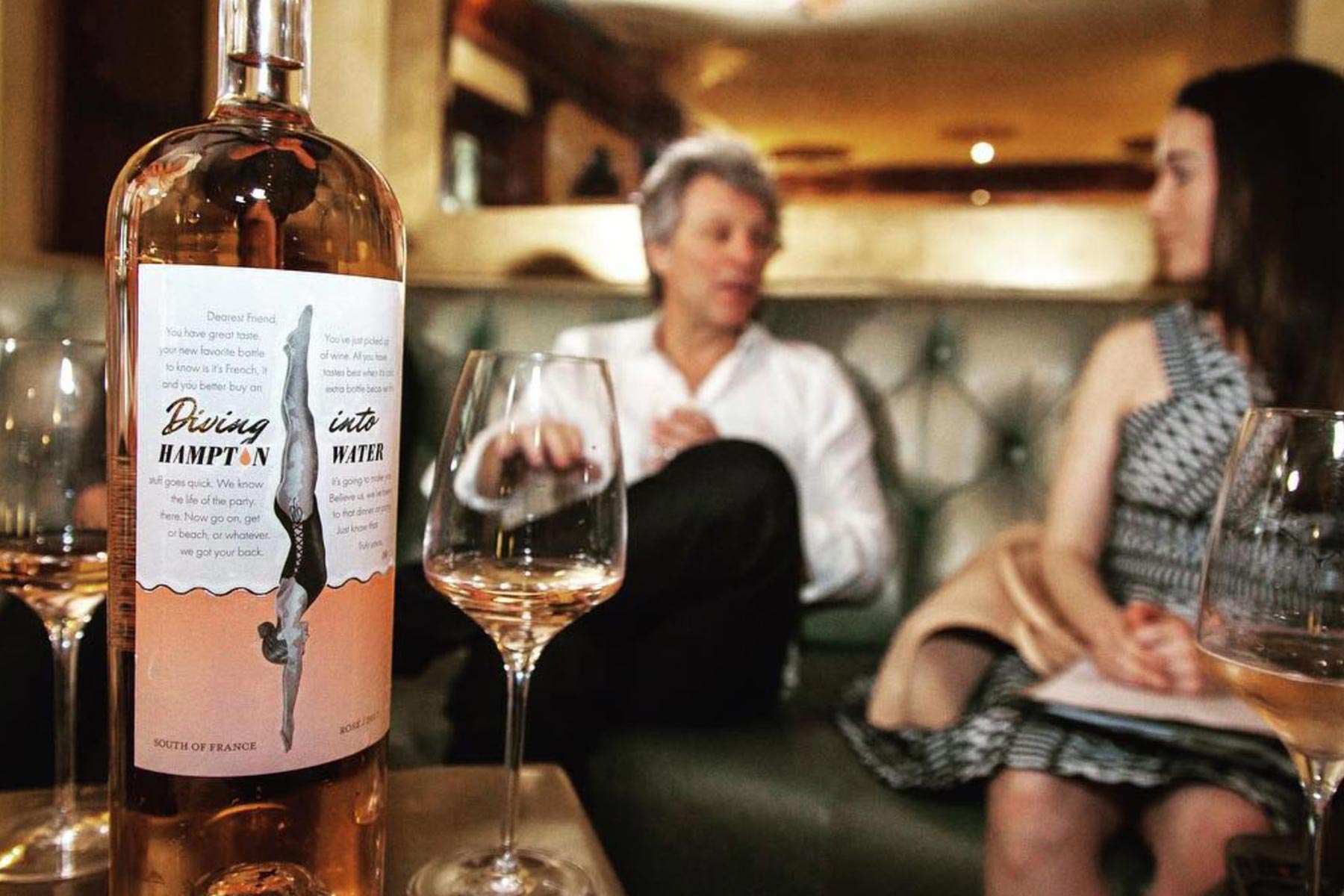 Now available online at winesale.com or in stores in New York, New Jersey, Massachusetts, Connecticut, North Carolina, South Carolina, DC, Florida, Illinois and Nevada, Hampton Water is rapidly expanding throughout the US with plans for global expansion in early 2019.

And with the fall release of the Pink Bottle Boys Dinner Party with business partner and fellow Hampton Water co-founder, Ali Thomas, Bongiovi is making it his mission to change the narrative around rosé and rosé season. 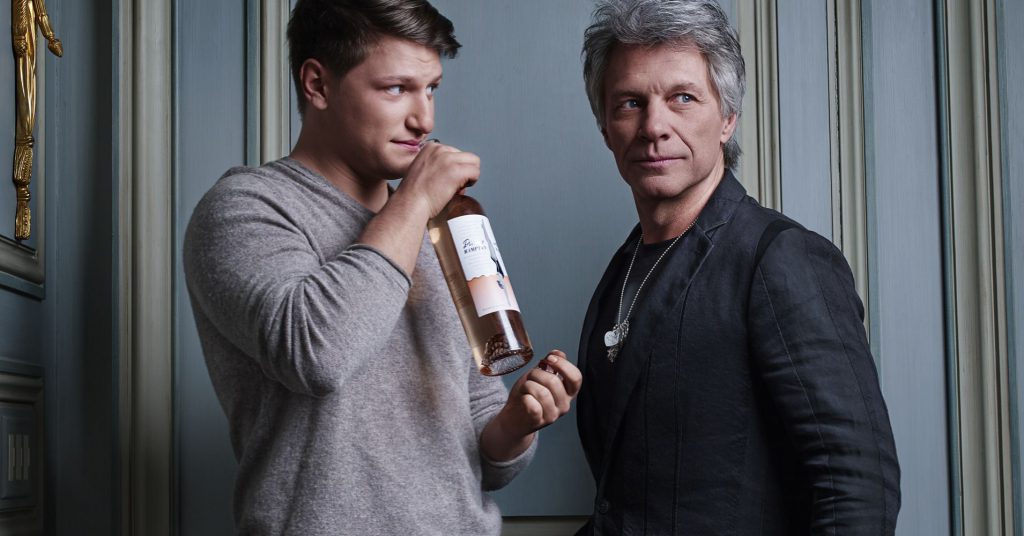 And if you’re still eager to hear the results on Bongiovi and his father’s challenge, take it as complete.