Aurelien Legeay, Head Chef of Grand Velas Los Cabos’ Piaf Restaurant, has been named one of the Master Chefs of France by the prestigious Maîtres Cuisiniers de France. 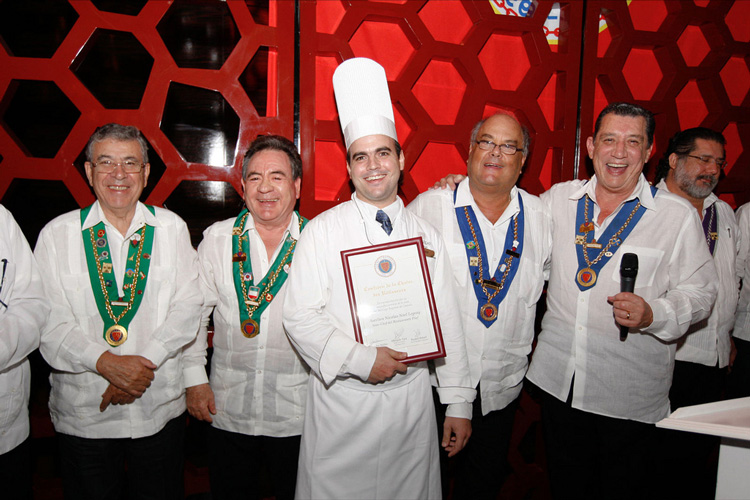 Selected by their peers, who are all French nationals, they are regarded as the most highly skilled in techniques and execution of the French culinary arts. With exceptional training at Michelin star-caliber institutions, these maestros are remaking modern French cuisine in the Americas. Only ten chefs in Mexico have attained this esteemed title, including Velas Resorts’ Culinary Director, Michel Mustière, and now Chef Aurelien Legeay.

Legeay launched his career in France, before traveling throughout Mexico and the United States in cities including Miami, Chicago and Los Angeles to continue his culinary education and broaden his depth of knowledge. Legeay has gained experience at many prominent restaurants including La Taverne du Mont d’Arbois at the Domaine du Mont d’Arbois, Relais & Châteaux, Bistrot Bourgogne in Mexico City and Piaf at the Grand Velas Riviera Maya where he acted as Chef de Cuisine under Mustière.

In every dish, Legeay offers an interesting fusion between the traditional flavors of the classic French bistro and preparation using the most modern culinary techniques.