Let’s go back in time to the year 1862. A Frenchman from the southwest by the name of Louis Ernest Ladurée opened up a Paris bakery at 16 rue Royale. Next came the Garnier Opera House and almost overnight the area transformed into an elite business district. Many well-known luxury designers had a rue Royale address and the ones that didn’t, wanted one. 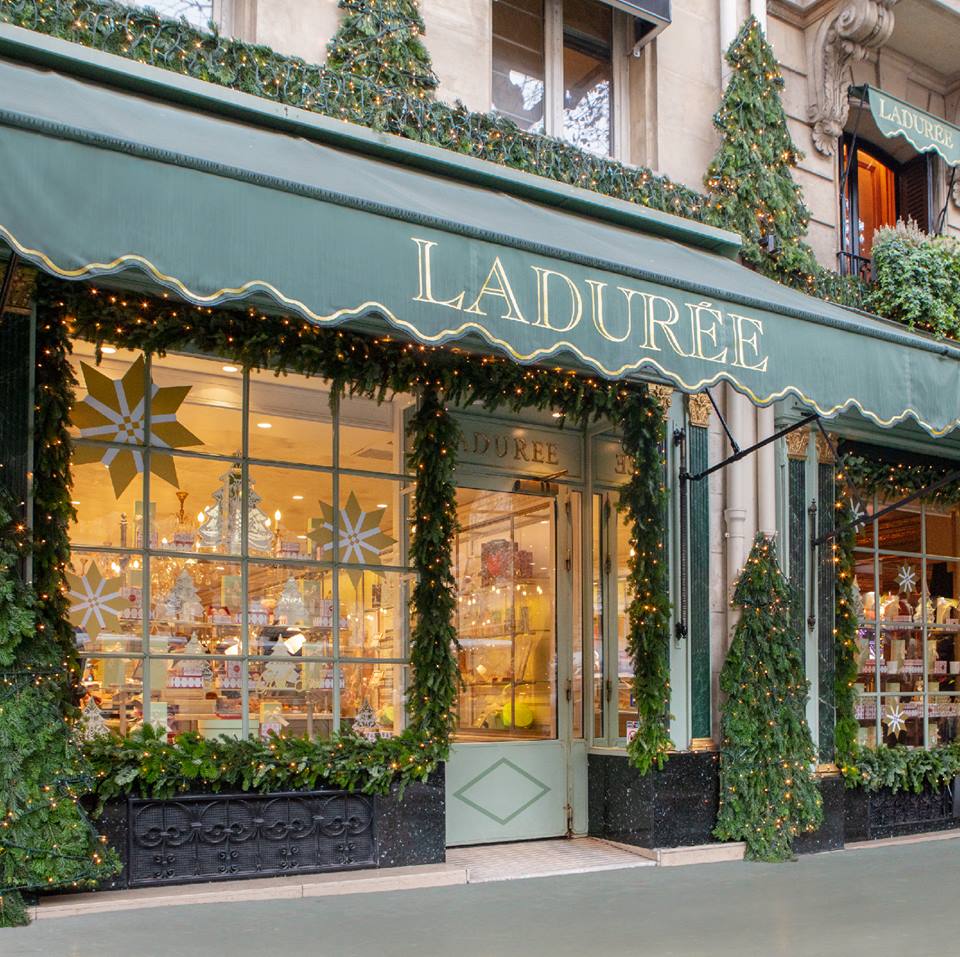 A few years later, while Baron Haussmann was giving Paris a “new face,” a bakery fire created an opportunity to convert the space into a pastry shop. Poster artist and turn-of-the-century painter Jules Cheret was brought in to decorate the new shop. He borrowed inspiration from the Sistine Chapel and the Garnier Opera House and integrated those styles into his work. His chubby cherubs and the iconic pastry angel inspired the graphic identity of the brand. 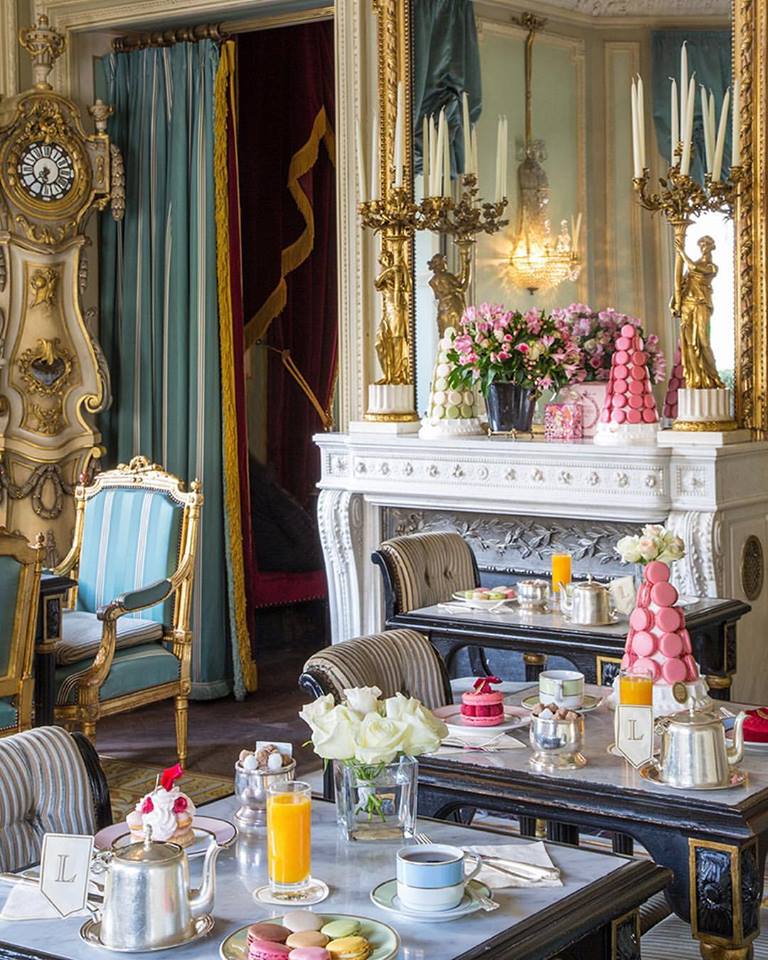 In 1993, the Holder family took over the rue Royale location, turned it into a chain and grew it to several locations. In 1997, Ladurée opened at 75, avenue des Champs-Elysées. A bold move Holder hoped would expand the concept into one of the most sought-after avenues in the world, while staying true to the authentic image of rue Royale. Holders’ philosophy is to bring creativity, emotion and tradition together in an intensely personal definition of the French art de vivre. 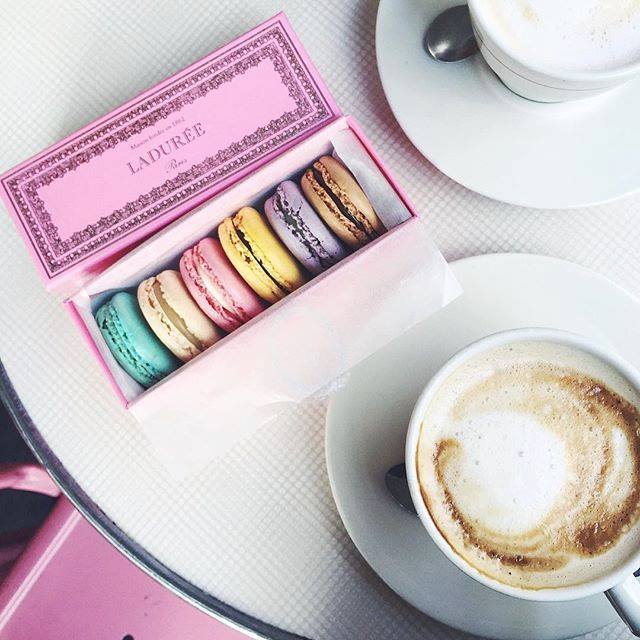 The Ladurée name and pastry innovation go together like a macaron and strong coffee. Much like the fashion designers prep for runway shows showcasing the latest fashions, pastry makers reimagine new desserts every year such as the Rose Religieuse, the Liquorice Millefeuillee and the Blackcurrant-Violet Macaron. 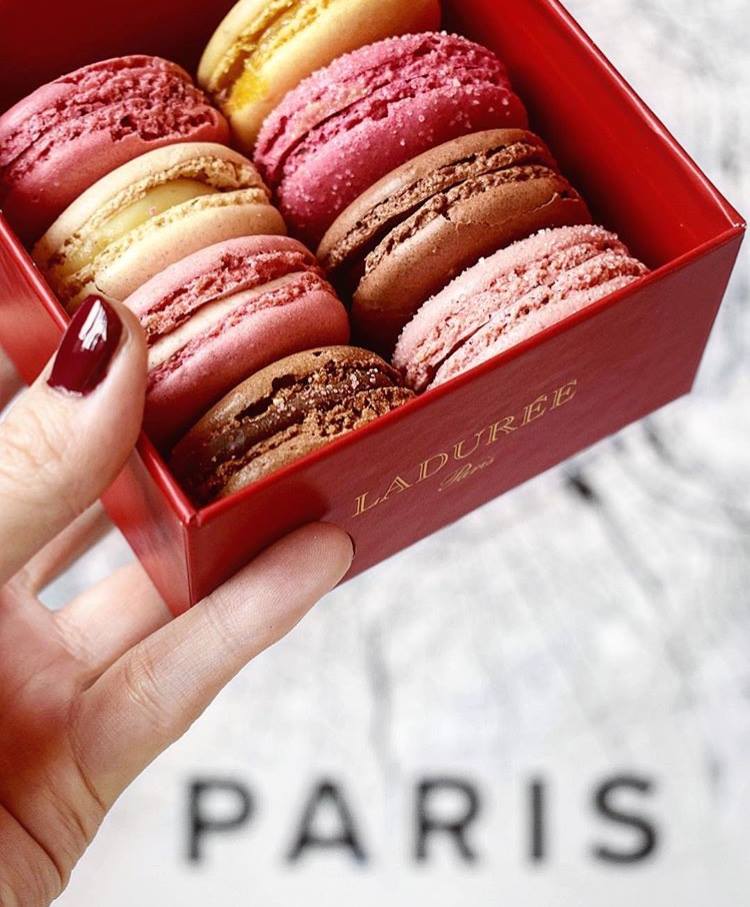 While hard to imagine, Ladurée does offer more than macarons. Their cake display is artistry you eat with sculpted creams, crunchy caramels, and sliced fruit decorations. Did you know the macaron didn’t originally have fillings or flavors inside? The pastry rose to greatness when Louis-Ernest Ladurée’s grandson suggested putting two macaron shells together with a creamy ganache filling. The year was 1930. 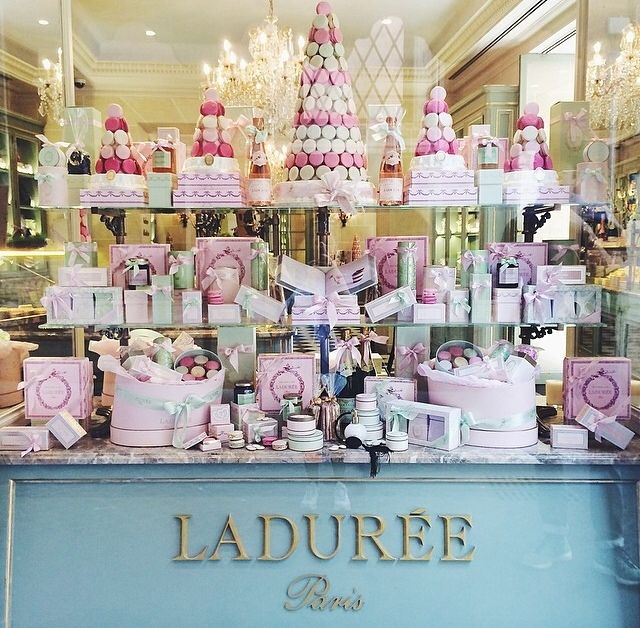 What began in the City of Lights now spans from SOHO to Los Angeles, with each Ladurée location a special nod to the Paris gem that gave birth to them all.