The Art Of Pairing Traditional Mooncakes With Teas

With a rich history of hundreds, perhaps thousands of years, there is a lot of lore surrounding these seemingly simple treats.  The Mid-Autumn festival in China, the 15th day of the 8th month in the Chinese lunar calendar, is where these cakes gained their popularity and name. The mooncake is a pastry normally filled with sweet lotus seed, date or red bean paste.  Part of the tradition involves gazing at the moon and snacking on the delicious cake while sipping tea with friends and family. 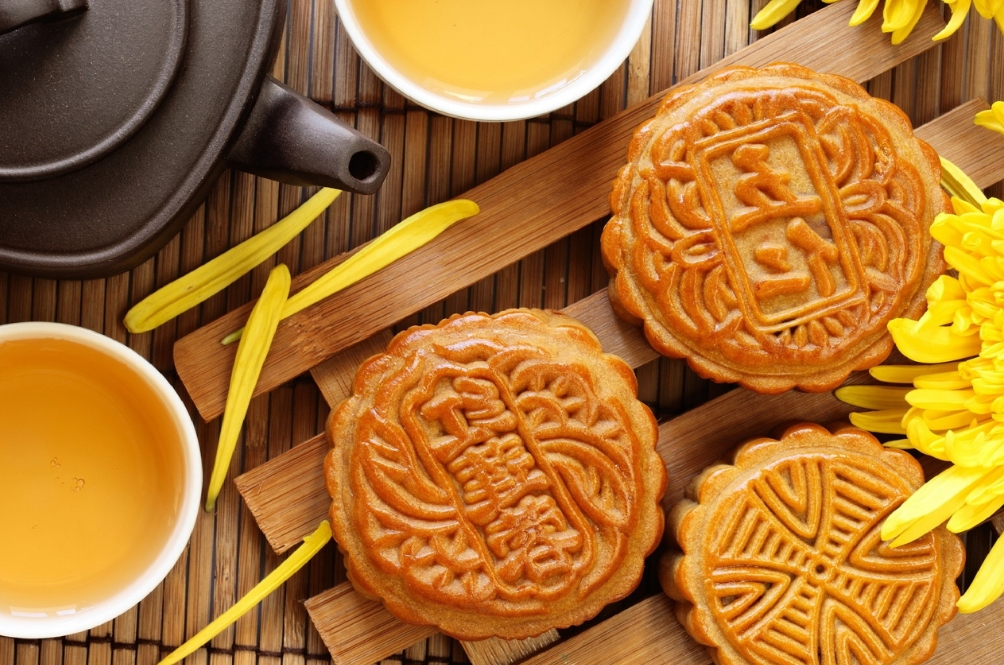 Legend has it that mooncakes were integral in the rebellion against the Mongol empire in the 14th century.  Revolutionaries spread rumors of a disease that could only be cured by eating mooncakes and hid secret messages inside to organize the revolt.  Others claim the patterns on the mooncakes were used as a puzzle to be cut apart and rearranged to unveil a secret message.

In recent years the mooncake has become an artisanal delicacy with new flavors and combinations abounding.  Some mooncakes are savory such as the rich mixed nuts with chicken ham mooncake.  Macadamia and almond temper the smokey ham flavor in this unique blend.  Tea pairing with mooncakes has become an art as well. The Pandan lotus paste which has a vanilla like taste to the western palette, red bean core and melon seeds for texture and flavor is already a wonderful creation. Pairing it with black lychee tea adds a fruity finish and spice vaguely reminiscent of Christmas. 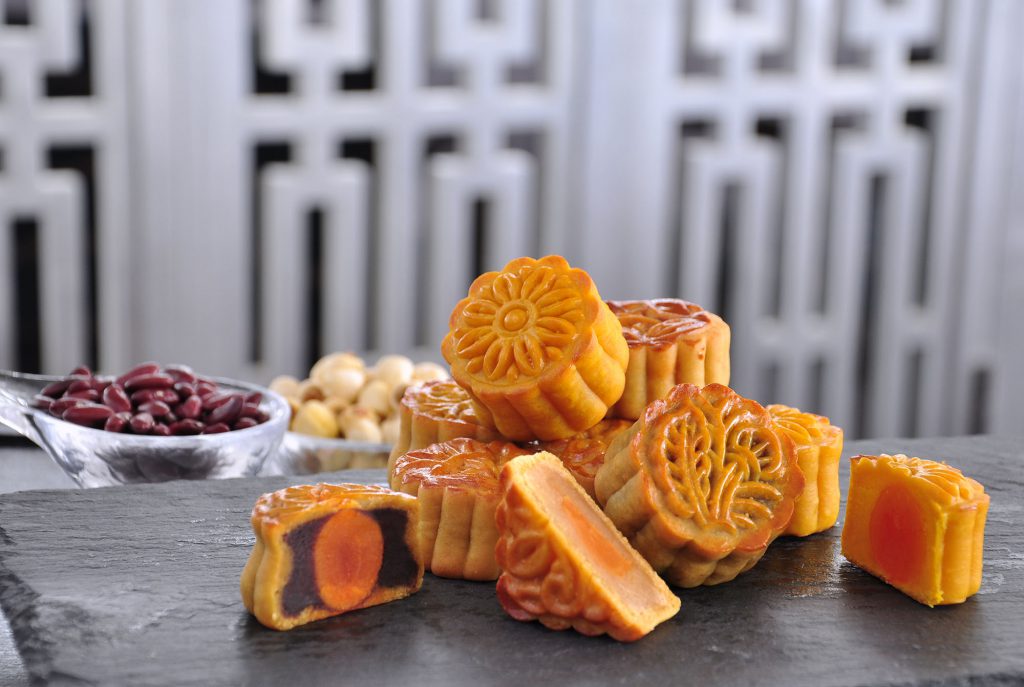 The intricate art on the mooncake is matched with exquisite presentation.  These specialty items are well sought after and their price shows it.  Ordinary mooncakes can range from $10-$30 for a box of four but there are fancier ones close to $80 a box now.  Luxury brands such as Louis Vuitton, Armani, Gucci and Tiffany & Co. have created their own extravagant gift sets since the mooncake has long been used to maintain personal and business connections.  For example Armani has a beautiful round padded leather box with a crescent moon, a reference to the holiday. 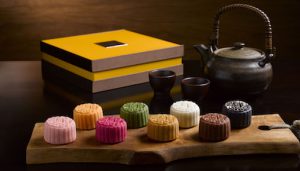 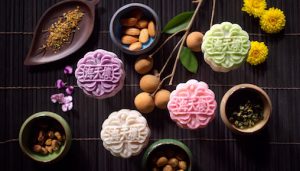