Strolling down the cobblestone streets in Paris, you’ll find a synthesis of classic delicacies from delicate street-born crepes to lavish deep-mugged hot chocolate. But one flight of sweet fare that is ubiquitous from Paris to London and New York is the macaron. 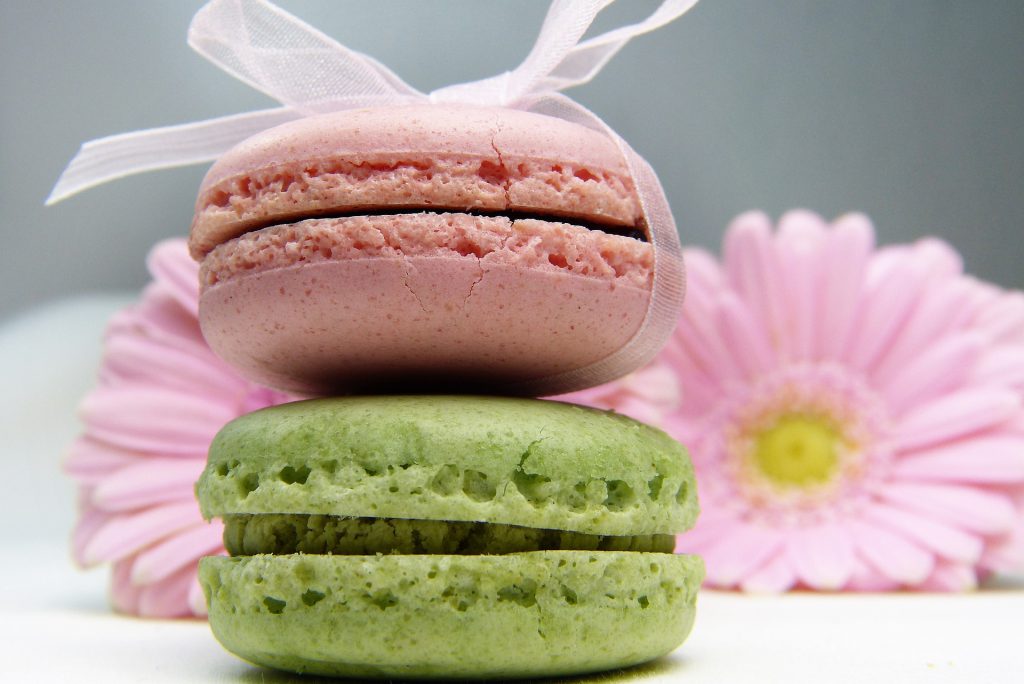 A timeless dessert that can be neatly wrapped in a small blue box to gift or nibbled on as a snack while perusing the Champs-Elysees, the macaron is a universal confection that has burst in popularity in recent years, as chefs venture to reimagine it with new creative and fruity flavors and decadent sandwiched cookies.

But there is one maison in Paris that has taken the term global fan base to new heights with their gourmet macaron made in over 100 iterations.

Ladurée, originating as a bakery in 1862 giving birth to one of Paris’s first ever tearooms where women could gather together in complete freedom, now has over 100 locations around the world specializing in unique seasonal and traditional macarons. A fanciful fairytale of “rainbows” and “marshmallows,” where dreams of pastel confections, soft teas, and crimson sandwiches come together to delight café goers with a kaleidoscope of Parisian dreams come true, Ladurée is the “supermodel of the food industry” bringing to light new takes on this old but classic dessert.

Starting out of Pierre Desfontaines kitchen in the mid 19th century, Ladurée’s macaron, although ever evolving, has remained the same. Two dainty shells joined together by a glazed ganache filling.

And this season, if you’re looking for a sweet treat that’s fashioned with a new trend, we suggest indulging in their recently premiered “Ooh La La Ladurée” collection, chocolate-coated macarons featured in four different flavors and presented in a box of 12. Magnifique! 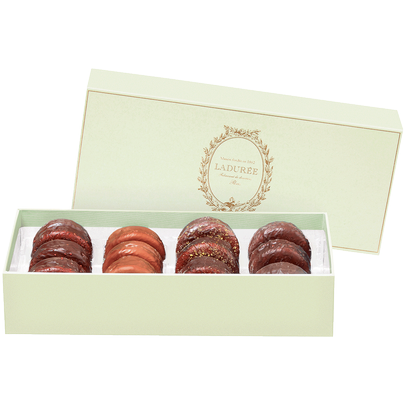