No, it’s not an April Fool’s joke. #SourdoughBreadDay just so happens to share its special day with pranksters and tomfoolery. But sourdough bread is nothing to joke about. Sourdough gets its name from the process of a long fermentation of the dough with lactobacilli and wild yeasts. That’s also where it gets its slightly sour, delicious taste.

Where did sourdough bread come from? Legend has it sourdough first arrived on the scene in Ancient Egyptian times around 1500 BC. Later in history, during the California Gold Rush, sourdough was the main bread produced in Northern California and is still synonomous with San Francisco today. During the Klondike Gold Rush, the bread was so popular that it became a nickname for prospectors. Sourdough is also a nickname given to those who spent a winter north of the Artic Circle. Why? People protected the bread during the frigid months by keeping it close to their body. 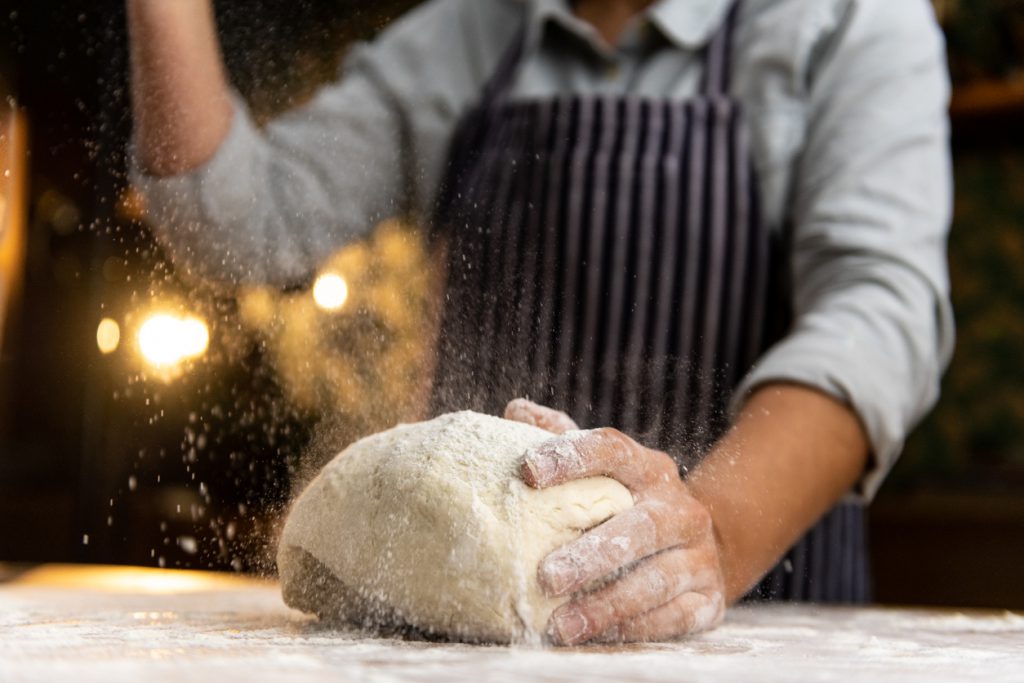 The most famous sourdough comes from San Francisco and has since 1849. Sourdough is pure and does not require any preservatives. The fermented yeast is what gives the bread a longer shelf life. Since the lactobacillus adds that sour taste to the bread, the yeast doesn’t require any additional sweeters or oils.

Many initially thought San Francisco was the only place you could make a good sourdough loaf. Who were they kidding? This was due to the foggy climate that produced a certain type of yeast. In fact, many bakers claimed that nobody outside a 50-mile radius of San Francisco, could replicate the same sourdough. It’s simply not true as scientists later gave credit to a strain of bacteria responsible for the beloved bread.

So, in honor of Sourdough Bread Day, where do you find the best loafs? Boudin Bakery on Fisherman’s Warf has a popular following. However, the Tartine Bakery in the mission District has been named one of the best bakeries in the country, per the New York Times.

Food lovers do agree that the best sourdough hails from San Francisco and the city is awash in the right type of environmental bacteria, which enhance the flour’s sugars and yeast. Yes, that’s right, the bacteria is especially tasty in the Golden Gate City. Just like Guiness is better enjoyed in Ireland.

So grab a loaf of your favorite variety and toast Sourdough Bread Day!