The University Cultural Center of Guadalajara, now in its stage 5 with the opening of Performing Art Building, is a space provocative of curiosity and cultural inspiration; An inclusive place that improves the life quality within a stimulating urban district. The vision is to forge a sense of community, identity, belonging and pride, with a mixture of emotion, fun, art, learning, recreation, nature and information: synergy between the arts and the economy of ideas.

In 2007 came the excitement with the Telmex auditorium; From 2010 the encounter place “Bicentennial Plaza and Agora Jenkins” oparate; In the 2012 the Jalisco’s memory is accessible in the Jalisco´s State Public Library “Juan Jose Arreola”; in 2016, the applied Science has its place at the Center for Transdisciplinary Instrumentation and services; this 2017 the Performing Arts Building opens its doors to the inspiration, the new protagonist inaugurated this last October 21st which adds to these 4 complexes as an architectural icon for Mexico. 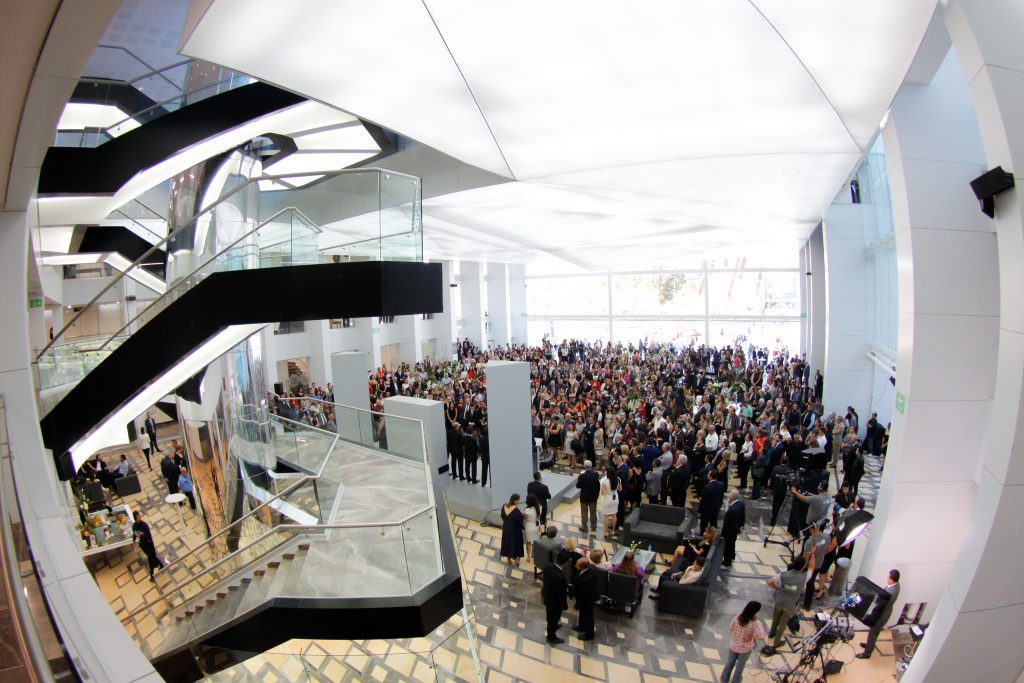 In addition, the living and the future is under construction with a 60% advance of the Environmental Sciences Museum, stage 6 of this development, which will later receive the collaboration of the community in the contemporary art room, which will be concluded next year, stage 7; In the same way it will soon integrated commerce, housing, hotels and offices that will give permanent life to this Cultural district. 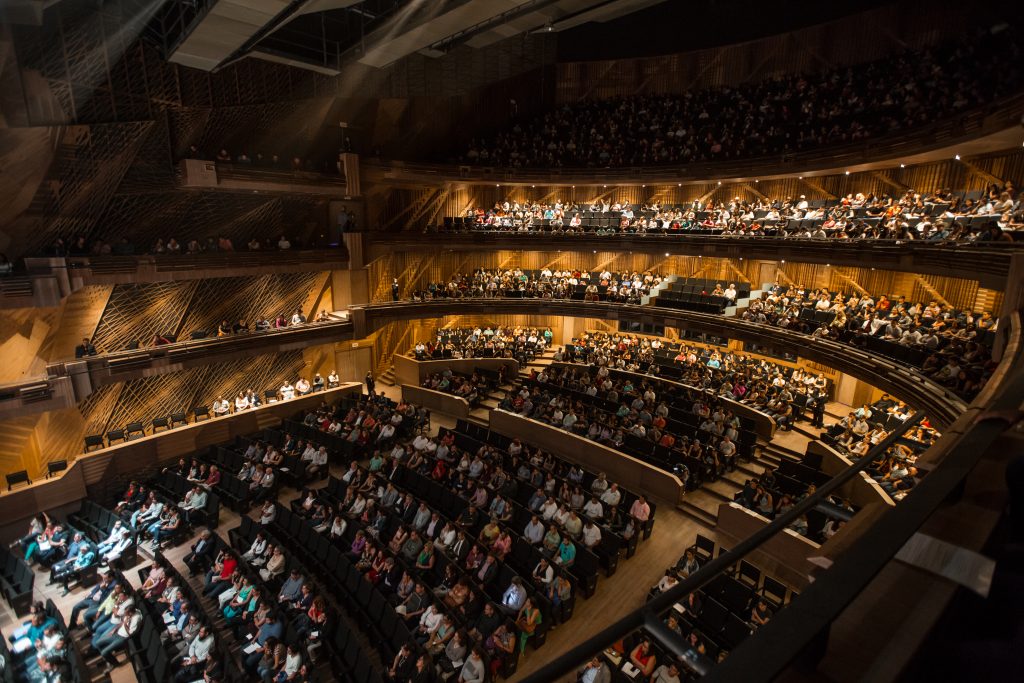 With the Performing Arts Building is consolidated the construction of 52,000 square meters, avant-garde spaces that show the best acoustics and lighting in the world, comparable to the Lincoln center in New York, the Kennedy Center in Washington and the National Theatre In London. 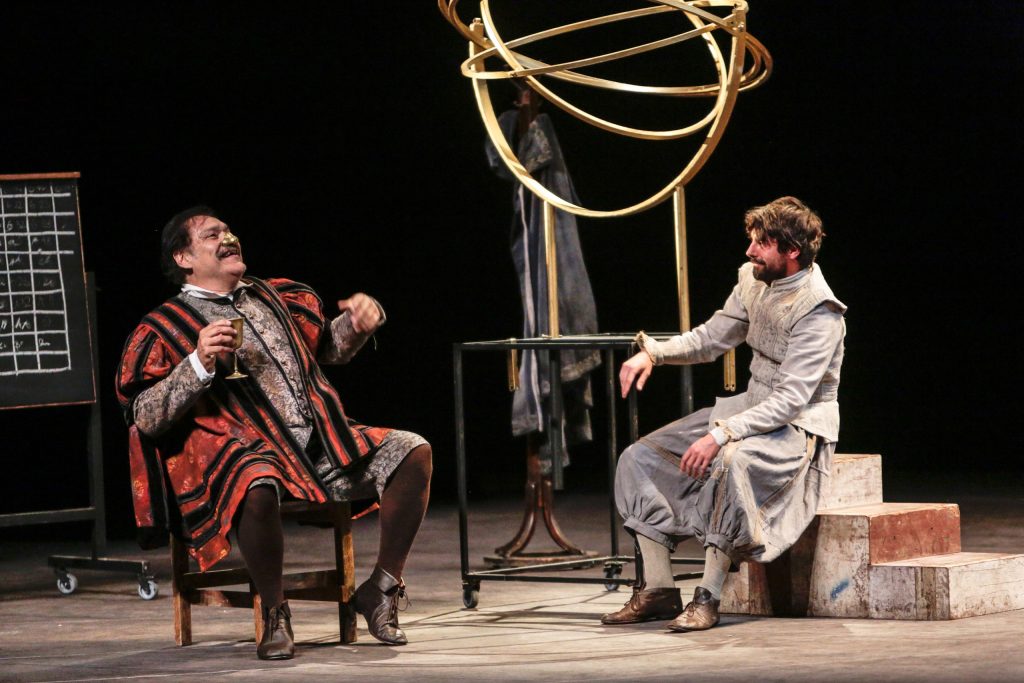 Altogether The Building has five theatrical spaces, Room Placido Domingo dedicated to opera and dance with place for 1800 spectators: Room 2 for 900 people focused on theater and music concerts, Room 3 for 400 spectators and Room 4 f or 220 attendees, for expressions of the experimental Arts, new trends of dramaturgy and the contemporary tendencies. Finally, a Cafe-Concert for 160 people, in addition to their respective rehearsal rooms. A Cineteca with 5 rooms complements the Performing Arts Building, with a premiere room for 383 people, 3 rooms for 154 users each, and another one for 88 attendees. 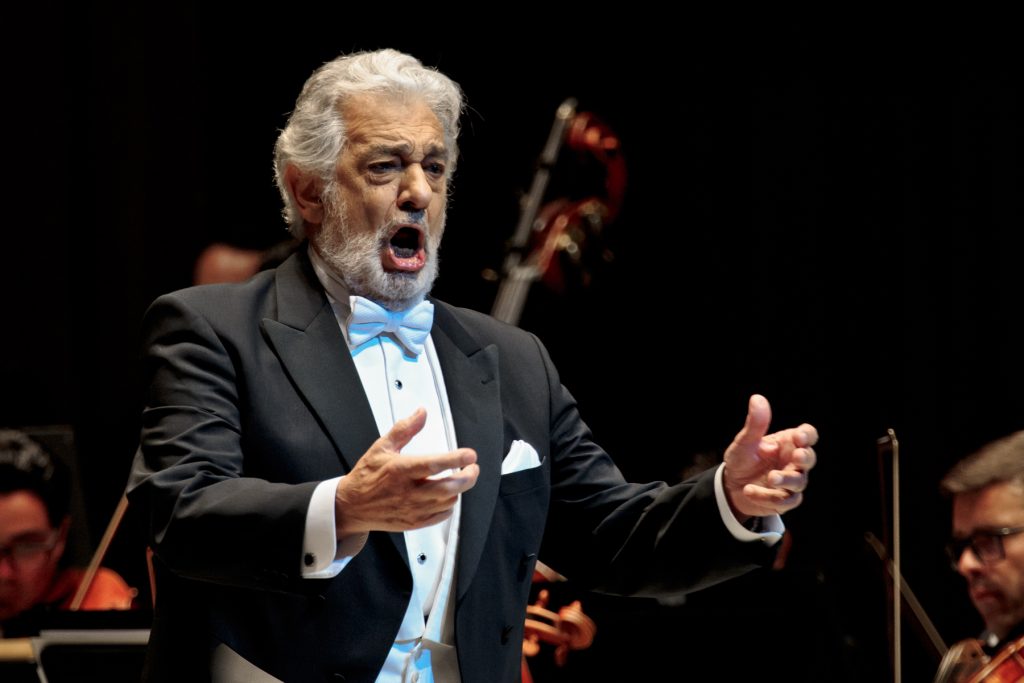 The Spanish singer Plácido Domingo with opera and zarzuela performers brightened up the opening of the new Performing Arts building of the University of Guadalajara on October 21st. The gala brought together cultural authorities from our state and country as well as loving public of these genres. 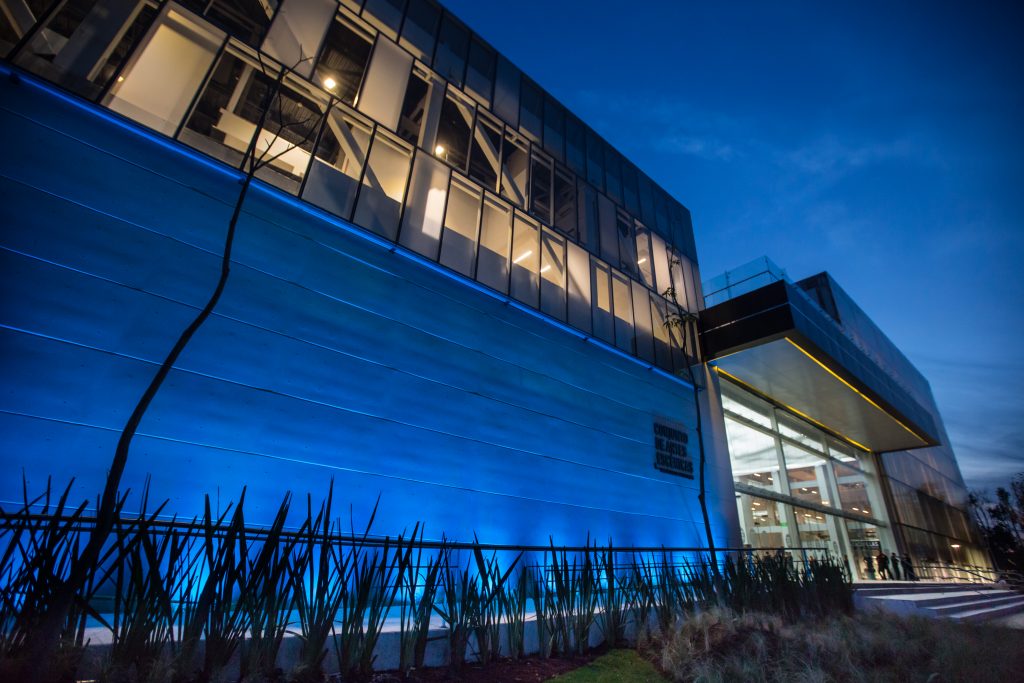 Raúl Padilla López mentioned in his inaugural speech that this space- established is the contribution of the University of Guadalajara for the society, by providing a space to enrich the spirit of Jalisco and its visitors, towards the arts. The Performing Arts Center is inaugurated with a splendid gala. At the end of the ceremony the Auditorium 1 is named Plácido Domingo. The rector of the University of Guadalajara, Tonatiuh Bravo Padilla, said that this house of studies “extends the cultural offer of the city and the western region, with spaces that meet the technological requirements demanded by musical, dance and theater productions of our time “, and endorsed the commitment that the center has to complement the creative spirit of the new generations of students. 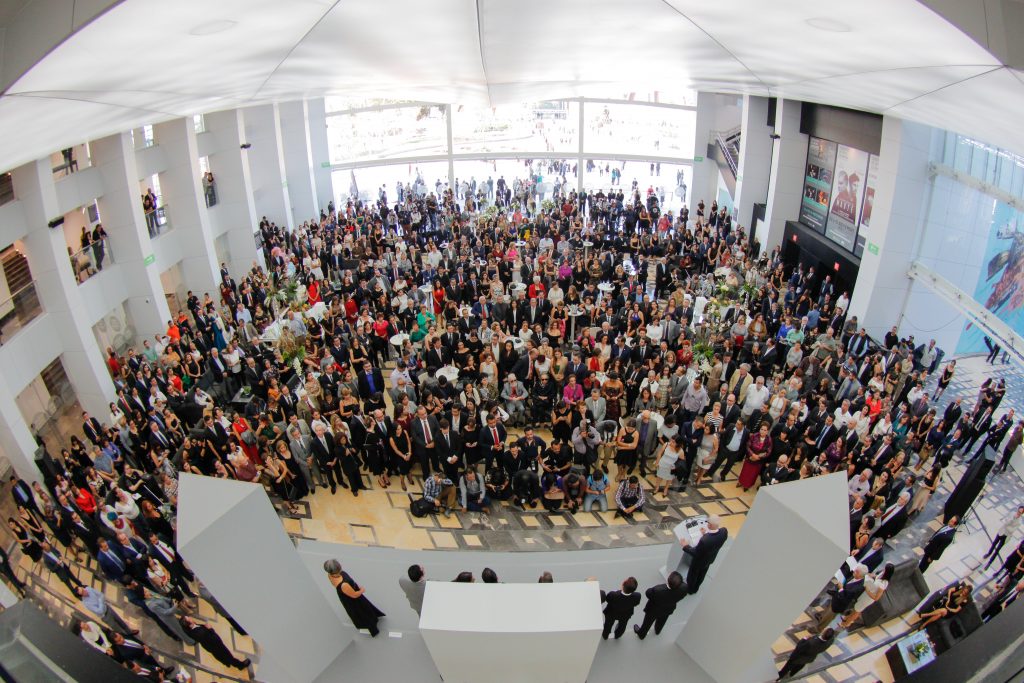 After the official speeches, the one thousand eight hundred attendees at the inaugural gala – including the presence of the writer Fernando del Paso and his wife Socorro-, rushed to take their seats and enjoy a very special night of the close relationship that the singer Plácido Domingo has with the country, the state and the University of Guadalajara, since a decade ago where’ve he was also honored at the opening of the Metropolitan Telmex Auditorium. 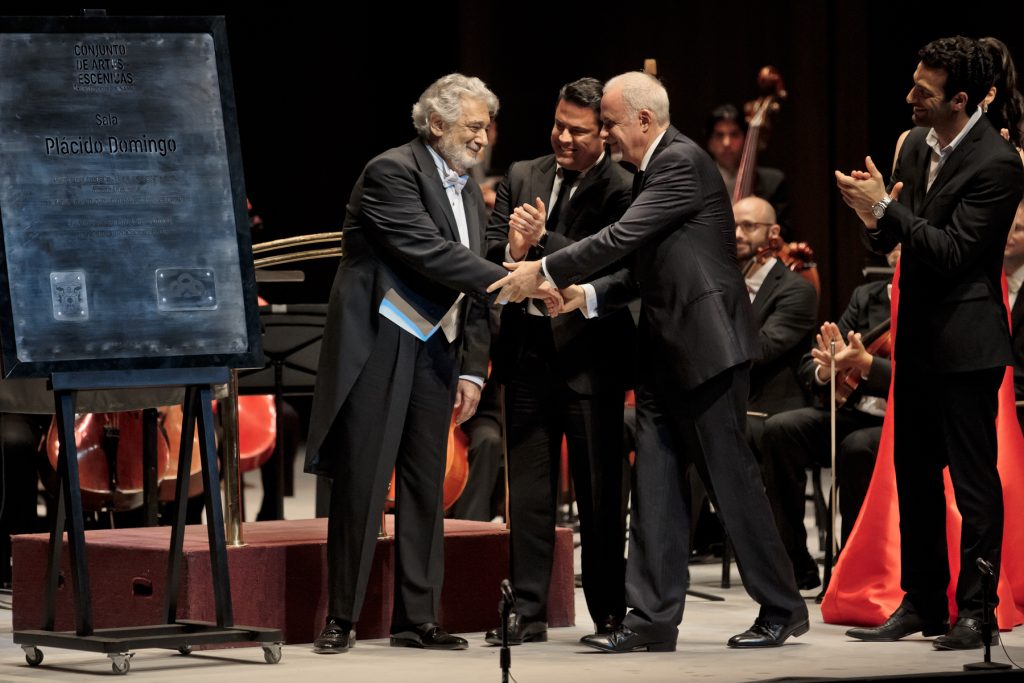 Clearly moved by receiving an standing ovation by just appearing on stage, Domingo began his concert with the opening of Rossini’s La gazza ladra. Continued by the winners of Operalia; young voices that had the privilege of share the stage with him and also as soloists and jointed voices on an unforgettable night.

To conclude the night of opera and zarzuela, the music took a turn and a mariachi from the state of Jalisco appeared on stage and revived the euphoria from the audience, listening to Plácido Domingo perform Ojos tapatíos. 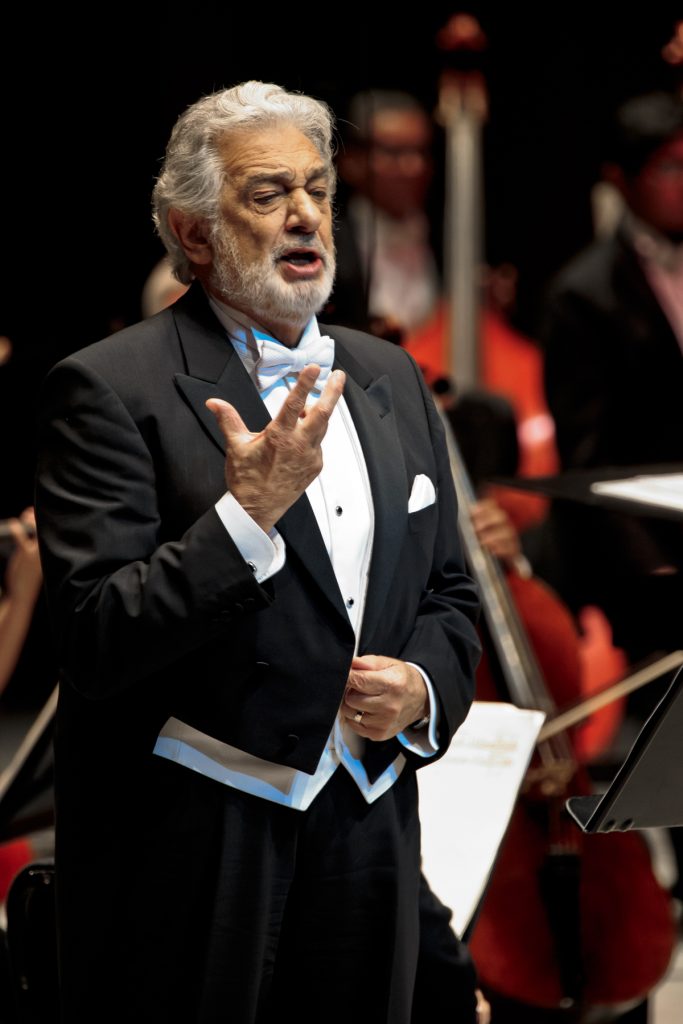 The Performing Arts Building prepared a very special surprise where at the end of the concert announced that the Auditorium 1 of the venue will have the name of Plácido Domingo starting that first night of celebration, in recognition of his extensive career and as appreciation of his contribution to enrich the arts in Mexico.

Altogether the project is catalyst for ideas, meeting space and exchange platform.