He’s casually dressed, shaggy-haired and covered in tattoos, however don’t let his laid back look fool you. Sheeran is not only breaking the quintessential image conscious pop-star mold, but the 26-year old has mastered a unique sound in a league of his own. His chart-topping music is an eclectic blend of pop, folk and hip-hop, which has made this unlikely superstar one of the most accomplished male artists on the planet. 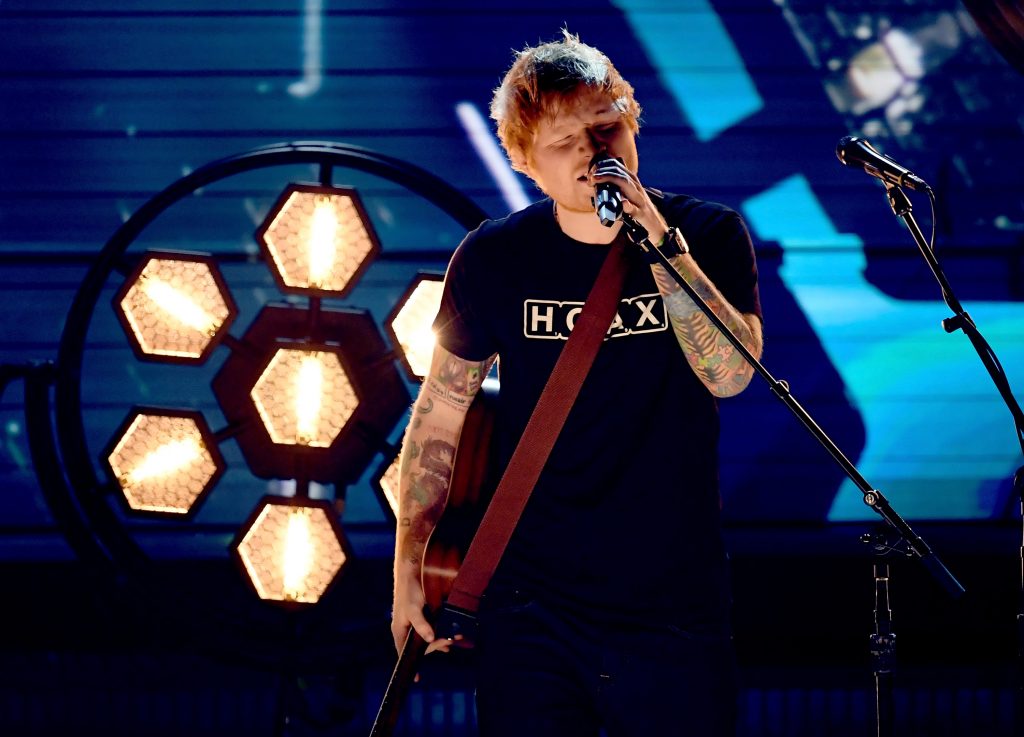 In 2011 his debut album, + (plus) reached seven-times platinum in the UK. The single “The A Team” earned him the Ivor Novello Award for Best Song Musically and Lyrically. In 2012, Sheeran won the Brit Awards for Best British Male Solo Artist and British Breakthrough Act.

His second album x (multiply) was released in 2014, which sold seven million copies worldwide and includes hit singles “Sing”, “Don’t”, “Thinking Out Loud” and “Bloodstream” winning him two Brit Awards. Notably, in 2016 Sheeran took home two Grammys for “Thinking Out Loud” in the Best Pop Solo Performance and Song of the Year categories. 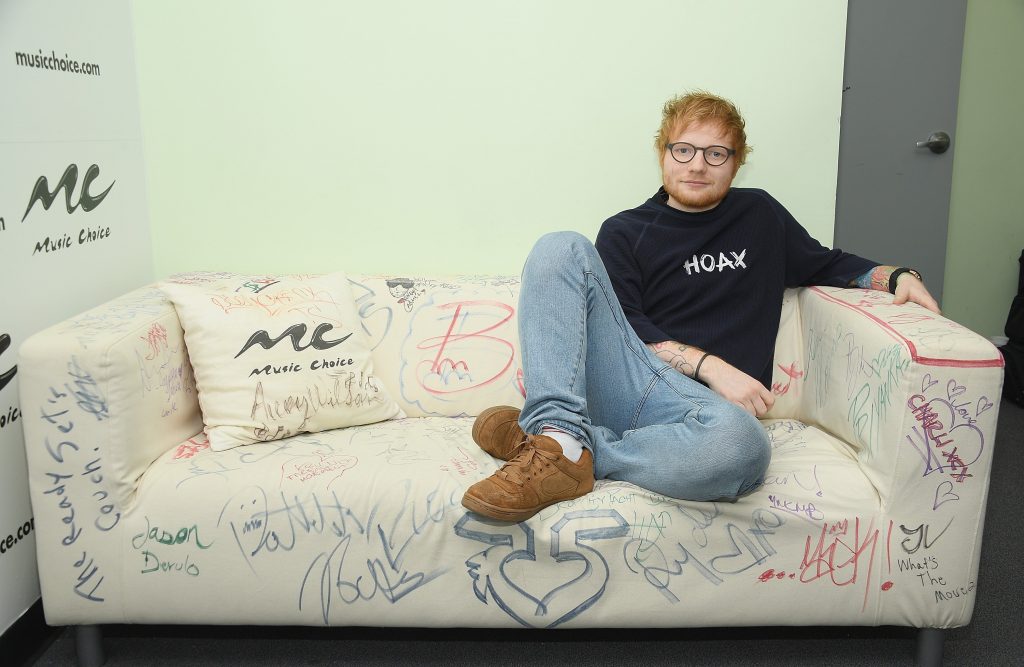 Sheeran returned in March 2017 releasing, ÷ (divide), which to no surprise debuted at number one in the UK and US. It’s the third fastest-selling album of all time – after Adele’s 25 and Oasis’s Be Here Now – and has already gone double platinum.

With no signs of slowing down and refusing to fit in, the scruffy British singer/songwriter will only continue to capture audiences with his clever wordplay and soulful lyrics.

“I can’t tell you the key to success but, the key to failure is trying to please everyone.” – Ed Sheeran