Bruno Mars has his finger on the pulse of today’s hottest music.

Peter Gene Hernandez, known professionally as Bruno Mars, is a singer-songwriter, multi-instrumentalist, record producer, and dancer. He has released seven number-one singles on the Billboard Hot 100.  His uplifting funky fun-beats are what made “Uptown Funk” the fifth music video in history to hit three billion views on YouTube and as of 2017, the singer has sold over 180 million singles worldwide. 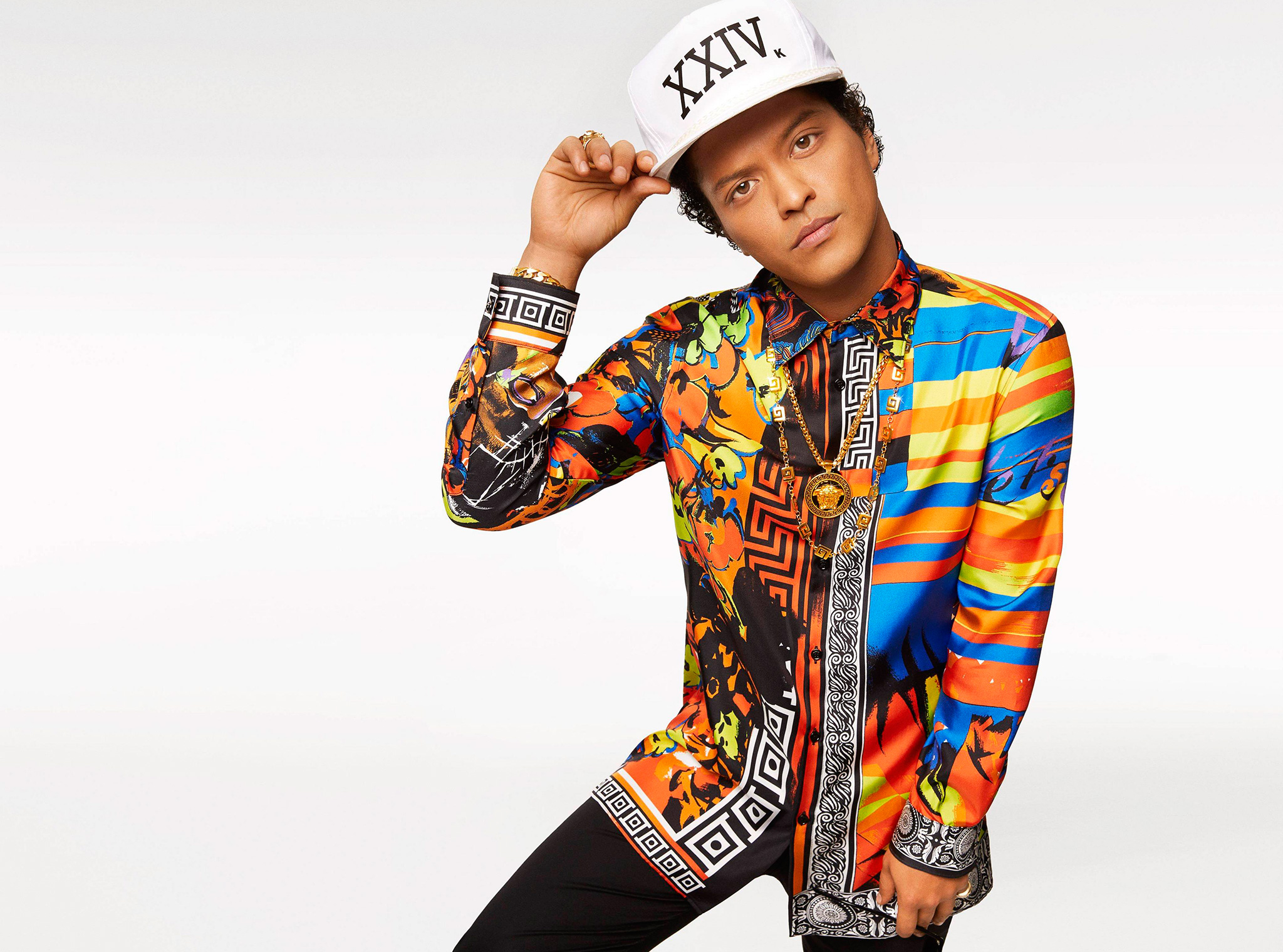 Mars, born in 1985 in Hawaii, and living in Los Angeles since 2003, says his influences include Jimi Hendrix and Elvis Presley. His style is reminiscent of the best in R&B: James Brown, Prince and Michael Jackson. Indeed his musical roots are entwined with growing up in a musical family, as were Jackson’s. Mars has been performing on stage with his family since he was four years old. 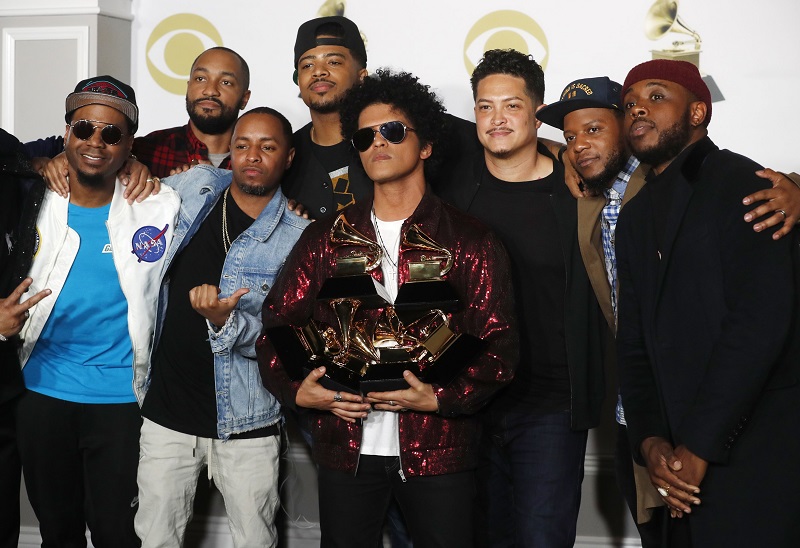 Bruno Mars reigned supreme at the 60th GRAMMY Awards where 24K Magic made a clean sweep of every category for which it was nominated including Record of the Year, Song of the Year, Album of the Year – six awards total. He is the ninth artist to win six or more Grammys in a single ceremony.

Bruno Mars’ 24k Magic World Tour includes 210 appearances and began in March 2018. It will conclude in Los Angeles, at the Staples Center with special guest rapper Cardi B. 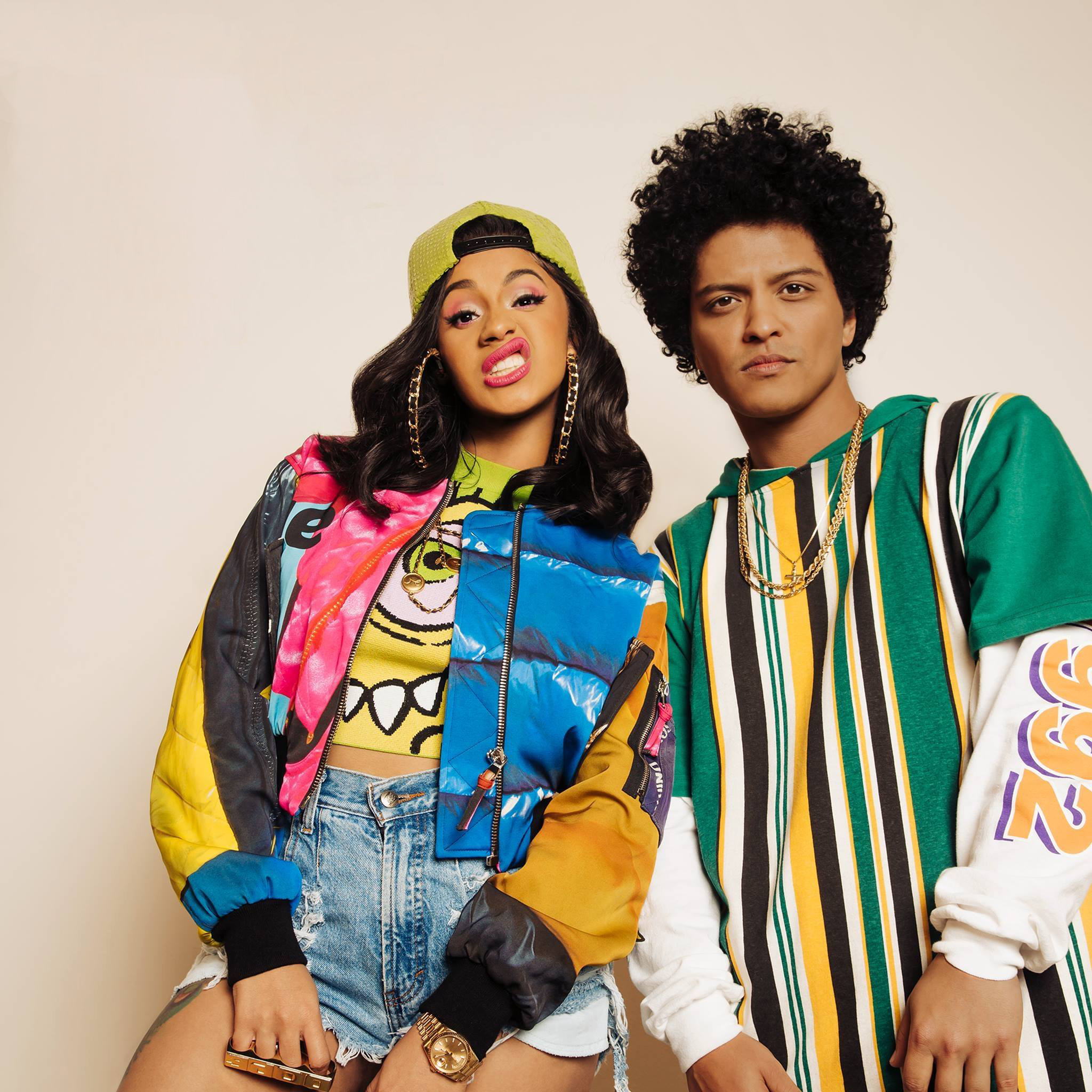 “I just know that I’m a fan of all different kinds of genres. You’re supposed to be free doing music, and that’s how I feel. – Bruno Mars