Tony Bennett and Lady Gaga Are At It Again

Their chemistry was obvious from the beginning when Lady Gaga sang “The Lady is a Tramp” with Bennett on his Duets II album that became Bennett’s first ever number one record. Bennett, no stranger to working with the music industry elite, has collaborated with Aretha Franklin, Amy Winehouse, and Willie Nelson.

On the heels of Duet ll‘s success came Cheek to Cheek, Bennett and Gaga’s collection of jazz standards. Says Gaga,

“I’ve been singing jazz since I was a child and really wanted to show the authentic side of the genre. We made an album of jazz classics, but it has a modern twist.”

Cheek to Cheek is a highly praised album and debuted at number one on the U.S. Billboard 200, then went on to win the Grammy for Best Traditional Pop Vocal Album at the 57th Annual Grammy Awards. Gaga, who was Billboard’s 2015 Woman of the Year, joined Bennett on an international tour, delightfully surprising audiences by crushing the most famous jazz standards and doing it with style – mountains of it. 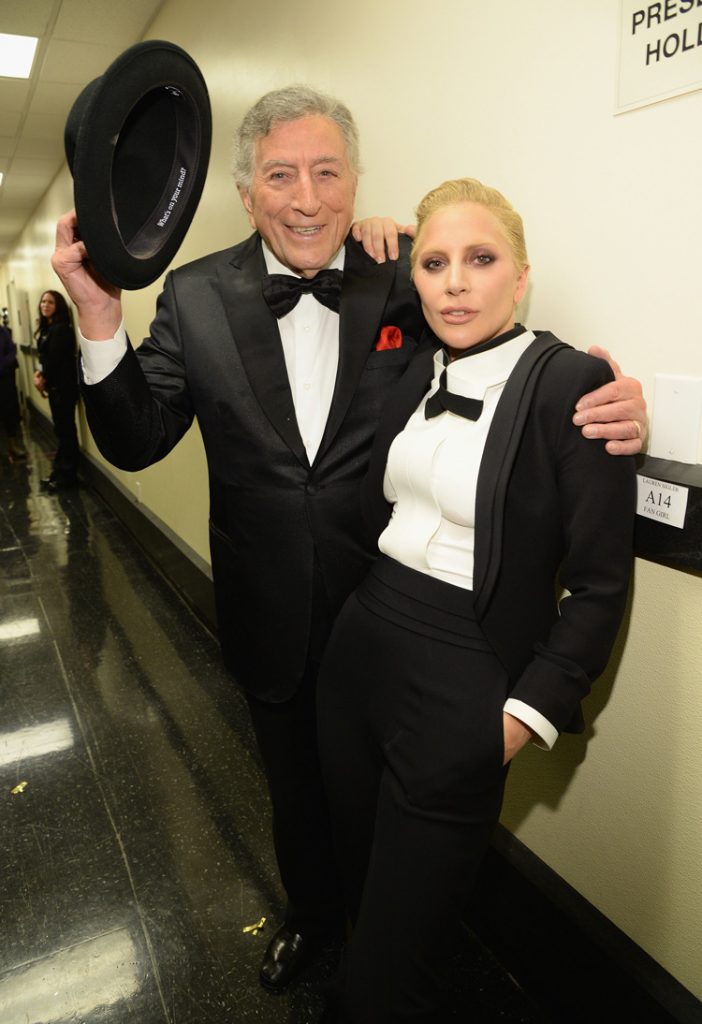 Following the massive success of Cheek to Cheek, the famous ‘odd couple’ is recording another album showcasing the prodigious Cole Porter. The details of this new project are still hush-hush but the 89-year-old Bennett has dished that the new record would be released to celebrate his 90th birthday which will take place this August.