What You May Not Know About The 2018 Volvo Ocean Race 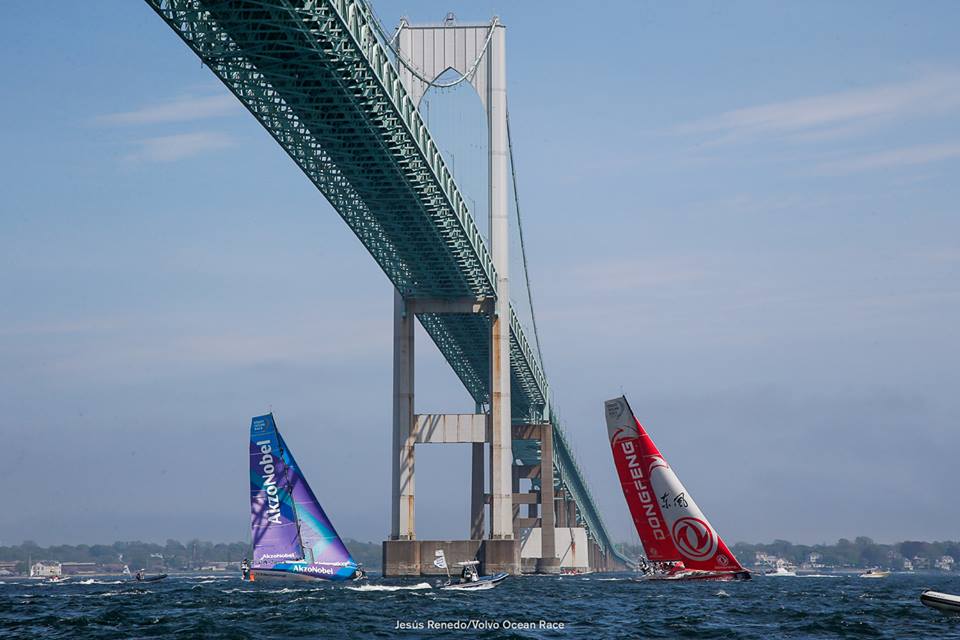 1. I know you’re wondering, “Don’t those Volvo folks do cars?”, and the answer is YES! They make the safest vehicles around, and they do it better than anybody, but they also sponsor this little sailing race called The Volvo Ocean Race.

2. Sarcasm about it being a “little race” aside, The Volvo Ocean Race is a sailing endurance race.  Specifically, it is THE global sailing race. It’s considered the most difficult of “The Big Three” global sailing competitions. These are relentless, grueling, and life threatening globe-spanning sailing races. The Olympics and The Americas Cup round out the “Big Three”, but The Volvo Ocean Race is considered the toughest.

3. Here’s some perspective. As in, these are the best athletes in the world, THAT kind of perspective. The race is 45,000 nautical miles (which is about 52,000 miles), it began in Alicante, Spain, and this 2017-18 year will take sailors across four oceans, stopping at 6 continents, and sailing into twelve landmark Host Cities.

4. It’s incredibly dangerous, and provides the ultimate test of a team and human endurance like no other – there are NO BREAKS. They’re sailing 24/7 in each leg of the race, and this competition began in 1973. Take a moment to imagine the technology available to those sailors in the 70’s. Thirty two knots may not sound like much but being aboard a sailboat going almost 50mph is serious excitement. It’s quite the wild ride through ocean swells with waves breaking over the boat.

5. Four decades ago, when it began, the race was sponsored by the British Royal Naval Sailing Association, and it was actually named after it’s initiating sponsor, the Whitbread Round the World Yacht Race, intended to be an around the world regatta, held every three years.

6. The Volvo Ocean Race is unique for a couple of reasons. This race 2017-18, and the last race, which was 2014-15, committed to something new:  using a one design Volvo Ocean 65 sailboat. Veteran Helmsman and owner of North Sails, Ken Read, explains the principals of the one-design boats used in the Volvo Ocean Race. 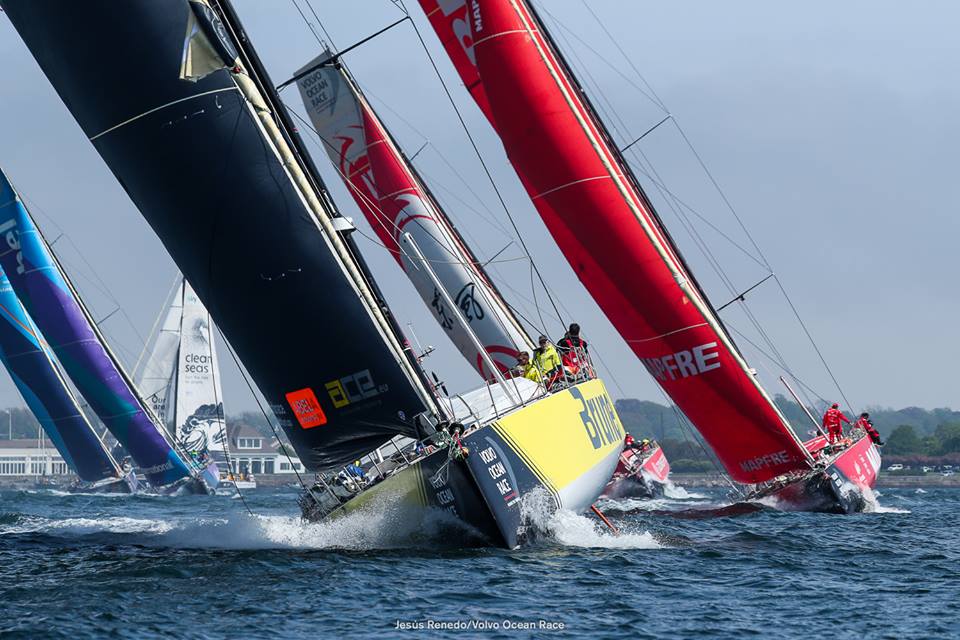 “What one-design means in the sail racing world is that every team is using the same boat with the same design specifications, built by one builder…” Now it’s more of a race among sailors with similar boats, all cutting edge. Even within the one-design designation, it costs about a million dollars to construct each vessel.

7. Designed to add flexibility for teams, and create a clearer pathway for female sailors to take part in the race, new rules mean that skippers have the option to change the line up of their crew on a leg-by-leg basis, and with the return to more Southern Ocean racing meaning that teams are likely to face gruelling conditions for longer, skippers can take up to three extra sailors members by opting for a mixed crew – and that will have huge implications in terms of life on board, such as the watch system, and general duties.

8. The regatta descended upon Newport, Rhode Island, and will be there until they leave for the last leg of the race. The adorable little town of Newport, Rhode Island, “sailing capital of the world,” has  transformed its little village by the sea to a major event extravaganza, putting more than 500 volunteers to work.

9. Presently, the Netherlands holds the record of three wins, with Dutchman Conny van Rietschoten the only skipper to win the race twice.