THE AUDI SPORT QUATTRO IS MORE THAN JUST TECHNOLOGY – QUATTRO IS PHILOSOPHY. THE TERM STANDS FOR DRIVING SAFETY AND SPORTIEST, TECHNICAL COMPETENCE AND A DYNAMIC APPROACH TO LIFE 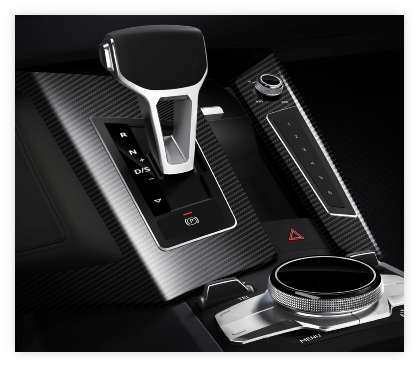 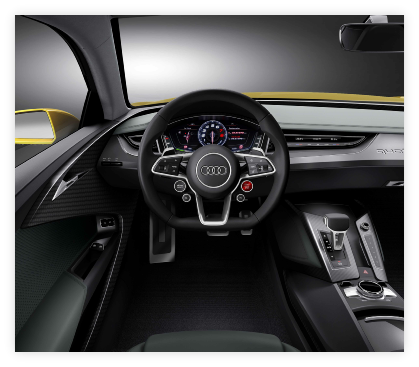 The new 690 hp Audi Sport Quattro (ASQ) will begin limited production in 2014.
It was introduced at the Frankfurt Motor Show, the 30th anniversary of the original short-wheelbase Quattro coupe. Audi received rave reviews for its latest two-door, four-seat concept as the coupe’s “legitimate successor.”

Its styling mixes modernity with influences from the original Sport executed by ItalDesign, the in-house studio for the German firm. It features its permanent 4 wheel-drive (the Quattro) but in this environmentally aware era it has a completely new plug-in hybrid power train that Audi is trying to establish as a premium option.

The 4.0 liter, twin-turbo V8 engine is coupled to a powerful electric motor to provide 690 hp and 590 lb/ft torques, giving the car a respectable 0-100 kph time of 3.7 seconds, plus a 305 kph top speed. Audi prefers the electric motor driving the front wheels because this is more efficient for regenerative braking.

The ASQ claims combined city/highway fuel consumption of 48 kilometers per liter (113 mpg) and it should cost a tad more than the $120,000 US R8 super car.