Ford is unveiling a new power car in bringing back the Mustang Shelby GT500. With over 700 horse power there is no doubt this cobra can uncoil and burn up the quarter mile. This is Ford’s most powerful street legal car in its history. Official numbers are not in but estimates put it at under 11 seconds for the quarter mile with a 0-60 acceleration around 3.5 seconds! 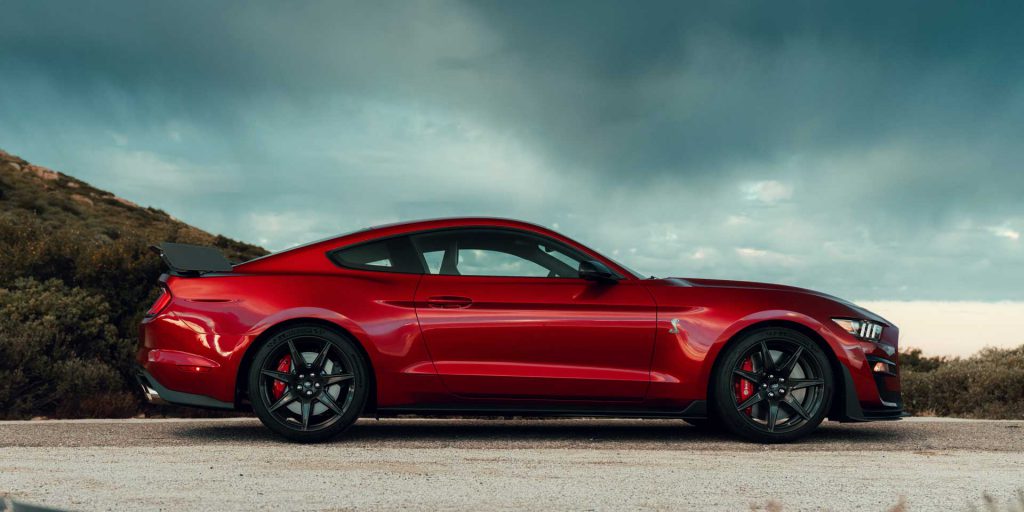 For those looking for a kick, this power comes from a 5.2 liter supercharged V8. The GT500 has some record setting features to handle that engine. The louver hood is the biggest Ford has made in order to manage all the air needed for cooling. It starts with a front opening for airflow that is roughly double the size of the GT350. Using a 600-watt electric fan and half a dozen radiators, each of the quad exhaust pipes measure an ample 5 inches across. 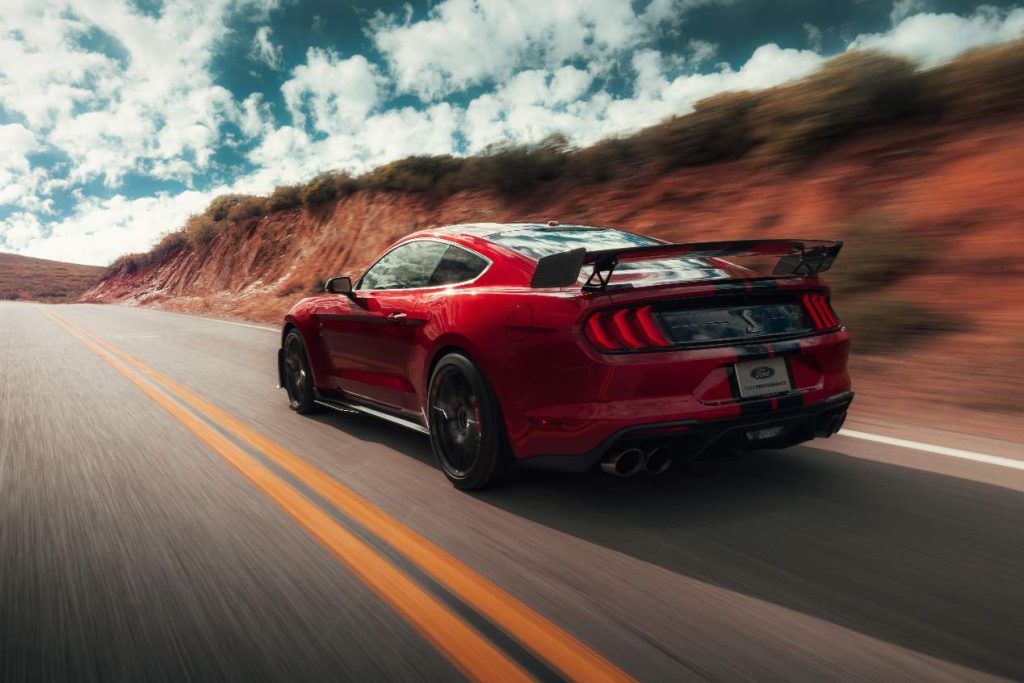 To handle slowing down from the extreme speeds this beast is capable of, the 16.5 inch rotors up front and 14.5 inch rotors in the back are the biggest brakes fitted to an American coupe. An interesting decision was made to not make a standard (stick shift) option. While the purist might not appreciate the lack of manual transition, the 7 speed dual clutch transmission “will perform far faster than even the best race car driver could” says Jim Owens, Mustang’s marketing manager. 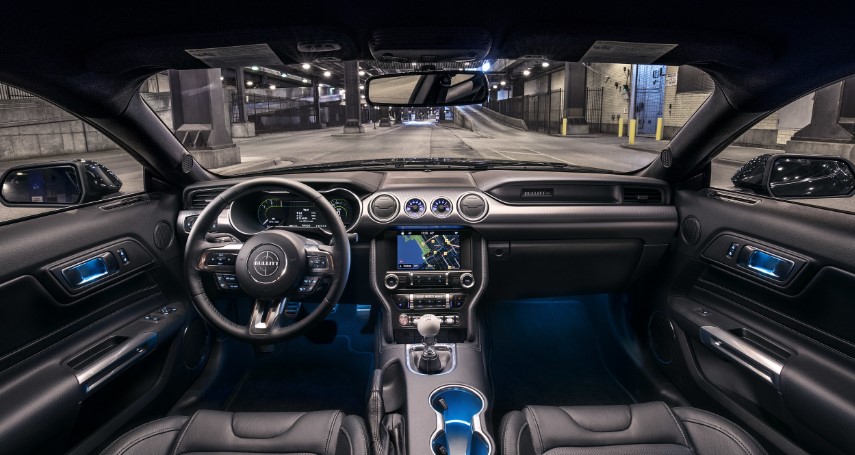 For ultimate performance, especially on the track, the Carbon Fibre Track Package adds a big rear wing and 20 inch Michelin Pilot Sport Cup 2 tires which lowers the un-sprung weight by around 60 pounds. This helps generate up to 550 pounds of downforce for an incredible feeling of stability at higher speeds. It is an amazing feat that this car is available and street legal. The top speed is regulated at 180 miles per hour, lower than some of the competition but the acceleration and handling mean this car can beat out many that claim a top speed or 190 or 200. 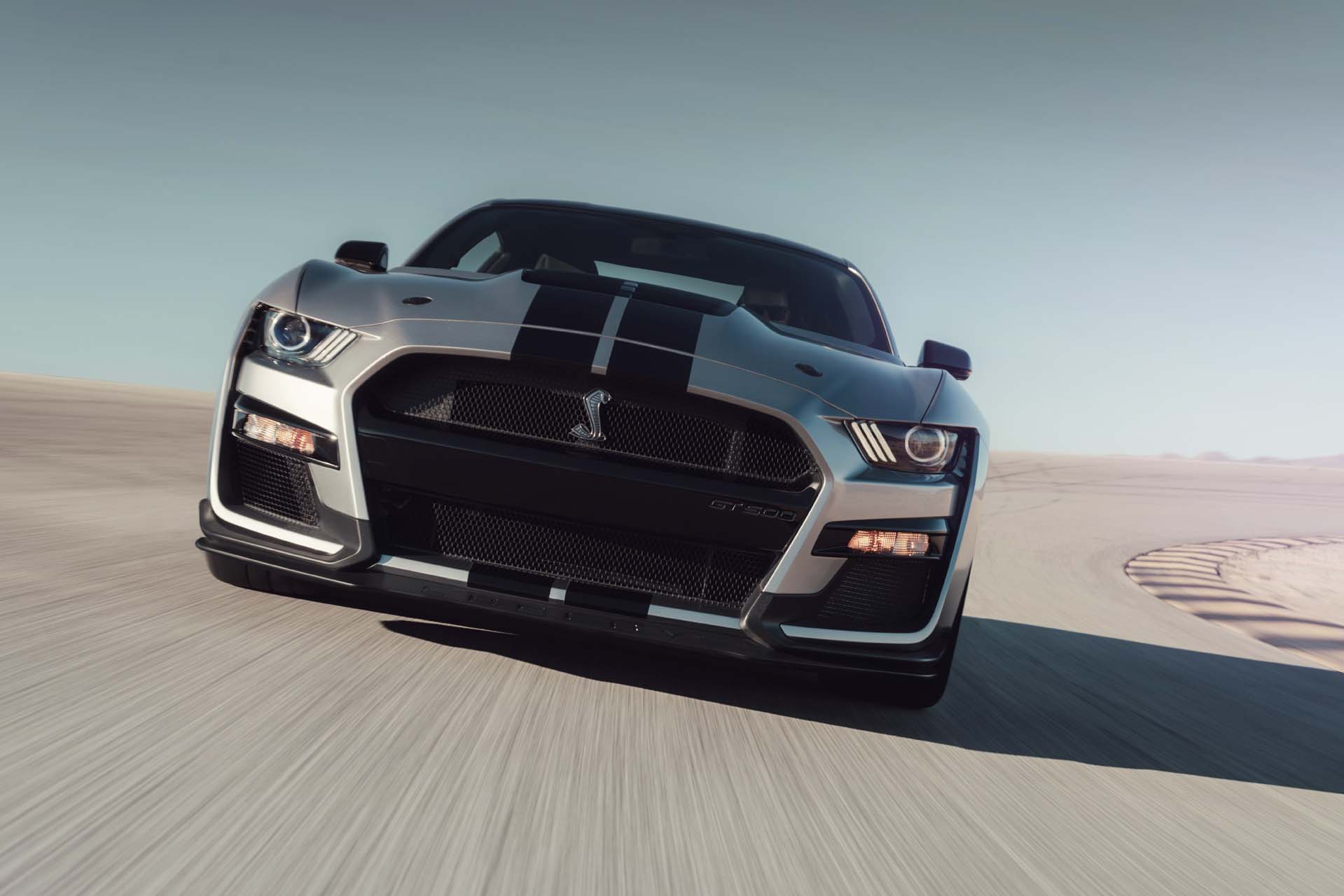