If Italy is on your travel list this year, a visit to UNESCO World Heritage Site and European Capital of Culture for 2019, Matera – an ancient city carved into a rocky ravine – is a “must do” for your itinerary. 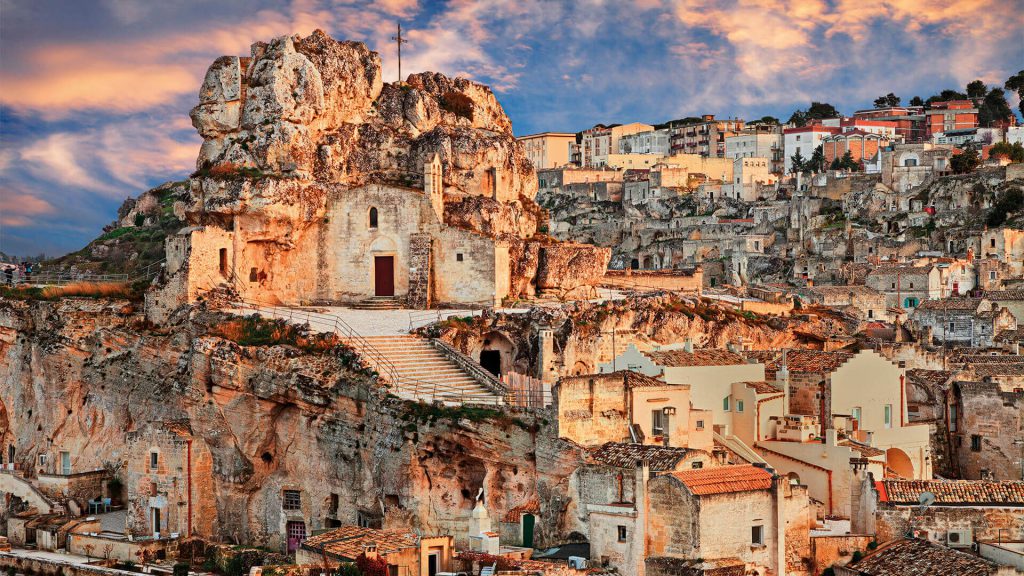 Like a stone giant waking up after a long sleep, Matera is slowly coming back to life. Our fascination with history, with wanting to experience how our early ancestors lived, has resulted in a the once-deserted sassi (meaning “stones” in Italian) again breathing with human activity. Restored homes, B&B’s, small hotels and restaurants welcome visitors to stop and stay, to catch a glimpse of life as it was in years past. Wander along the pale stone streets and explore the caves – some still as they were left years ago. 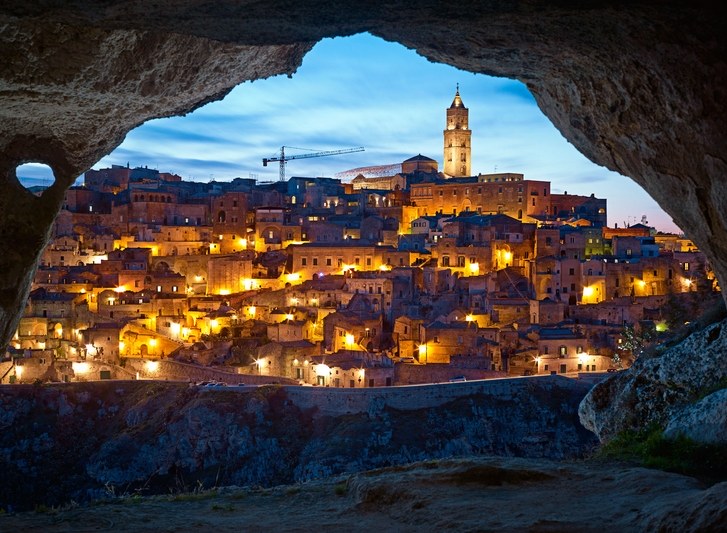 Locals had mixed feelings about Matera: after the forced evacuations some wanted the place completely destroyed. Government subsidised renovations in the mid-80’s brought many residents back to the old town, but most prefer to live in the new section with easier access to food markets and employment. While life returns to Matera, it is mostly visitors who are breathing in the cool cave air, but it has not become over-crowded and touristy like other popular destinations in Italy. As expected, most places close between 1-4pm, with eateries offering dinner from around 7pm. Traditional fare is presented with a contemporary twist. Enjoy a glass of local wine as the sunset bathes the stone terraces in liquid gold. 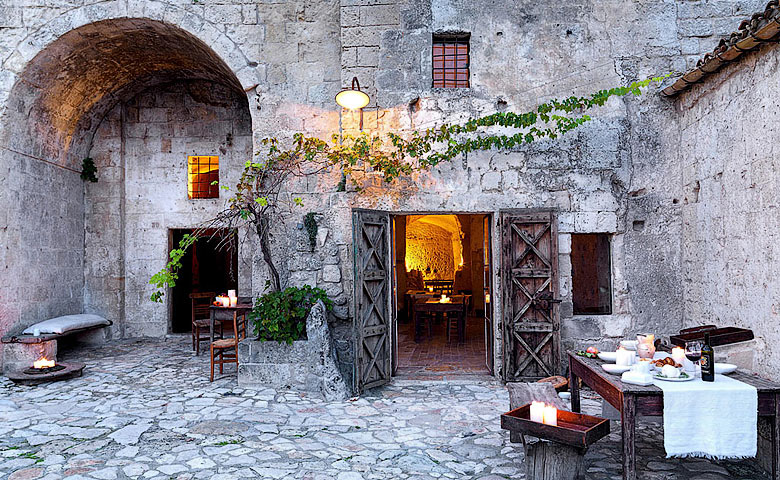 Situated in the remote southern region of Basilicata, Matera is a little off the beaten track. In the ancient sassi, homes are crowded together and piled atop one another along the sides of the ravine above the Torrente Gravina. In some places, rooftops of one row form the street of the row above. This strangely quiet chaos of grey stone structures contrasts dramatically with the graceful new town on the plateau above. 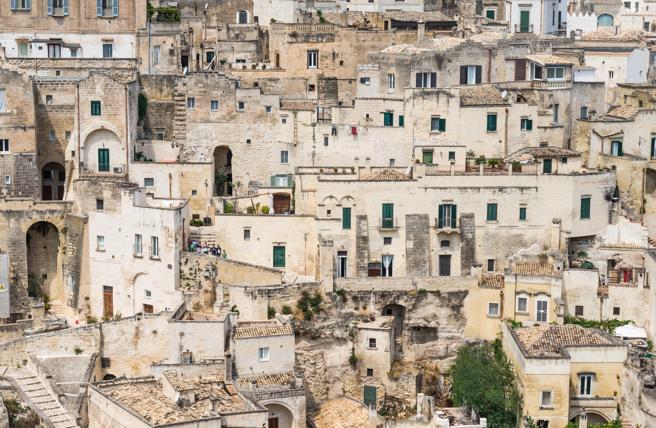 Take a train or bus from Bari (about 64km to the north) and then hire a vehicle if you intend to stay longer than a day or two. While you can cover a fair amount of ground and get a general feel for Matera’s history in just a day trip, a longer visit will give you a more immersive experience. Spend a night or two in a cave-home. Airbnb has a long, scrolling list of 5-star establishments. There are guides aplenty to show you around, but most locals will be more than happy to answer questions and reminisce – many of the older folks will remember life in the sassi before modern conveniences.

Matera has been home to mankind for a very long time. History buffs will reference “Paleolithic times” – when we first began to make and use chipped stone tools. As the population grew over time, with people and animals living together in these ravine-hugging cave dwellings, conditions in old Matera became desperate. In the 1950’s, poverty-stricken residents were forcibly removed from the malaria-ridden squalor and relocated to the “new” town on the plateau above. Not too long after, in the 1980’s fascination replaced disgust, and people who could afford to do so began to move back – renovating old cave houses and bringing civilization in the form of electricity and running water. Today’s visitors are even assured really good Wi-Fi.

Long, slow meandering walks are the best way to explore Matera. From the mostly restored Sasso Barisano to the ghostly Sasso Caveoso where little has changed, you can momentarily lose your sense of direction in the narrow alleys, dead ends and winding pathways. Matera feels surreal – something between a film-set and an ancient monument, it will stir your emotions and whisper to you to stay.