In the world of hotels, luxury hotels strive to be different in the way they present themselves to the luxurious side. Here is a list of the luxury hotels opening in the summer of 2018. 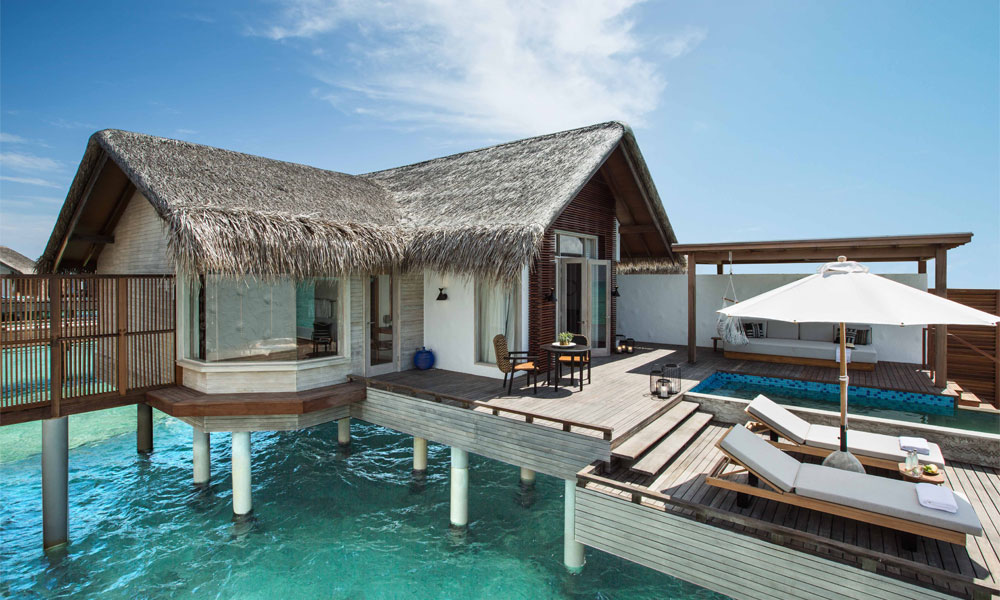 Fairmont Hotel Sirru Fen Fushi, Maldives
This new luxry hotel a 120-villa resort on Shaviyani Atoll in North Maldives. The atoll holds a breathtaking lagoon, a ton of marine life, an undersea art piece by Jason deCaires Taylor that is also the first coral rehabilitation project in the Maldives. The entire resort design was inspired by everyday life on the island. 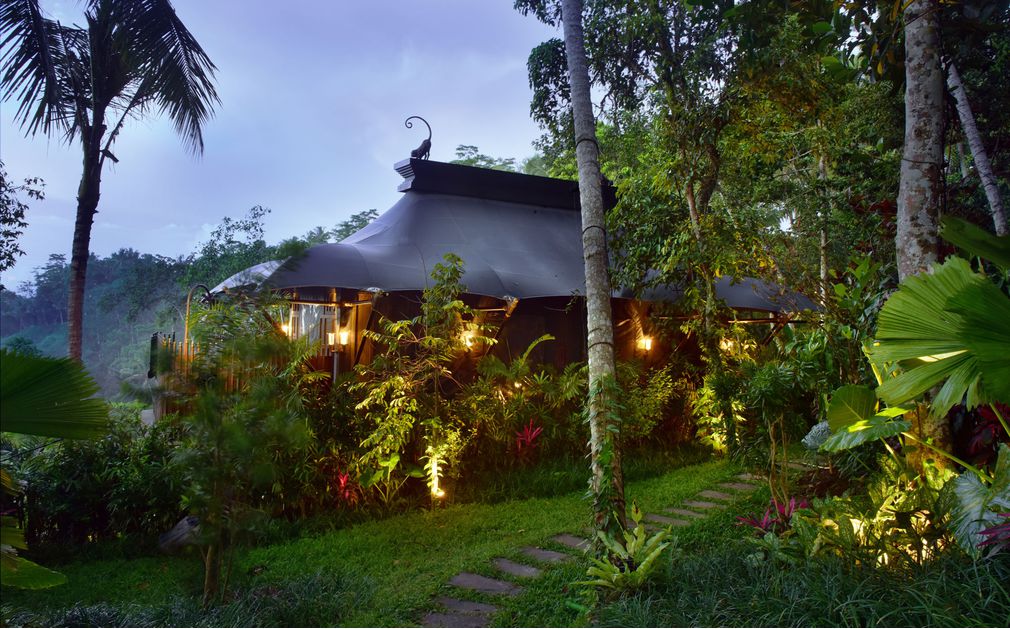 Capella Ubud, Keliki, Indonesia
If you like to camp and be outdoors, this is the newest hotel in Indonesia. Designed by Bill Bensley is nestled in the rainforest, the river, and the paddy areas around Keliki. There are 22 tented retreats with decks, and indoor and outdoor showers that are furnished and curated by the owner Suwito Gunawan. 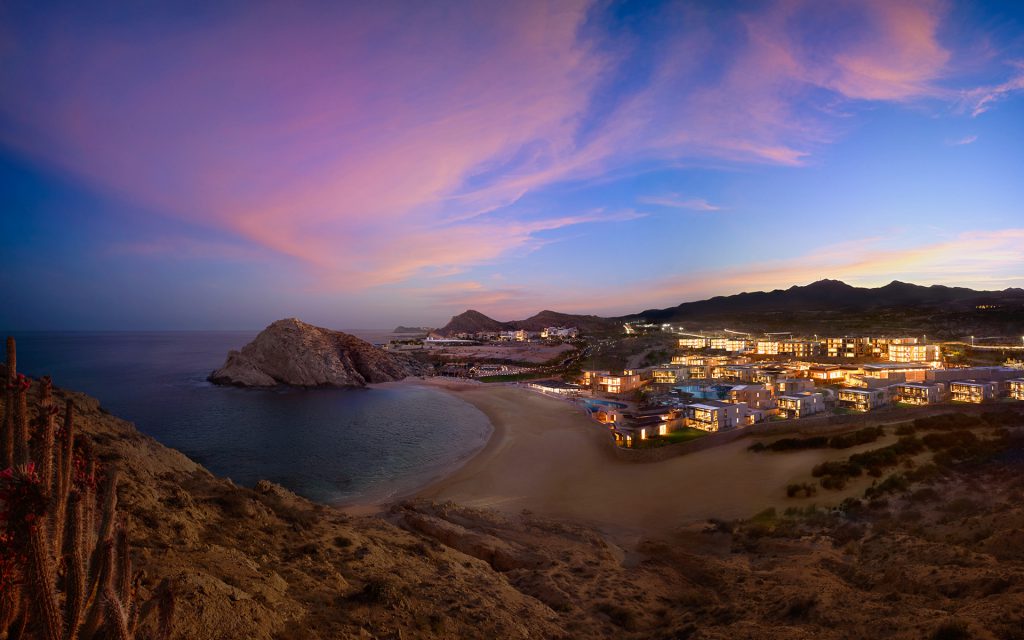 Montage, Los Cabos, Mexico
This hotel has an emphasis on Mexican contemporary and sophisticated architecture. The Montage matches a sheltered bungalow community. With a theme of water that echoes throughout the 122 rooms and 52 residences, and the design by Bernardi + Peschard, brings in influence from Mexican and pre-hispanic communites with tones of taupe, gold, and beige. 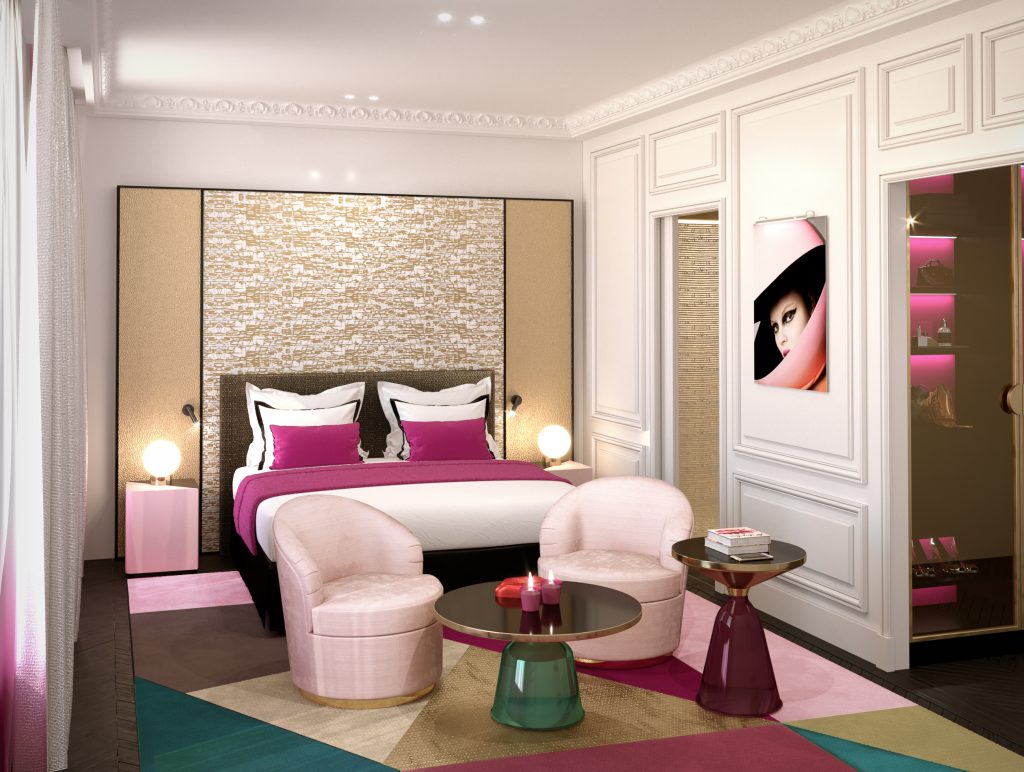 Fauchon, Paris
Richard Martinet designed this luxury hotel donned int macaroon type colors and has unique flooring, and French doors and decks, in collaboration with Atelier Paluel Marmont. Connoisseur bars that are customizable to your liking in each of their rooms, and guests can enjoy a restuarant with 150 seats that serve their siganture afternoon tea. 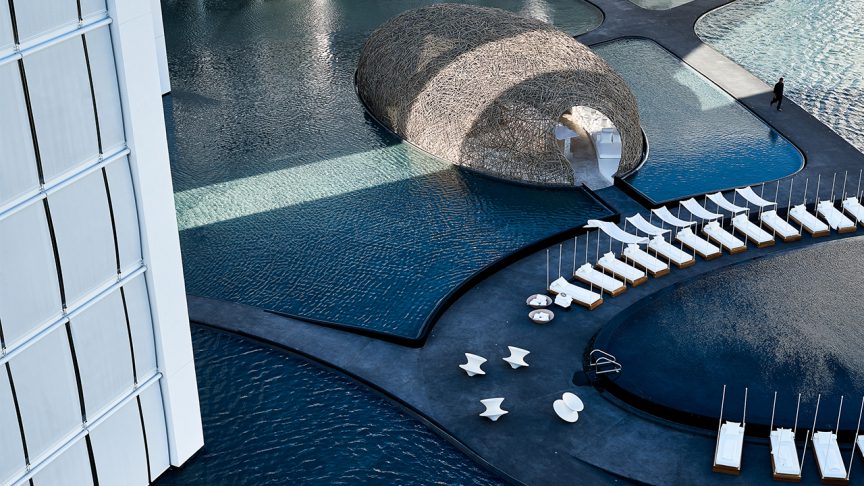 Viceroy, Los Cabos, Mexico
This beautiful luxury hotel, designed by Miguel Angel Aragones, and it represents a state of water. With a vibe-led resort that incorporated a theatre that screens films and a gym curated by Harley Pasternak, a Los Angeles based celebrity trainer. 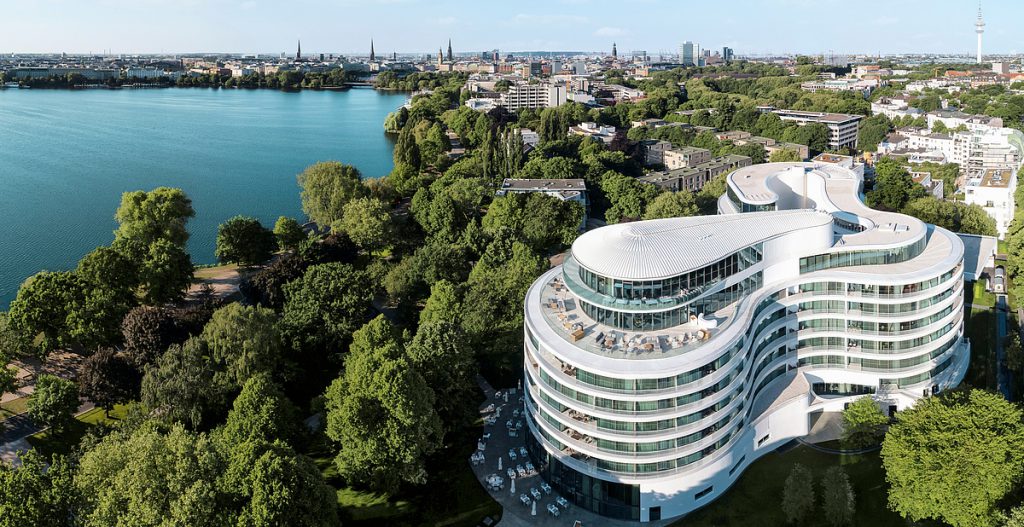 The Fontenay, Hamburg, Germany
With doors that opened in March, The Fontenay is poised to recieve guests this summer. With a take on modern classicism, the 130-room is the idea of architect Jam Stormer. The vision of this ‘hotel in the park’ is fluid-like form with porcelain facade boards. 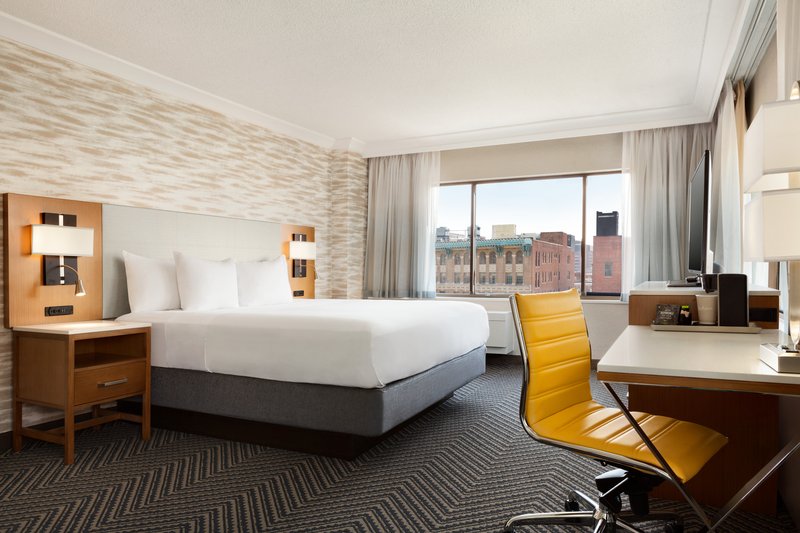 Hotel Revival, Baltimore
With an elegant history as the private palace of Mary Elizabeth Garret Hotel Revival is a new luxury hotel that once served as the city’s first municipal art museum. To make sure it maintained its historical factors, 30 artists’ work has gained a home in this 14-story hotel. With rooms designed by SLDesigned that highlights custom pads decorated with the Chesapeake Bay maps. 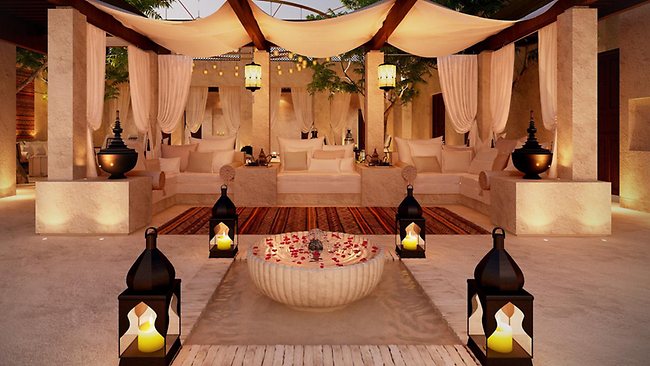 Al Bait, Sharjah, United Arab Emirates
Al Bait is established in a beautiful part of the country invested by seawater and forests, and is a combination of four heritage houses once held by local families. With rooms inspired by ancestral majlis, which is Arabic for ‘place of sitting’, filled with dallahs, which are coffee jugs, carpets, pillows, and lamps, it pays homage to the ancestory of Arabic traditions. Within steps of the luxurious hotels, Souq Al Arsah bazaar, the oldest hotel in the United Arab Emirates. 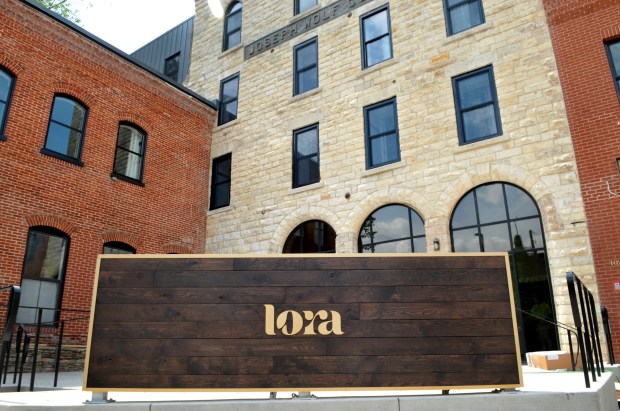 Lora, Stillwater, Minnesota
Right outside the Twin Cities on the river, this hotel, which opened in June, was once a factory that was built in 1886. The 40-room hotel maintains so much of the characteristics that the factory held. Designed by ESG Architecture & Design, with a feel of a brewery, including caverns, stone walls, and a carriageway changed into spacious, but livable places. 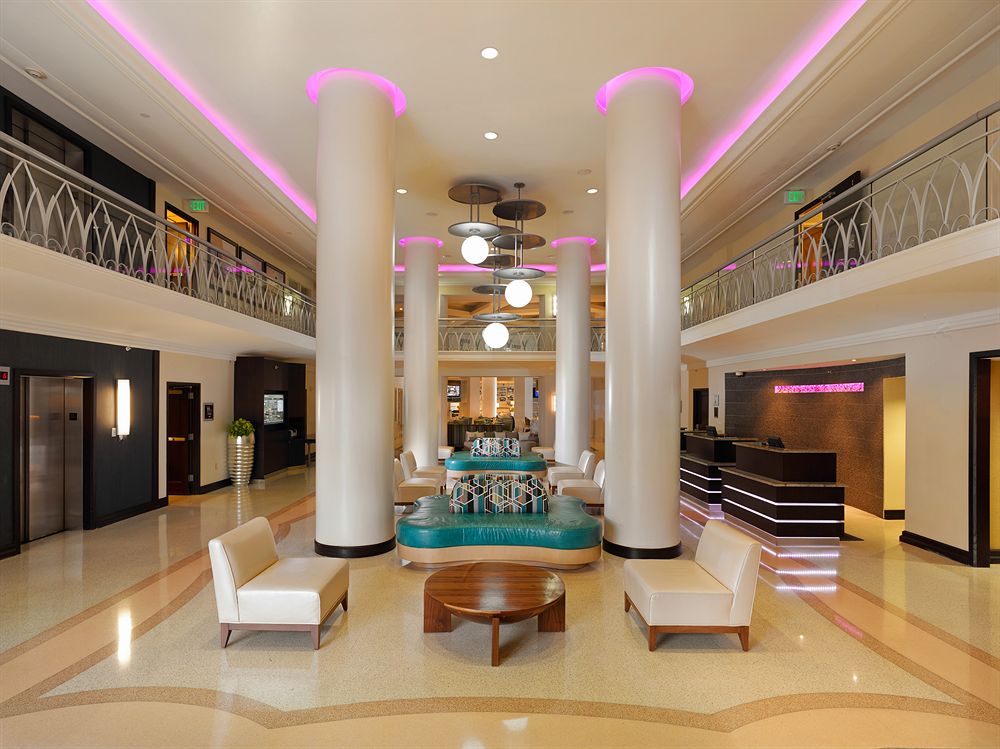 Cadillac Hotel, Miami
This luxury hotel is 70 years old and formerly created by Art Deco architect Roy France in 1940, opened its doors this summer. Bill Rooney did the contemporary design details. Even though the hotel will hold on to the strong elements of its original stylings, you can find the contemporary within the classic looks with crisp white stone on the floors and smoky blue accent pieces. 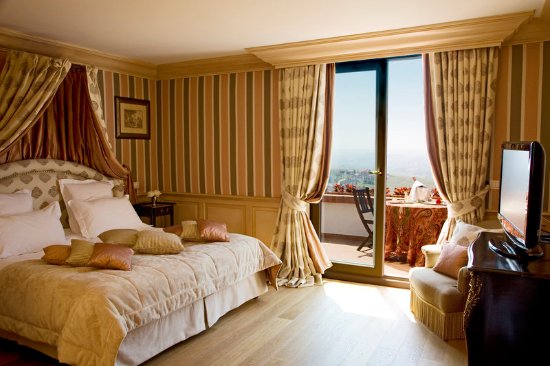 Royal Champagne Hotel & Spa, Champagne, France
The Relais & Chateaux propery is an original 19th-century post house. The interior is brought to life by Sybille de Margerie. The center of this luxury hotel in partnership with Biologique Recherche, is a wellness center that emphasizes a woodlined yoga studio and a hammam.