Adam Levine is one of this century’s leading musical frontman who continuously generates No. 1 hits. Described in 2012, by Voice Male, as a “…SoCal dude crossed with an over-the-top diva,” the Los Angeles-born musician started playing guitar at the age of ten. 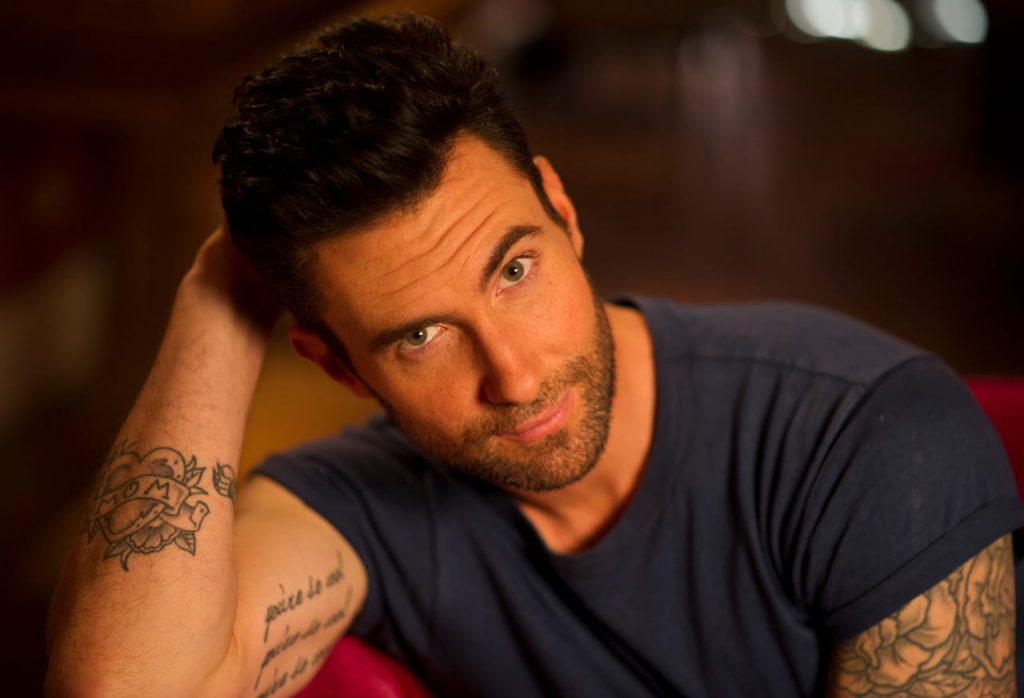 He formed his first band, Kara’s Flowers, at Brentwood High where he met the four original members. Their rise to fame began when Octone Records signed them. Octone Records insisted they change their name from Kara’s Flowers and hire a guitarist so that Levine could shine as frontman. James Valentine became the fifth member and the final ingredient necessary for the band’s future success. Maroon 5’s debut album reached No. 1 on Australian and UK Music charts. The single “This Love”, reached No. 5 in the U.S. and the legend began. 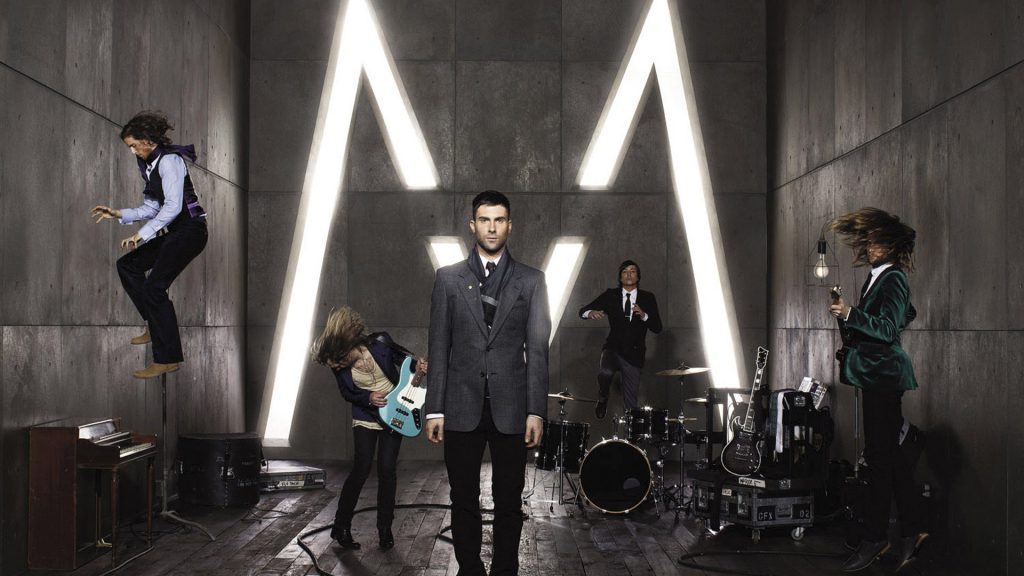 World tours followed and included Maroon 5 at Live 8, in Philadelphia in 2005 where Levine sang with Stevie Wonder, one of his musical heroes. With the addition of successful collaborations with professional songwriters and musicians, such as 50 Cent, Eminem, Big Boi and Kanye West, to mention a few, Maroon 5 and Adam Levine have risen to the level of superstardom. 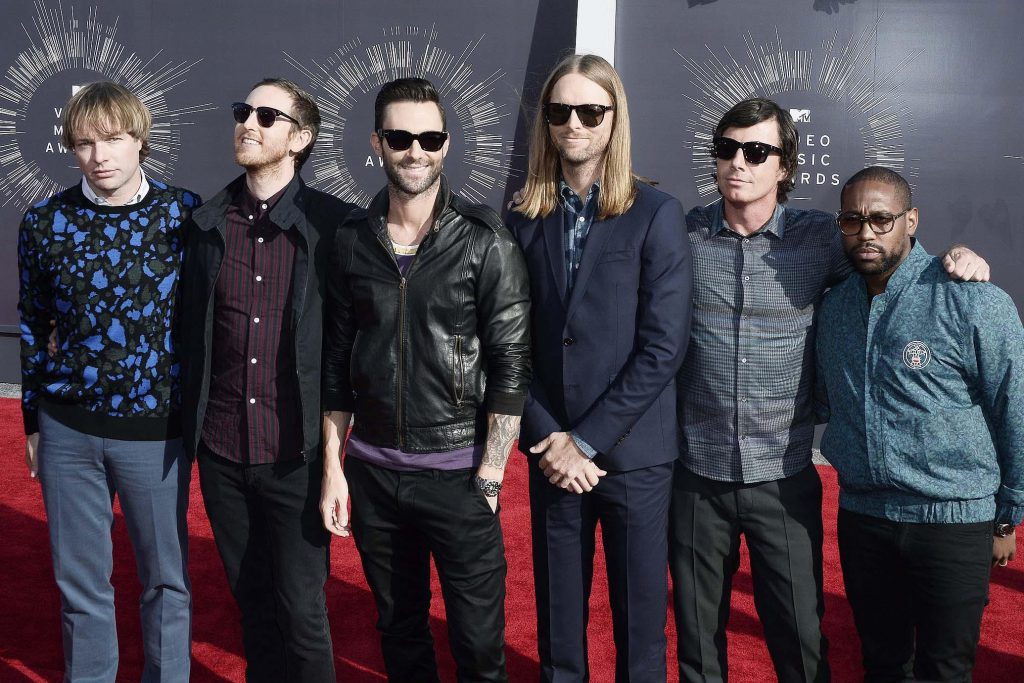 “Maroon 5 has managed to ebb and flow with the times … thanks in no small part to their frontman’s uncanny ability to be extremely entertaining.” – Paper 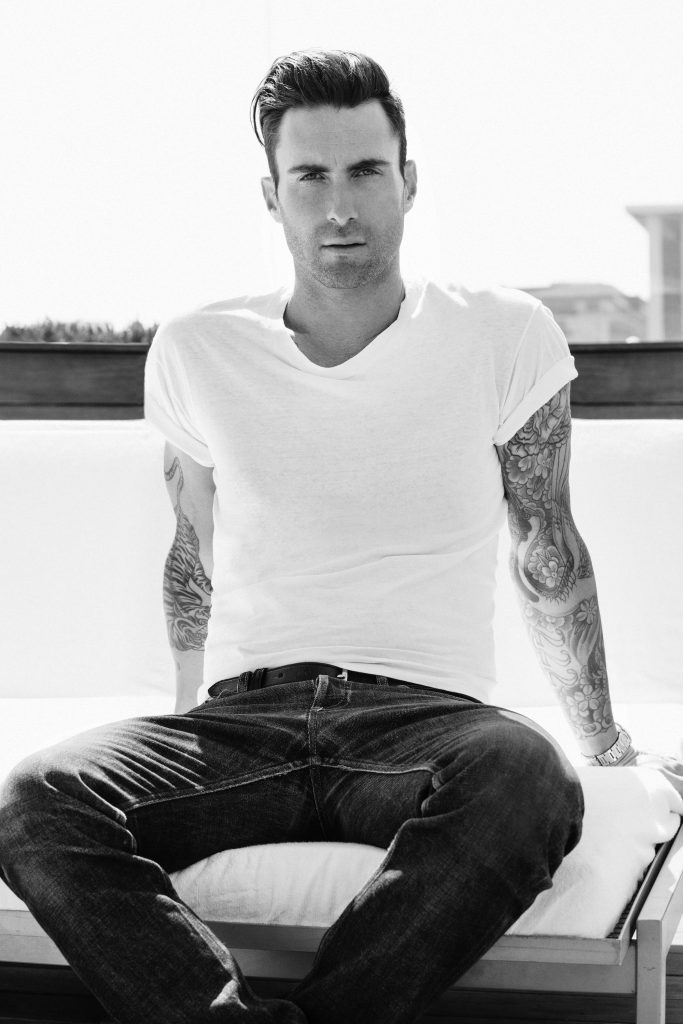 “My goal is to make songs that don’t sound dated ten years later. My main criteria for a song is, can I live with it forever? And if I can’t, I just don’t have the heart to do it. It’s that simple.” – Adam Levine

Levine is a whole-package entertainer rounding out his successful musical career when he took to the small screen as the beloved contestant, judge and coach on the TV reality talent competition, The Voice. Levine’s popular teams won the first, fifth and ninth seasons between 2011 and 2019. His retirement from the show was a surprise for some but Levine has since stated he felt it was time to move on and there are hints he will return at a later date. 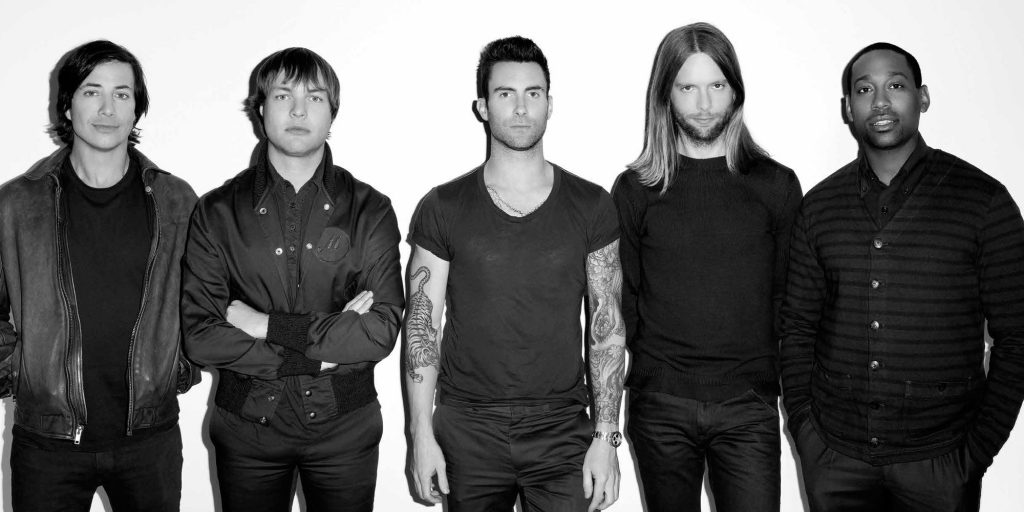 Meanwhile Levine, as executive producer with his company 222 Productions, has created Songland, which premiered recently. According to Jennifer Maas, of The Wrap, Songland “…came in with a 1.2 rating, making it the highest-rated alternative summer series debut since Steve Harvey’s Funderdom.” 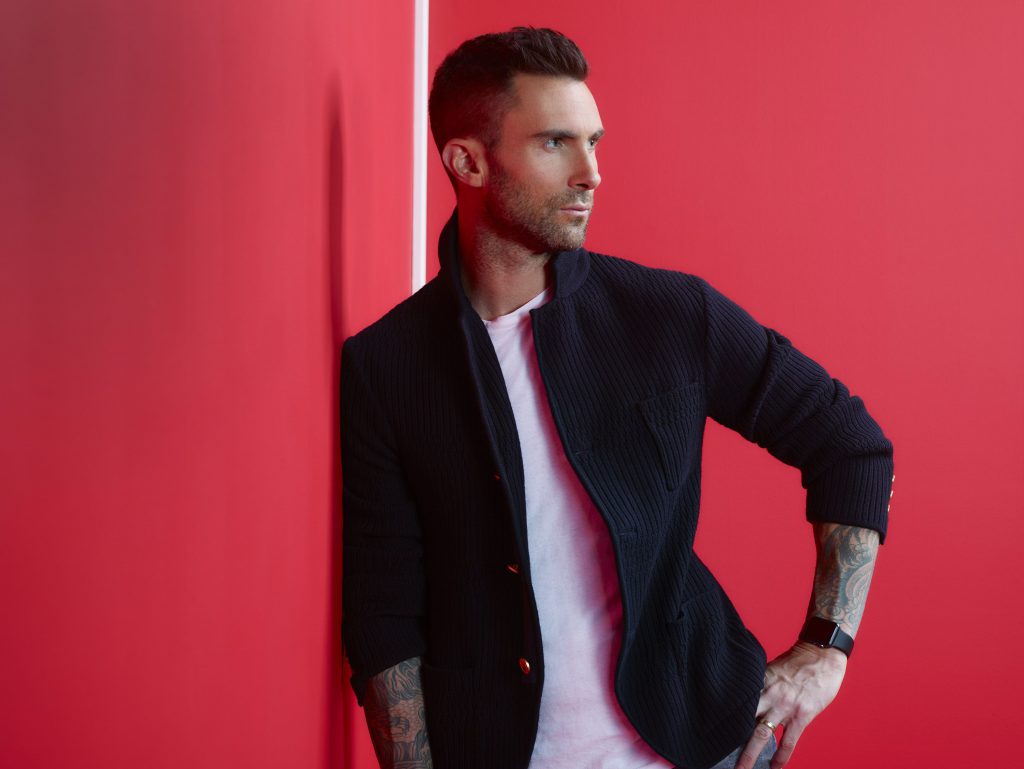 Levine’s entrepreneurial realm includes Kmart’s Adam Levine affordable, cool clothing brand, where “everyone should dress like a model,” and an eponymous perfume with scents for both for men and women. Levine is involved in a number of charities including, the Own It campaign which addresses ADHD, something with which Levine has personal experience, as well as many social and geopolitical charities including saving rhinos in Namibia, his wife’s homeland.

In 2014, Levine married supermodel Behati Prinsloo, in Los Cabos, Mexico, one of their go-to vacation spots. Some of the celebrities of the 200-plus guest list included good friends Jonah Hill, Jason Segel, Stevie Nicks, Erin Heatherton y Candice Swanepoel. The two celebrated their one-year anniversary in Los Cabos as well, where at a local establishment the romantic Levine spontaneously serenaded his wife with Marvin Gaye’s classic “Let’s Get it On.” 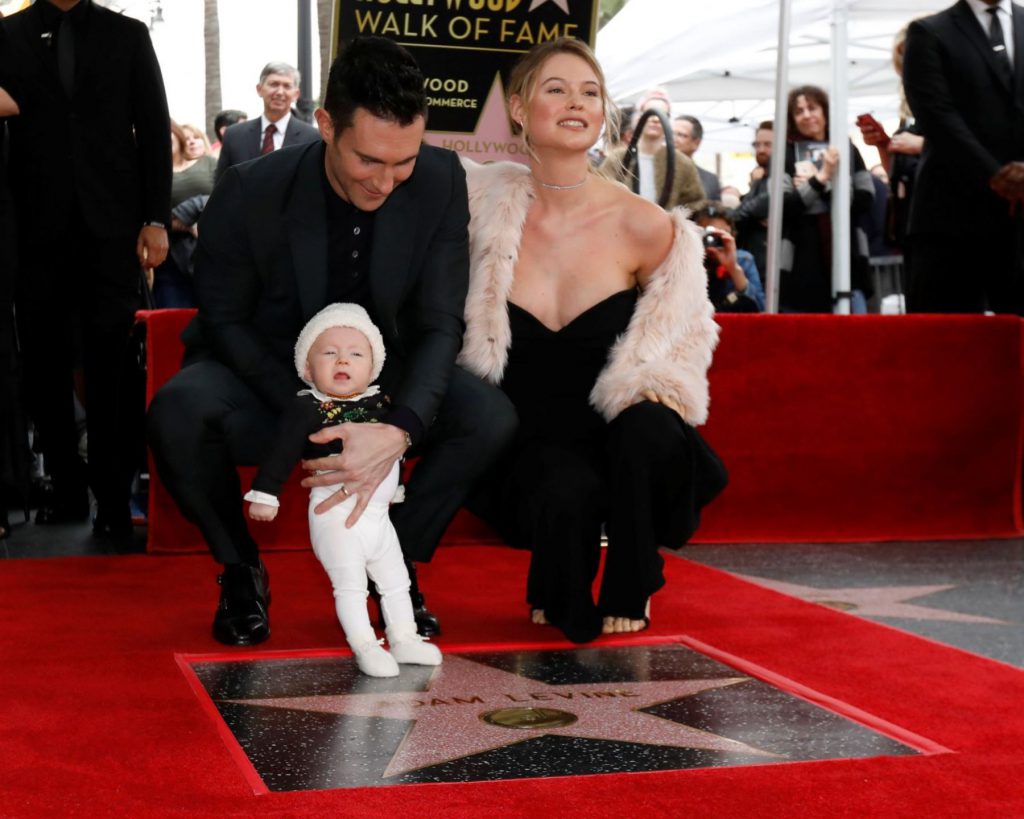 Incidentally, the couple, who enjoy buying and selling and profiting from real estate, also recently sold their estate in Beverly Hills to DeGeneres and her wife, actress Portia de Rossi, for $42.5 million. 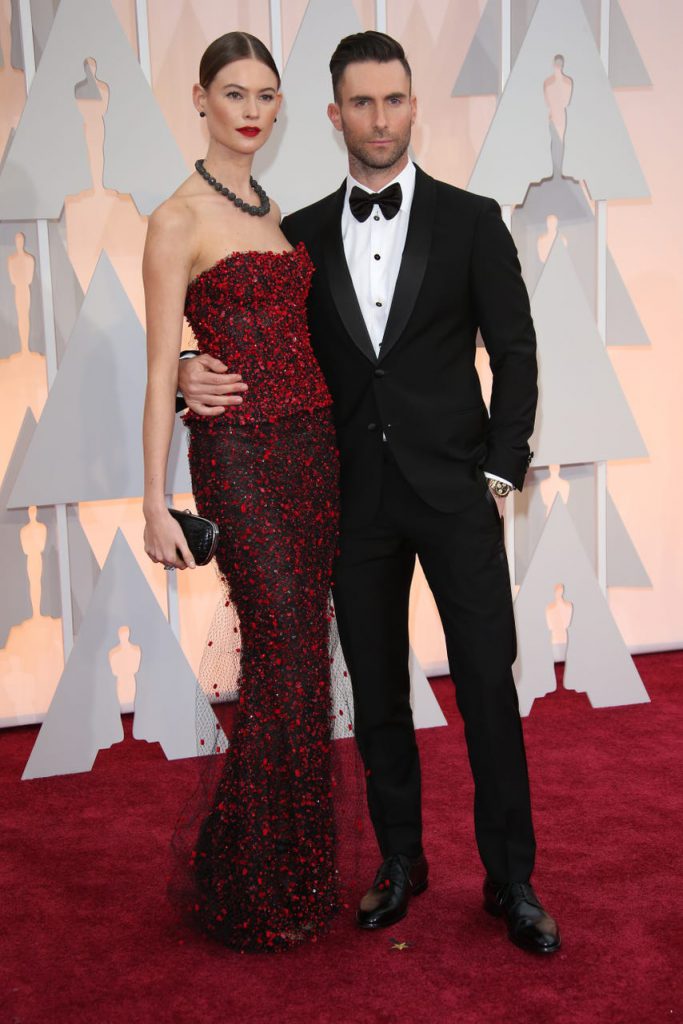 Maroon 5, has had some changes over the years, but the core remains the same, with frontman Adam Levine giving us authentic energy and pure musical performance, while showing adaptability and skill in songwriting collaborations with today’s top stars.

A practitioner of yoga, gentled by family life and long-term success, he is hitting his forties with sell-out shows and no signs of slowing down. Levine has never wavered from his own fluid musical path, a class act creating and performing songs that last forever.

“Nobody has it all, but for me to even come close is amazing.” – Adam Levine