BORN IN SPAIN IN 1975, ENRIQUE IGLESIAS IS THE SON OF POPULAR SPANISH SINGER JULIO IGLESIAS AND ISABEL PREYSLER, A WELL-KNOWN MADRID SOCIALITE.

IGLESIAS GREW UP LARGELY IN MIAMI AND BEGAN SINGING AS A TEENAGER. HE RELEASED HIS SELF-TITLED DEBUT ALBUM IN 1995 AND, LIKE HIS SUBSEQUENT STUDIO WORKS, PROVED TO BE AN ENORMOUS SUCCESS.

IGLESIAS HAD SOLD MORE THAN 60 MILLION RECORDS WORLDWIDE. HIS MOST SUCCESSFUL SONGS INCLUDE “BAILAMOS,” “RHYTHM DIVINE,” “BE WITH YOU,” “ESCAPE,” “MAYBE,” “DON’T TURN OFF THE LIGHTS” AND “HERO.”

When we asked Enrique if he had a magic room to write his songs he laughed. “Where did you hear that? I only wish I had a magic room but the fact is that any place can turn into a magic room provided you are comfortable and inspired. I usually find this place at home during the night. When inspiration strikes, I cannot stop writing until I almost finish the entire song. I lock myself in my small home studio and often spend the entire night writing.” All the songs Enrique has written have a special place in his heart and are reminders of particular landmarks in his life. Some of the songs contain messages that are easy for anyone to identify with; others only have special meaning for the artist himself.
He feels that both the Internet and social media make the relationship between an artist’s image and his talent more accessible for anyone while at the same time increasing competition and the level of talent needed to succeed in the music industry today.

Enrique thinks that image can become a determining factor in the success of an artist “But in the end, the song comes first and image is secondary.” It is interesting to him that the radio continues to be the most important means of promotion for music and yet in this medium an artist’s image is not visible.
Enrique goes on to say that he does not think that fame separates celebrities from the rest of the world.
He feels that in order to stay current, it is important for an artist to have his feet firmly planted on the ground and that human contact and direct interaction with people who are both his audience and his clients is vital. 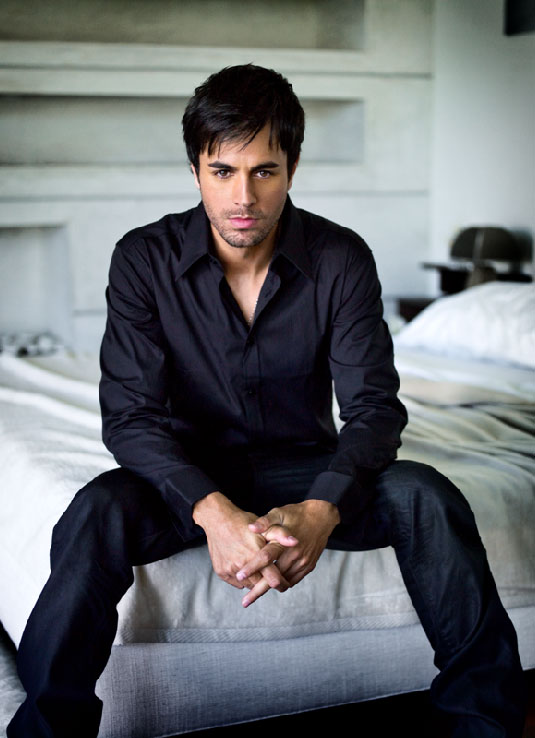 He believes that when performers lose touch they stop understanding their audience and risk eventually losing it,

“I AM FULLY AWARE OF HOW FORTUNATE I HAVE BEEN, ESPECIALLY DURING TIMES OF FINANCIAL CRISIS AND I THANK GOD FOR THAT. MY CLOSEST FRIENDS ARE SIMPLE PEOPLE, WHO I HAVE KNOWN ALL MY LIFE, SOME OF THESE FRIENDSHIPS DATE BACK TO MY SCHOOL DAYS. THEY ARE PEOPLE WHO LEAD SIMPLE DAILY LIVES, WHO HAVE CHILDREN AND FAMILIES OF THEIR OWN.”

Excited about the release of his new album, Enrique he thinks it will surprise his audience but hopes fans will find it different and innovative. He feels that in the music world performers need to adapt to new tendencies and cater to more sophisticated audiences who are looking for new rhythms, mixes and combinations. Getting involved with artists from other musical backgrounds helps Enrique experiment with elements that he may not dabble with on his own. These collaborations are very enriching although doing them does not guarantee success.

The singer does not find combining his personal and professional life complicated he met his girlfriend, Ana Kournikova, a Russian American retired tennis player, while working on the video for one of his biggest hits “Escape”. The couple hasn’t been apart since then Kournikova is fully aware of its complexity of the entertainment industry and accepts Enrique role in it perfectly.

After eighteen years in the music industry and ten world tours he admits to still getting nervous before each concert and has not been able to get rid of the “tickling’ in his stomach before a live performance. But he hopes to never stop feeling this way because he feels that the day the nervousness stops may be the day he would need to retire, as it would mean he has lost the desire to perform. However at this stage in his career, he feels he still has many projects left to do.

Performing live means that there is always an element of the unexpected but Enrique claims that he has never experienced anything disastrous. What happens must often is that Security is unable to control the public during large concerts so he’s literally had to run out stages. He remembers a funny incident during a concert in an Islamic country when he asked a girl to join him on stage, something the singer is known to do during shows, and he kissed her. After the concert the local authorities were waiting for him backstage to charge him with disturbing the peace so he had to make a quick exit in the opposite direction. Thanks to the efforts of his manager the incident came to pass but only after arduous negotiations with the local authorities.

When asked about the performers he admires, Enrique replied, “I have admiration for many, my list is endless. You can learn a lot from other performers methods and style. I have recorded several duets and they all turned out well. So far, I have recorded duets with Juan Luis Guerra, Pit Bull, Usher, Wisin and Yandel and I hope to record more in future”. 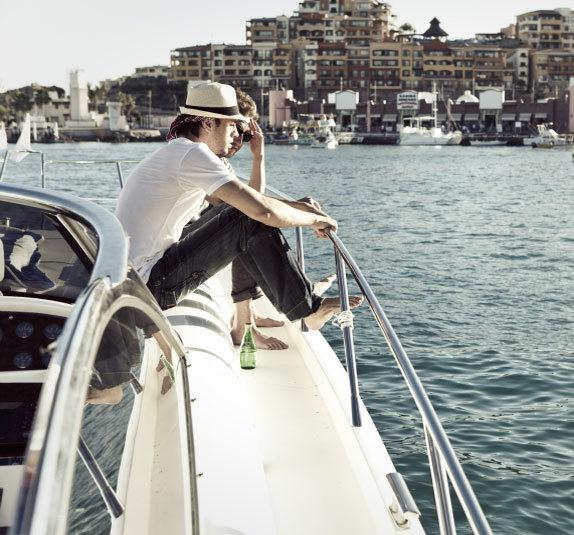 Enrique first came to Los Cabos in 2001 during a break from shooting the film “Once Upon a Time in México” in the town of San Miguel de Allende, instead of returning home to Miami he traveled to Southern Baja. And, the rest is history. He says, “I felt in love with the weather, the beaches, the surf, the combination of desert and ocean, the locals and the world-class resorts. The truth is that I spent four unforgettable days.”

As a result of that trip to Los Cabos the opportunity arose for Enrique to develop Alegranza, a 95-luxury condominium resort built in partnership with two close friends. The development features full-ownership luxury condominiums, enjoys world-class amenities, spectacular ocean views, and is located minutes away from the charming town of San José del Cabo.

Enrique was enthralled with the land where Alegranza now stands from the moment he saw it. Living in Miami where the land is flat, he felt that the elevated terrain featuring mountain and ocean views was the ideal location to build, “SAN JOSÉ DEL CABO IS A VERY SPECIAL PLACE. I REMEMBER FALLING IN LOVE WITH LAND THE FIRST TIME I WENT TO SEE THE PLACE WHERE ALEGRANZA NOW STANDS. I LOVED THE VIEWS AND FROM THAT MOMENT ON I WAS CONVINCED THAT THE DEVELOPMENT WOULD BE A SUCCESS. I LIVE IN MIAMI, WHERE THE LAND IS MOSTLY FLAT SO I GREATLY ENJOY A PLACE WITH OCEAN AND MOUNTAIN VIEWS. I AM THE SORT OF PERSON WHO LOOKS OUT THE WINDOW FIRST THING IN THE MORNING; ALEGRANZA’S VIEWS MAKE ME HAPPY. FOR ME, ALEGRANZA IS A DREAM COME TRUE.”

Enrique’s profession takes him many places and he has many favorite destinations but his penthouse at Alegranza holds a special place in the singer’s heart. He often travels to San José del Cabo with his girlfriend not only for its romantic atmosphere but to engage in the many sport activities Cabo offers, surfing, and golf being two of his favorites.
He firmly believes that performers should be aware of the reality that surrounds them and have a responsibility to help others in every possible way. He himself has given many benefit concerts to raise funds for various causes yet he finds that sadly these efforts are never enough.

Enrique ends this interview on a fun note. When asked if any of the questions asked surprised him he laughs and says that being asked if he has a ‘magic room’ to compose was amusing. It then becomes obvious that the singer enjoyed the interview 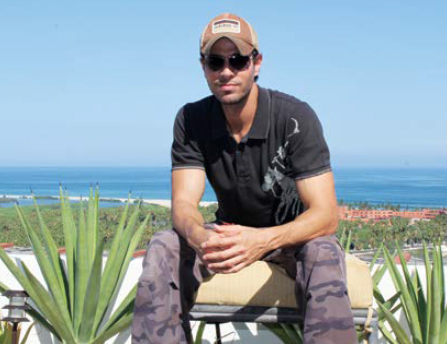