Shooting to prominence as the swooned over Dr. Doug Ross on the television series ER, his mixture of stunning good looks and on and off-screen charm secured George Clooney a place amongst the world’s sought after stars.

His stellar television success led to success in feature flicks such as Tarantino’s From Dusk Till Dawn, One Fine Day with Michelle Pfeiffer, The Peacemaker with Nicole Kidman and Joel Schumacher’s Batman & Robin; all of which rocketed him to superstar status and opened the door to highly acclaimed film roles. 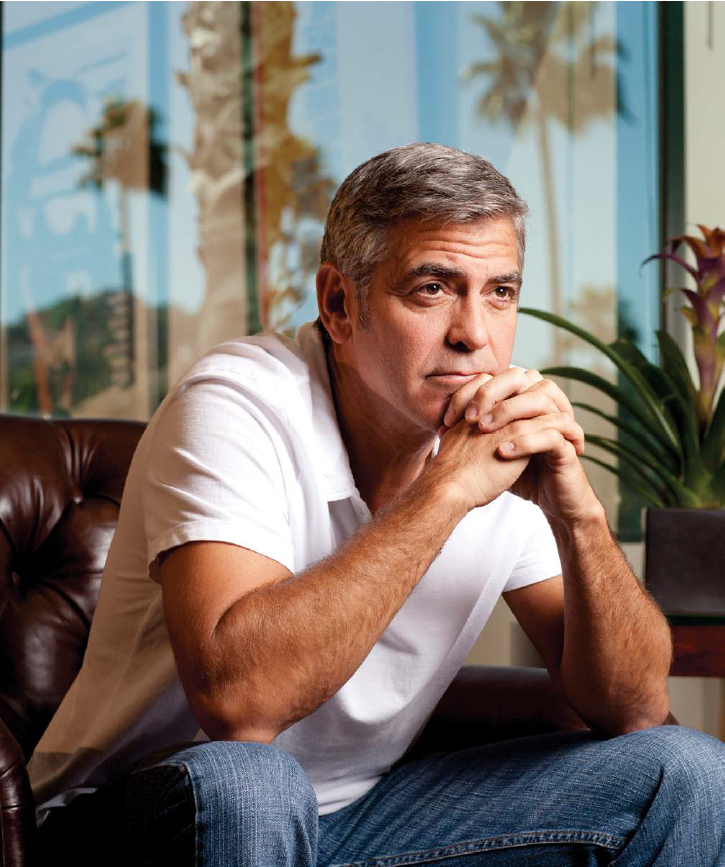 He has been nominated for numerous Oscars and Golden Globes and has received many accolades from the entertainment industry internationally. He received his first Golden Globe for Best Actor in O Brother, Where Art Thou? and his first Academy Award as Best Supporting Actor in Syriana. In the 2011 film The Descendants, he earned the Golden Globe for Best Actor. In 2012 he received his second Oscar as co-producer of the Best Picture of the Year, the Ben Affleck-directed Argo. Subsequently we admired him in the box office smash hit Gravity.

We raised a lot of money because everybody loves George. They like me, they love him. And rightfully so. Not only is he an unbelievable actor, but he is one of those rare individuals who is at ease with everybody. He seems to occupy a constant state of grace, and uses his extraordinary talents on behalf of something truly important.”

The latest Golden Globe awards honored Clooney with the prestigious Cecil B. DeMille lifetime achievement award. In May, Disney releases Tomorrowland, an allage adventure about saving the world in which Clooney stars. And February 5, 2016 is the release date for his most recent collaboration with the renowned Coen Brothers on the film Hail Caesar, a comedy about the personal lives of actors in the 1950’s. 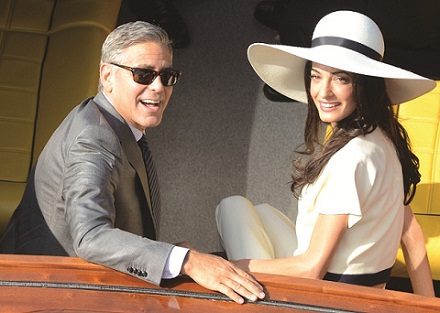 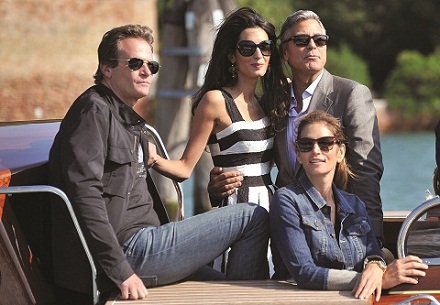 Clooney is an outspoken liberal who is a frequent target of right-wing politicos and personalities. Following the September 11 attacks in 2001, Clooney organized a fundraiser that featured dozens of Hollywood stars and raised more than $129 million US for the United Way. Since 2006, Clooney has increased his involvement in political and social causes. He supported Senator Barack Obama’s campaign in the 2008 presidential election and helped raise15 million US at the $40,000 per plate fundraising dinner for President Obama’s 2012 reelection campaign held at Clooney’s L.A. residence.

“He’s handsome, he’s charming, he’s charismatic, he’s smart, he’s kind, he’s funny and talented. He’s an activist and a philanthropist and he looks really good in a suit. I could keep going but his head would get too big.”