Paltrow appeared in her first film, Shout, with John Travolta. In 1995 Director David Fincher took a chance on Paltrow and cast her as Brad Pitt’s wife in the thriller Se7en, alongside the great Morgan Freeman. The film was an international success among critics and audiences alike.

Paltrow quickly solidified her growing film-acting reputation by starring as Jane Austen’s heroine in the 1996 adaptation of Emma. Paltrow’s a nity for British- speaking parts sealed the envelope of her success. She went on to win seven Oscars and three Golden Globes including Best Actress for the romantic comedy Shakespeare in Love in 1998.

Paltrow’s decision to work with director Jon Favreau in the original Iron Man was a wise move as the blockbuster was not only a box o ce hit but was also well received by critics. She received four award nominations for her role as Iron Man’s assistant. Her latest films include Contagion (2011), thanks for Sharing (2012), The Avengers (2012), Iron Man 3 (2013) and Mortdecai (2015).

Not content to sit around between busy sets, in 2008 Paltrow launched her now fashionable website goop. The name comes from her initials and is a family nickname according to Paltrow. An online newsletter, goop focuses on di erent actions: Make, Go, Get, Do, Be, and See. Explains Paltrow, “What we’ve realized is that people are looking for a place to go where there is trust and authenticity; a place to get the best possible information – whether that means a recipe or an organic lip balm.”The Oscar-winning actress and her staff enjoy testing seven-hundred-dollar military jackets, pumpkin seed milk recipes, exercise routines and other features in her ethereal headquarters located in a remodeled barn.The newsletter has nearly one million subscribers according to the company, and alexa.com estimated the goop website received more than 3.75 million page views per month.

Paltrow lives passionately and enjoys sharing her life discoveries with others. This was made clear when she teamed with fitness guru, Tracy Anderson and business partner Maria Baum to launch the take-out food service named 3 Green Hearts. Meals from 3 Green Hearts are locally sourced, gluten free and organic. 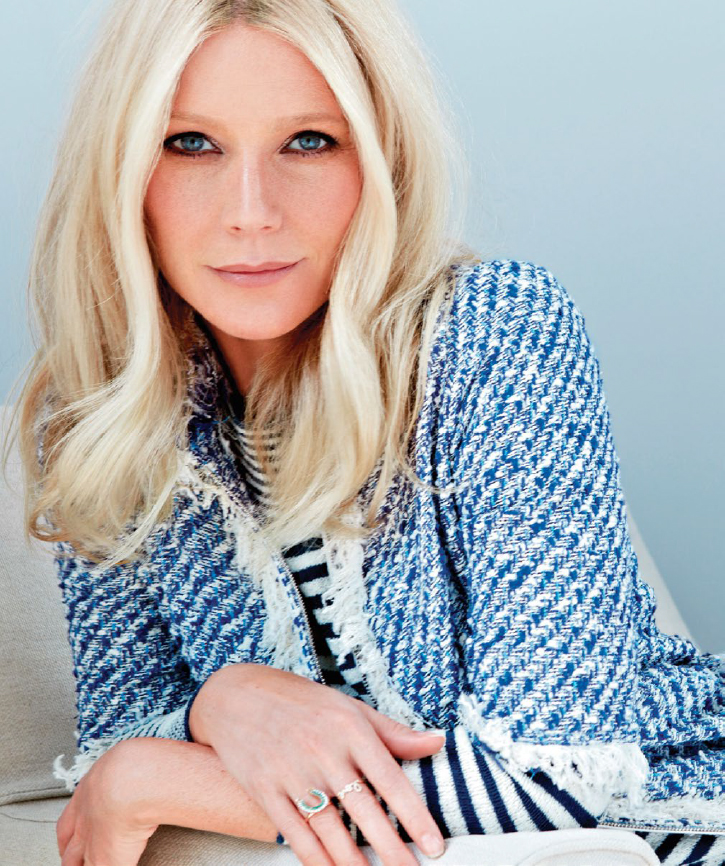 A healthy mind and body continue to be of utmost importance to Paltrow. She published It’s All Good, a cookbook lled with energy and diet-conscious recipes. Her follow-up cook-book is titled It’s All Easy: Healthy, Delicious Weeknight Meals in Under 30 Minutes and it promises exactly that—tasty meals that can be whipped up quickly. According to Amazon.com’s website, where the cookbook is available, “Gwyneth’s fans have been asking for a cookbook that will help them get healthy, yet wonderfully delicious meals on the table during hectic weeknights.” It includes recipes for enchiladas, chopped salad with grilled shrimp, and quick sesame noodles, along with 122 other healthy and quick-to-prepare choices. It’s All Easy hits bookshelves in 2016.

Paltrow and her team continue to motivate and mentor throughout the next phase of goop and goop-branded products, welcoming readers to share the healthy journey of this accomplished actress on the varied avenues of life on which she energetically embarks. 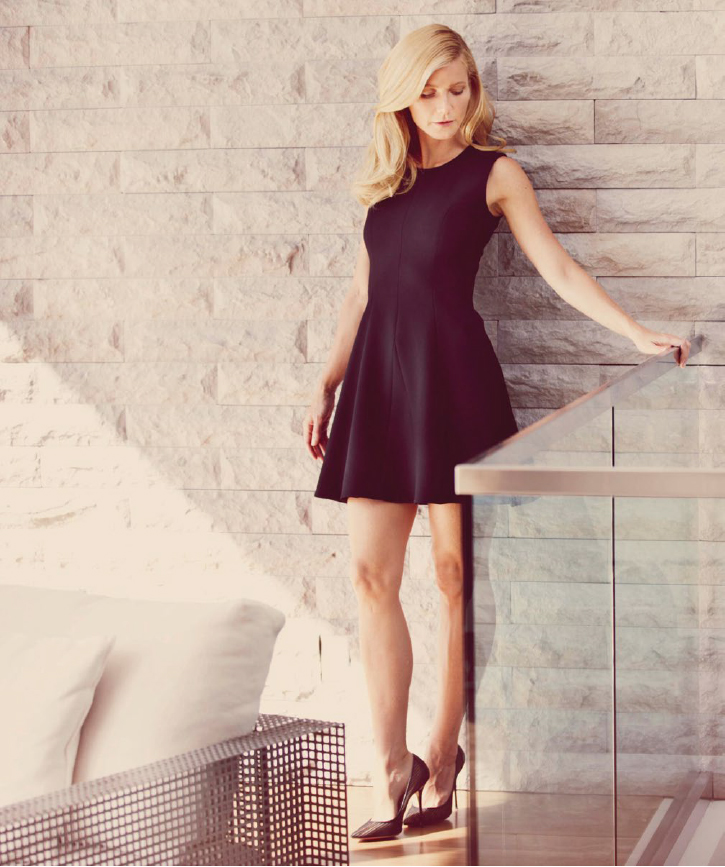 The two Californian companies are dedicated to sustainability. Paltrow, Juice Beauty’s Creative Director in Makeup, and Gersh, along with Karen Behnke, the founder of Juice Beauty, will lead their team of scientists in the development of a new collection of high performance makeup created with certi ed organic ingredients.

One of Paltrow’ other fun concepts is the goop pop-up shop, known as Goop Mrkt. Paltrow opened one in New York City just in time for 2015’s December holiday shopping. She also introduced her Wonder Woman Valentino collection conceived with Valentino designers Maria Grazia Chiuri and Pierpaolo Piccioli for ‘Valentino x goop’. Goop Mrkt features clothing, household items, and makeup and they have ‘popped up’ in Dallas, Chicago and Los Angeles.

In perpetual motion, Gersh, goop and Paltrow are also entering the publishing business. Announced in late 2015, they are launching a publishing enterprise called Goop Press. It will start off by publishing four books a year. One book will be produced by Paltrow and staff at goop. The other three other books will be written by creators and experts who have been featured on goop’s website and in its newsletters over the years.

Paltrow’s world – a blend of Hollywood glamour and healthy living combined with the public’s desire to share this world – is the motivation of this actress-turned-lifestyle guru. Featured on the covers of prestigious magazines everywhere, with glamorous authority Paltrow acts, o ers advice and sets trends, all the while “investing in what is real.”

“My life is good because I am not passive about it. I invest in what is real. Like real people, to do real things, for the real me.”
– Gwyneth Paltrow