With more film credits to her name than years alive, one of the world’s most successful actresses, Charlize Theron, enlivens the big screen with her larger-than-life character portrayals. Truly a box office magnet, her statuesque physique and professional onscreen transformations extend to all walks of life. Her first big screen success was Devil’s Advocate, starring Keanu Reeves and Al Pacino in the challenging role as Reeves’ wife where the depths of her acting skills are extensively exhibited. Consistently working in films such as Celebrity, Mighty Joe Young, the Oscar-winning The Cider House Rules and The Italian Job, she quickly became an intensely coveted big screen asset. 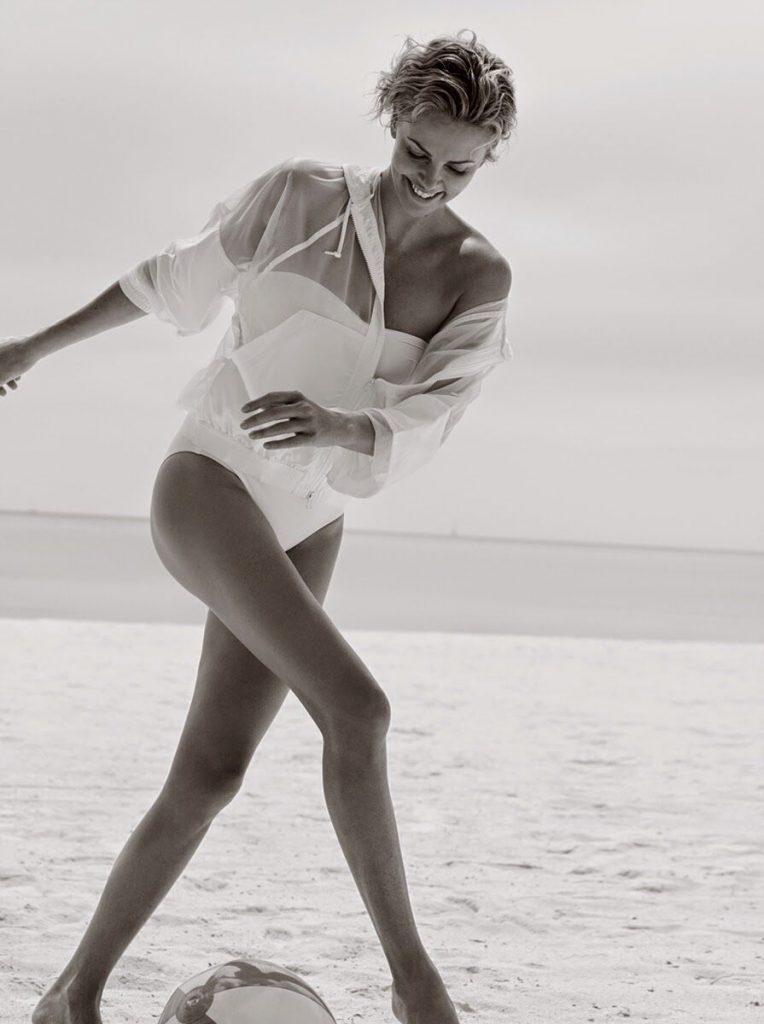 In 2003 the world stopped and took notice of her stunning performance in the real crime drama thriller Monster. Theron plays the serial killer Aileen Wuornos, a former prostitute who was executed in Florida in 2002 for killing six men in the late 1980s and early 1990s. The film earned seventeen awards including an Oscar for Theron.

All of Theron’s roles include an innate sense of self, a combination of challenge, poise and an inner strength that make every character real to the viewer. Her prodigious talent and yearning to perform came naturally. She started off modelling throughout Europe and then moved to the U.S. for more opportunities. 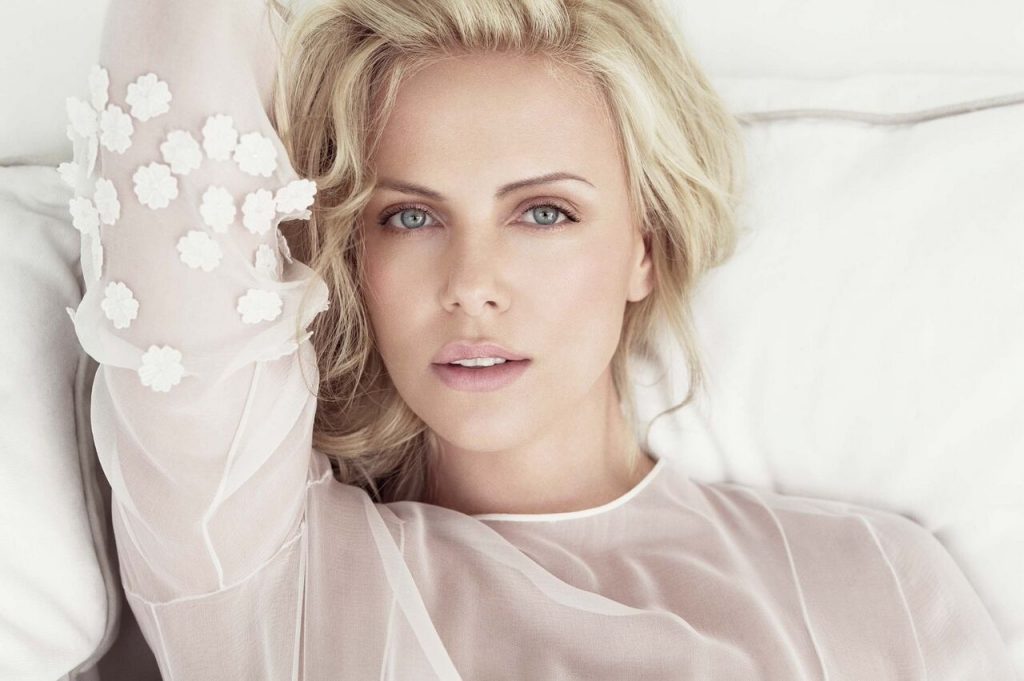 “My mom has made it possible for me to be who I am. Our family is everything. Her greatest skill was encouraging me to find my own person and own independence.” – Charlize Theron

Theron studied at the Joffrey Ballet School in New York where misfortune in the shape of a knee injury changed the path of her destiny. She credits her mother for helping her to accept this new life course. Her mother bought her a one-way ticket to Los Angeles advising Theron to take her chances on the big screen – a move movie viewers all over the world are grateful for.

Theron has appeared or provided voice in at least one film or television series almost every year throughout her prolific career to date. Her wide range of characters has created an immense and diverse fan base from science fiction and fantasy to feminist to mainstream in films such as Hancock, North Country, Aeon Flux, Young Adult, and Prometheus.

In the late 2000s she moved into production with her company Denver and Delilah in both television and film. In 2006 she produced the documentary East of Havana and has producing credits on the films The Burning Plain and Dark Places both of which she starred in as well. 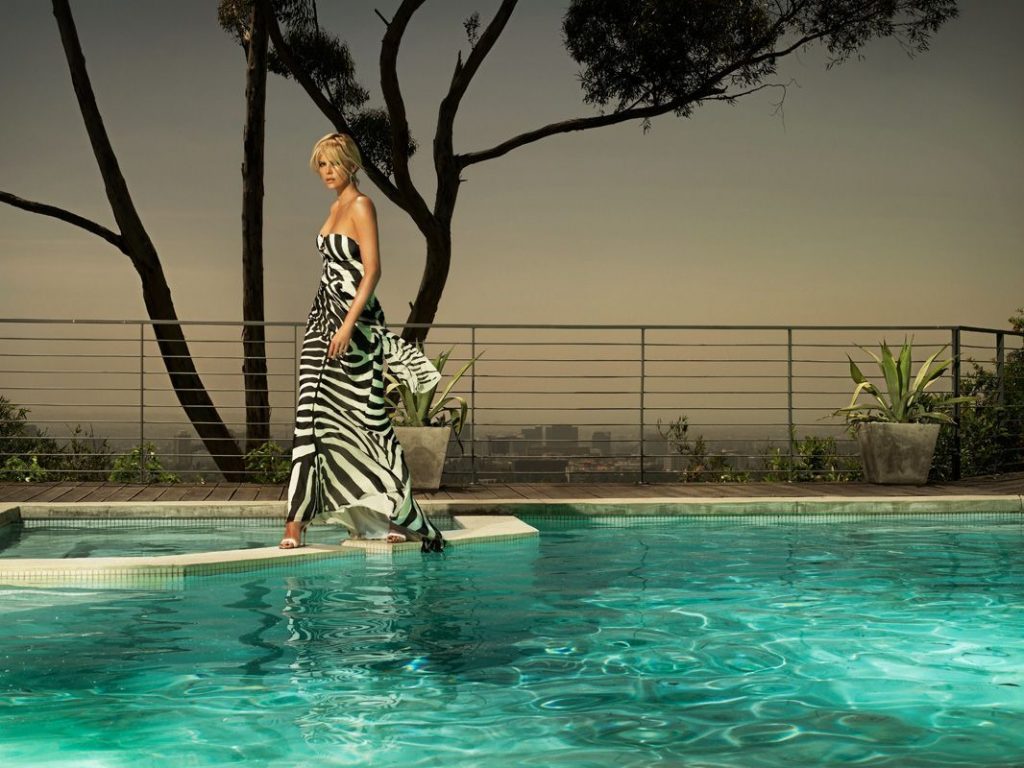 Charlize Theron was born in South Africa and became an American citizen in 2007. The depth of her acting range may be rooted in her early life experiences which were far from idyllic including bearing witness to full-fledged national apartheid aggression, the rampant spread of AIDS and personal family violence. 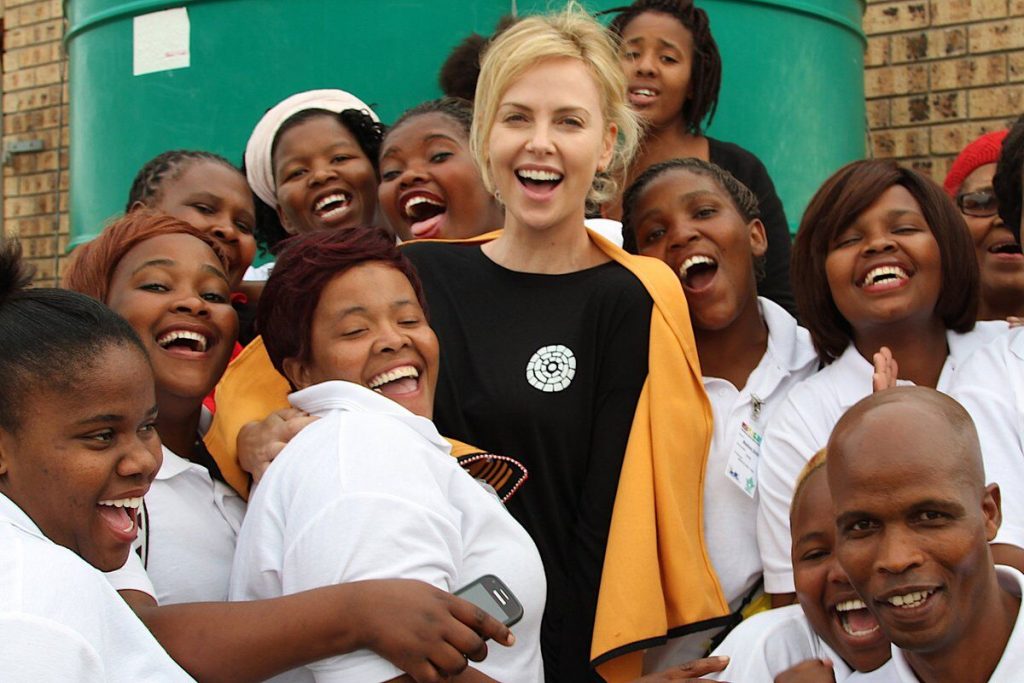 “We can only be free when we are at peace with ourselves.” – Charlize Theron

She has not forgotten her roots and has created The Charlize Theron Africa Outreach Project (CTAOP) to help. The CTAOP invests in African youth in Sub-Saharan Africa to keep them safe from HIV/AIDS. She was named the United Nations Messenger of Peace for the work she does in stopping violence against women. In 2016 Theron was included in Time’s 100 Most Influential People List.

She is at the top of her game continuing to act and produce box office winners including Snow White and the Huntsman and its sequel, The Huntsman: Winter’s War, the narrator’s voice in Angels in Exile, A Million Ways to Die in the West, Mad Max: Fury Road, The Fate of the Furious, the voice of Monkey in Kubo and the Two Strings and Brain on Fire. 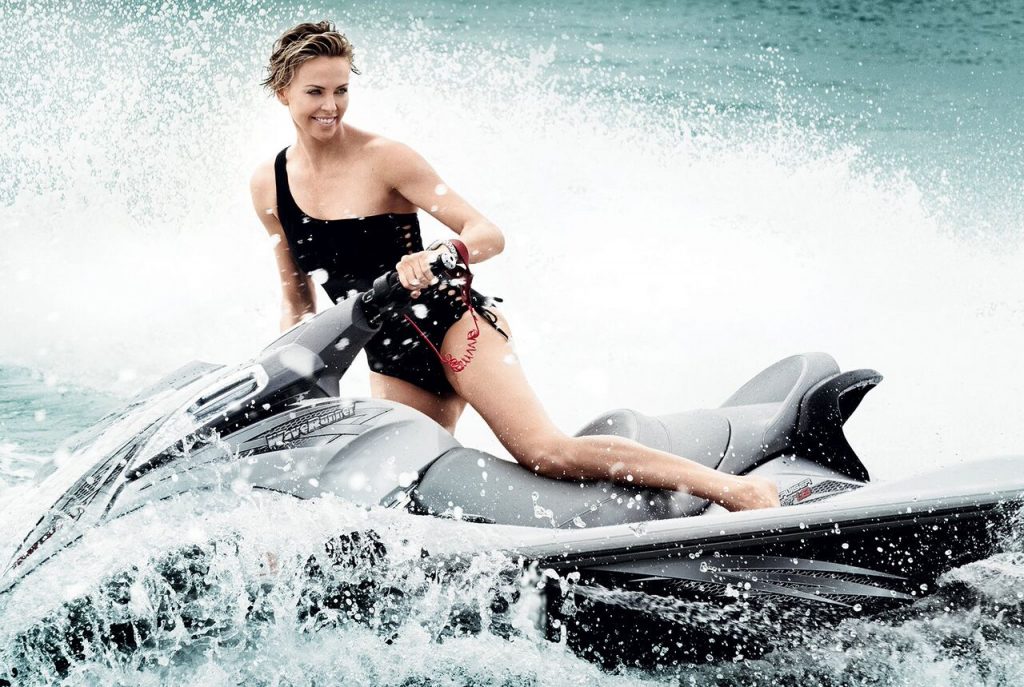 “When I’m figuring out a character, for me it’s easy, since once I say yes to something, I become super-obsessed about it – and I have an obsessive nature in general. How I want to play it starts at that moment. It’s a very lonely, internal experience.” – Charlize Theron

As if Theron was not busy enough she has added another intense role to her repertoire – that of mother. Single, with an estimated worth of over one hundred million dollars, she had always wanted a family and decided to start one. She adopted her son Jackson in 2012. She is a dedicated mother who devotes a great deal of her time to motherhood. She expanded her family with the adoption of daughter August in 2015.

This does not mean that audiences will be disappointed. The vivacious and unstoppable Theron continues to act as well as produce, such as in the role of Lorraine Broughton in Atomic Blonde, which has the movie world a-twitter in anticipation. Indeed audiences can get ready for a plethora of new productions from Theron. The Dior Ambassador is executive producer of an upcoming television series Girlboss and four episodes of Mindhunter as well as producing and starring in Tully, Flarsky and Two Eyes Staring, to mention just a few of the works the savvy seductress has in store for Theron aficionados the world over.