He can dance, he can act, and is an accomplished jazz musician.

Ryan Gosling was born in London, Ontario, in 1980. He began performing as a singer in front of live audiences accompanied by family members. He can dance, he can act and is an accomplished jazz musician. His all-round talents and boyish charm have taken him far.

In 1993 Gosling was chosen out of 17,000 applicants to be a Mousketeer on the New Mickey Mouse Club television series. His singing voice and suave looks, alongside other future celebrities from the series including Justin Timberlake, Britney Spears and Christina Aguilera, left a lasting impression. 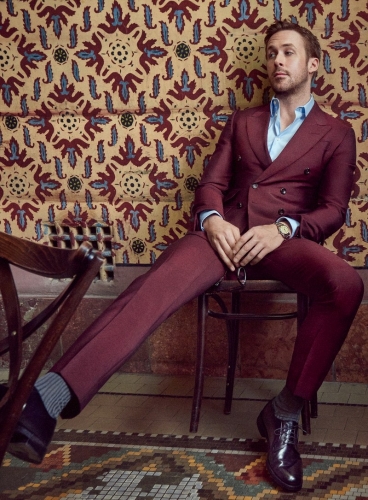 Following his Mousketeer years, Gosling appeared in Are You Afraid of the Dark? and the very popular Goosebumps. He then went on to star in the teeny bop series Breaker High. By the age of 18, he was picked up by Fox Kids to star in Young Hercules and continued as the adolescent Roman hero for two years. Following this he decided to concentrate on the big screen.

In 2001 Gosling landed his breakout role in The Believer. The provocative film won many awards, including the Grand Jury prize at the Sundance Film Festival. His heartthrob reputation was furthered among the adolescent crowd when he shared MTV’s Best Kiss award with his leading lady Rachel McAdams for their notable kiss in The Notebook. 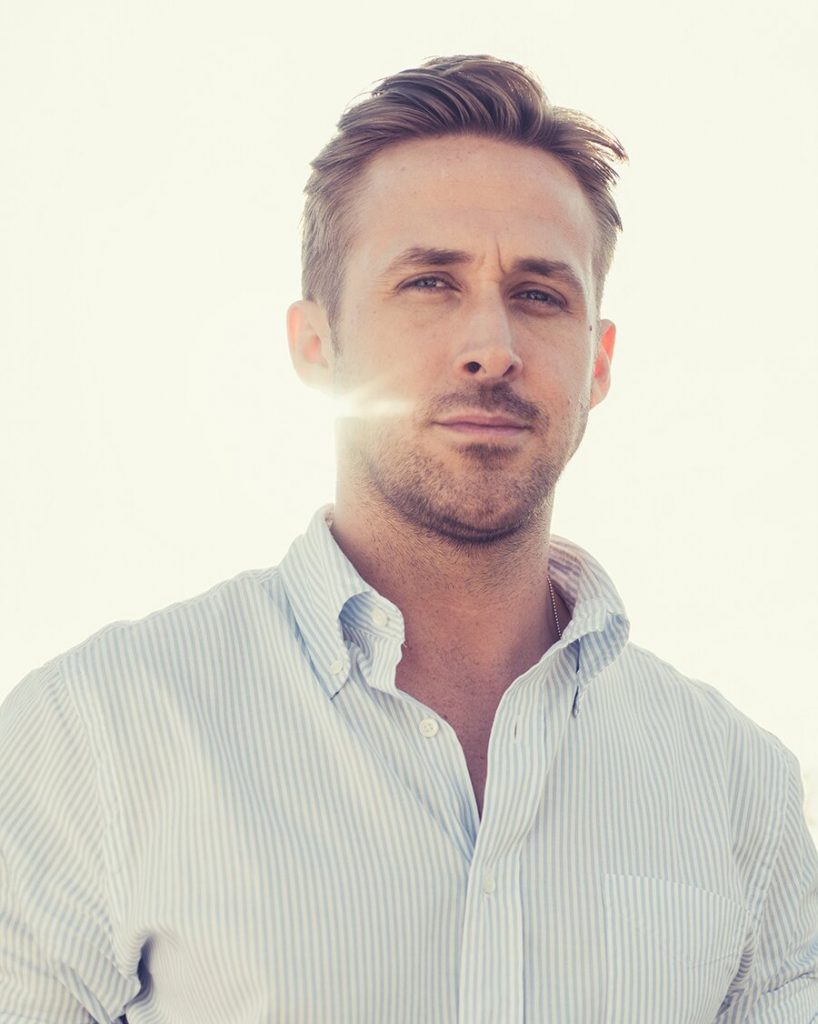 In Half Nelson Gosling plays a drug-addicted high school teacher and earned his first Oscar nomination for this role. He then branched out to the zany character of an overweight man in love with his mail-order sex doll in Lars and the Real Girl in 2007.

Gosling took time off acting but not performing from 2008 through 2010. Instead he devoted his time to his band, Dead Man’s Bones. He came back to the big screen with a bang and was nominated for a Golden Globe for Best Actor, among other nominations, for his role in Blue Valentine where his musical talent is incorporated into the movie when, in a “goofy” Elvis-like version, playing the ukulele, he sings the Mills Brothers’ song “You Only Hurt the Ones You Love”. 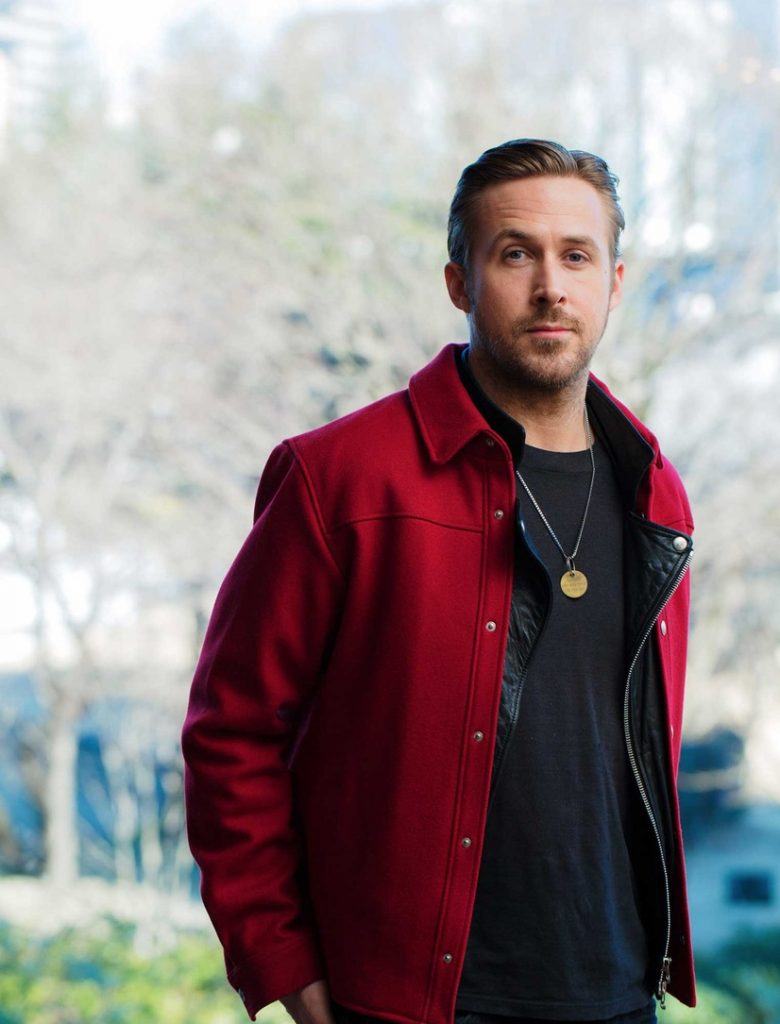 Continuing to act prolifically he convincingly led the audience through the true story of All Good Things, created tension in the political drama The Ides of March alongside George Clooney, had his first costar role with Emma Stone in Crazy, Stupid, Love and gave a sizzling performance in Drive.

A sense of humor, bashful charm, an experienced actor, musician and a dancer – it’s no wonder he was cast for the modern day musical La La Land. After three months of solid dance and piano practice, the resulting film won respect for achieving its goal of creating an authentic big screen musical. Gosling received a Golden Globe and a BAFTA, among many other accolades, for this performance.

“I’ve learned it’s important not to limit yourself.
You can do whatever you really love to do, no matter what it is.” – Ryan Gosling 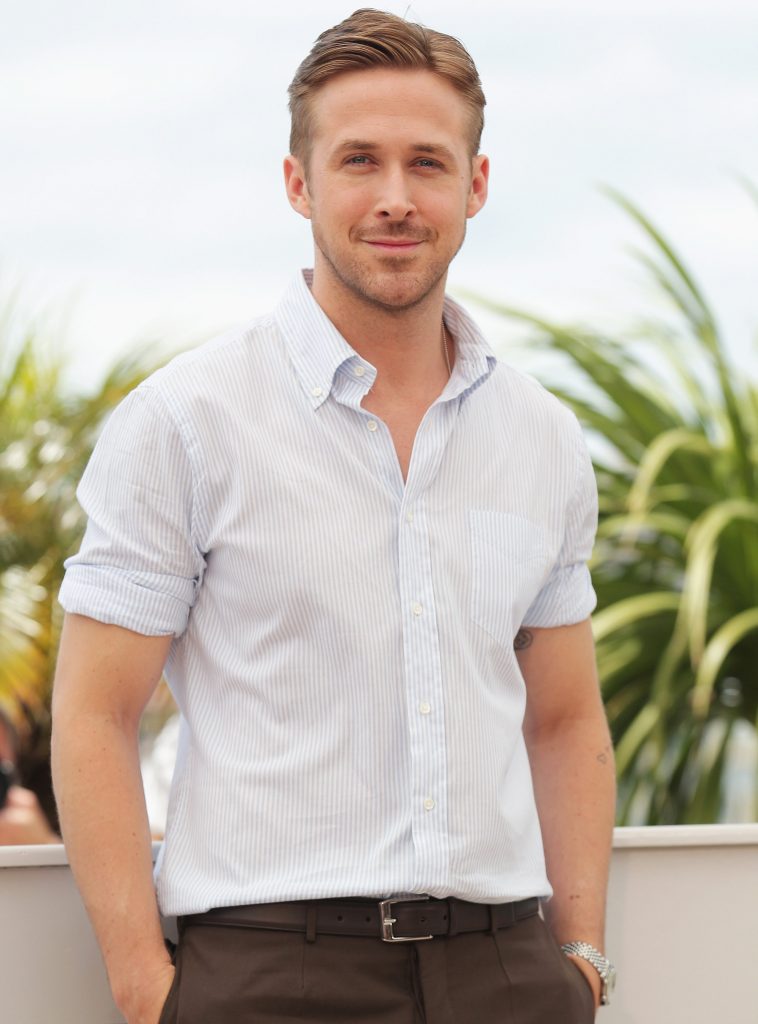 Often described as humble, he certainly is when it comes to his relationship. Paparazzi-shy, he keeps his private life private. He and his wife, actress Eva Mendes, with whom he co-starred in The Place Beyond the Pines, choose to rarely be seen in public. They have two children: Esmeralda Amada Gosling and Amada Lee Gosling.

While working on Song to Song Ryan Gosling participated in a local charity run at Austin’s Texas School for the Deaf because they happened to be in the neighborhood. He and his co-stars helped raise $20,000 U.S. and cheerfully posed for photos with the students. Gosling has supported a number of social causes during his career, including PETA, cleanup for Hurricane Katrina, and Invisible Children. He has traveled to Chad to visit Darfur refugees, as well as Uganda and the eastern Congo for work with the Enough Project.

This year’s Blade Runner 2049, directed by Canadian Denis Villeneuve inspired Gosling from a personal historical perspective. Gosling plays opposite the incredible Harrison Ford, and was a fan of the original, now classic movie Blade Runner, which he first saw when he was a teenager, a decade after its release. He said he found the acting experience a little surreal, wanting to stay true to a character that he felt had influenced his life. Also in the works, Gosling will play the astronaut Neil Armstrong in First Man directed by La La Land’s director Damien Chazelle.

The multifaceted entertainer Ryan Gosling, first teen-age and now adult heartthrob, has matured in front of our eyes onscreen. His innocence, charm, and believable, sexy performances are the stuff that blue-eyed legends are made of – a modern day movie musical icon in the making.

“In what other job is it a part of your job to just sit behind a
piano for three months and play?” – Ryan Gosling