A Fairy Tale in the Making

It is said that Meghan Markle will be the world’s coolest princess. Markle is the 36-year-old California-born actress, and until recently, lifestyle blogger, best known for her role in the television show, Suits. She is engaged to marry the no-longer-eligible bachelor, His Royal Highness, Prince Henry of Wales, universally known as Prince Harry. 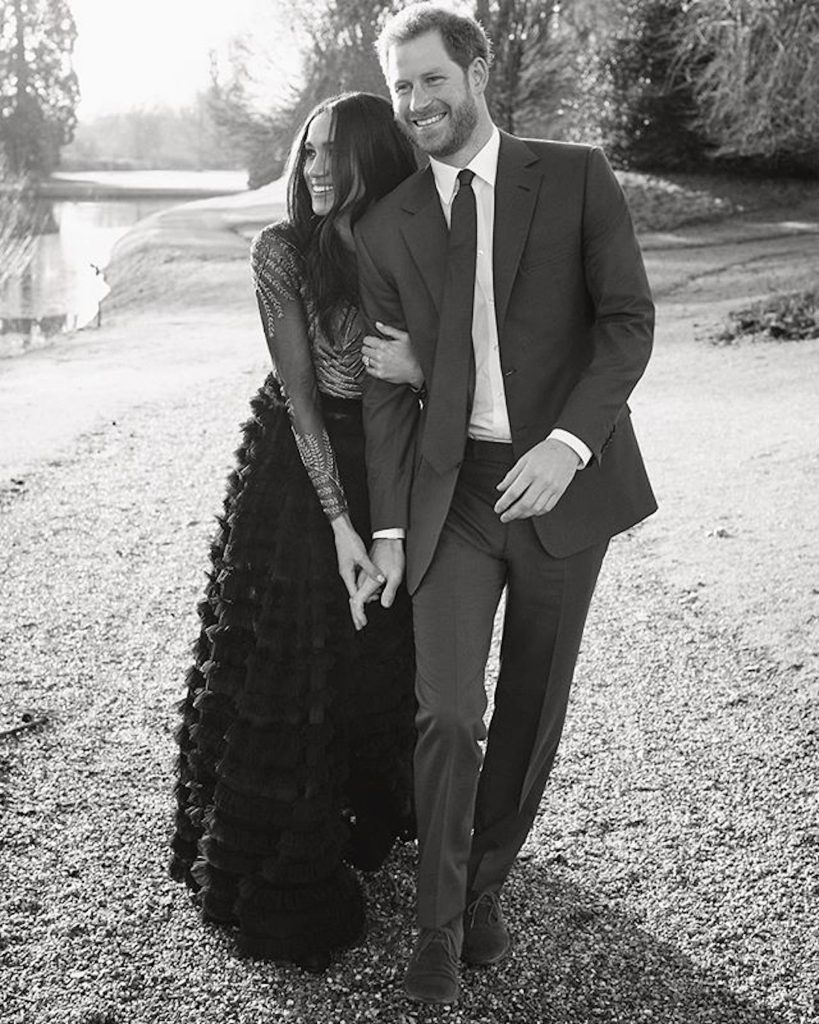 Beautiful, intelligent, and politically-conscious, Markle has captured the imaginations of many aspiring princesses. There are a number of factors related to Markle’s background that make this Royal engagement refreshingly different. Her ethnicity, upbringing, nationality and marital status – all defy British Royal tradition. 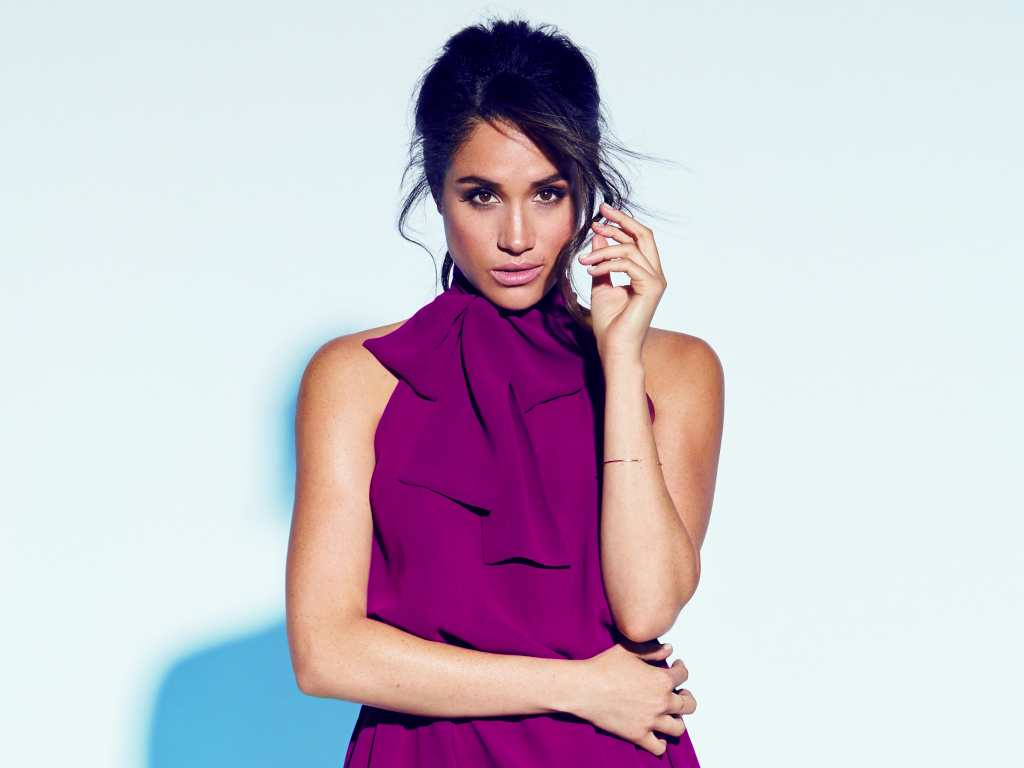 “I knew I wanted to do acting, but I hated the idea of being this cliché – a girl from L.A. who decides to be an actress. I wanted more than that, and I had always loved politics.”

She had a taste of diplomatic work in Argentina, where she had an internship at the US Embassy, but then found she was able to support herself, sometimes minimally, between calligraphy, modeling and guest appearances on television shows, so she focused on acting. 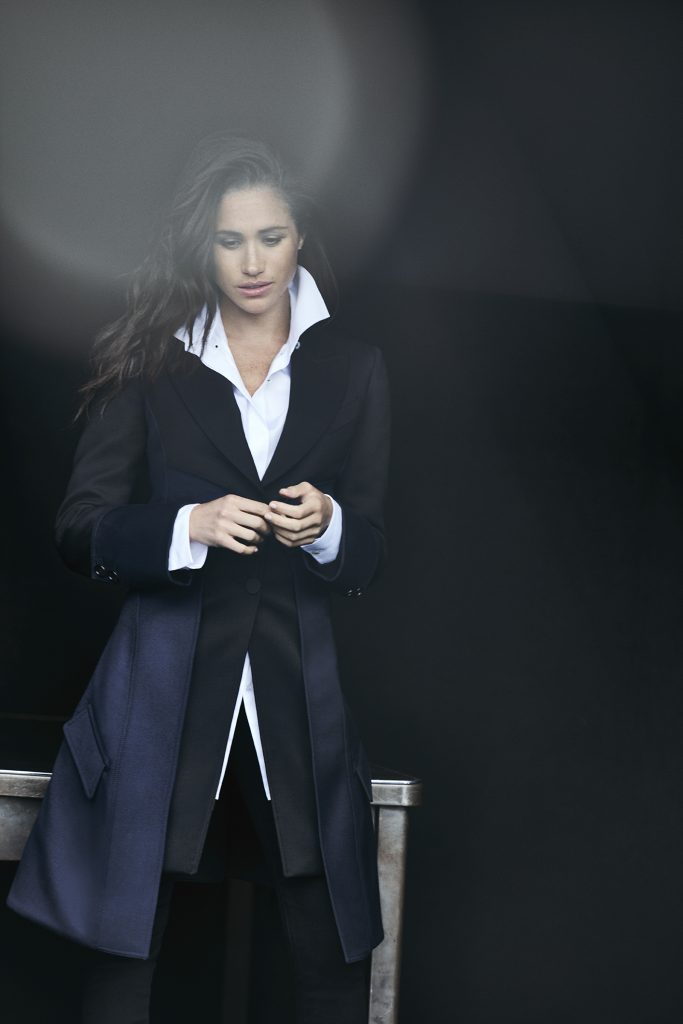 Markle’s mother Doria, a yoga instructor and social worker, is African-American, while her father, Thomas Markle is retired and of Dutch-Irish decent. In Conrad Jarrett’s 34-page exposé, she shares that it was not easy at the beginning, “I wasn’t black enough for the black roles and I wasn’t white enough for the white ones, leaving me somewhere in the middle as the ethnic chameleon who couldn’t book a job.”

Her big break came in 2011 when she landed the role of paralegal turned lawyer, Rachel Zane, in the television series Suits, the American television show. Markle’s good looks, sense of style and intelligence were a great fit for the role, which ran for seven seasons.

The series was filmed in Toronto, and as a result Markle is often seen sporting and supporting Canadian fashion, including the brands: Line the Label, Aritzia, and Erdem Moral?o?lu to name a few. She also developed two clothing line capsules for the Canadian-owned chain retail store, Reitman’s. She has quite a Canadian fan base, which increased after the announcement of her Royal engagement, as some Canadians, have strong cultural ties to Prince Harry, his mother Diana, Princess of Wales and the British Royal family. 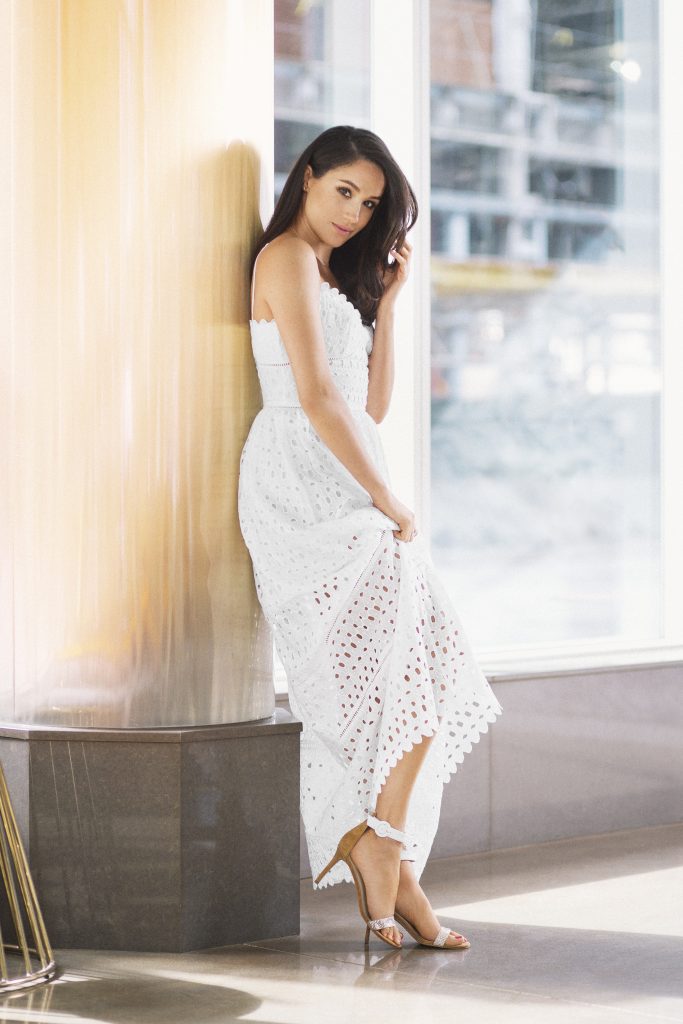 Markle was the founder and editor-in-chief of the lifestyle website, The Tig (from Tignanello wine), and has become a fashion leader. While in the past Markle was seen sporting Canadian labels her current look features English designers.

Resources report Markle met Prince Harry on a blind date set up by a mutual friend, and they immediately hit it off. They have been dating since 2016. In Vanity Fair’s September 2017 cover article by Sam Kashner. 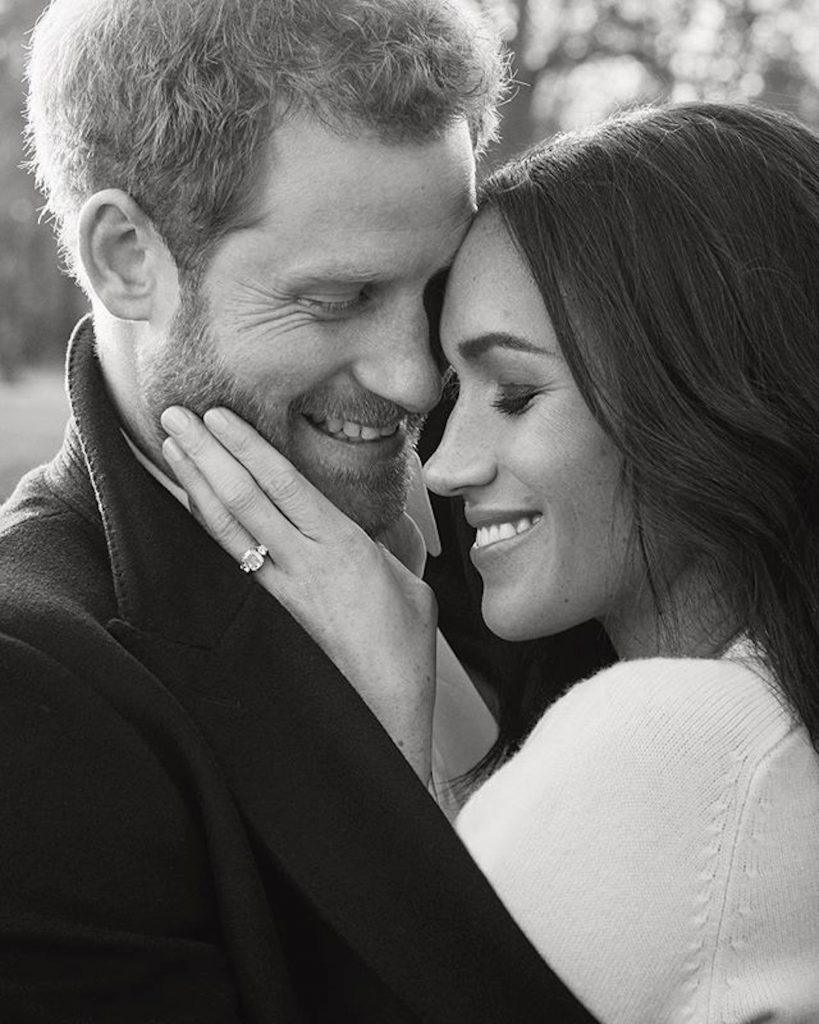 Markle spoke about being in love with Prince Harry, saying,

“We’re two people who are really happy and in love. We were very quietly dating for about six months before it became news, and I was working during that whole time, and the only thing that changed was people’s perception.”

Their engagement was announced on November 27, 2017. Whether Suits continues is up in the air, because as Markle told the BBC, upon the announcement of her engagement to Prince Harry, she will be “transitioning” out of acting, and not returning to the eighth season of Suits.

When Prince Harry turned 30, he inherited $16 million from the estate of his mother, Diana, Princess of Wales. Prince Harry explained to Fox News that Markle would be focusing on the Royal humanitarian agenda, saying, “…Royal duties do take up a lot of time with Royals working for weeks at a time with very little time off especially with overseas tours.”

On her own, Markle has been involved in a multitude of charities, she is a global ambassador for World Vision Canada, and is an advocate for the United Nations Entity for Gender Equality and the Empowerment of Women and participates in the Clean Water Campaign. 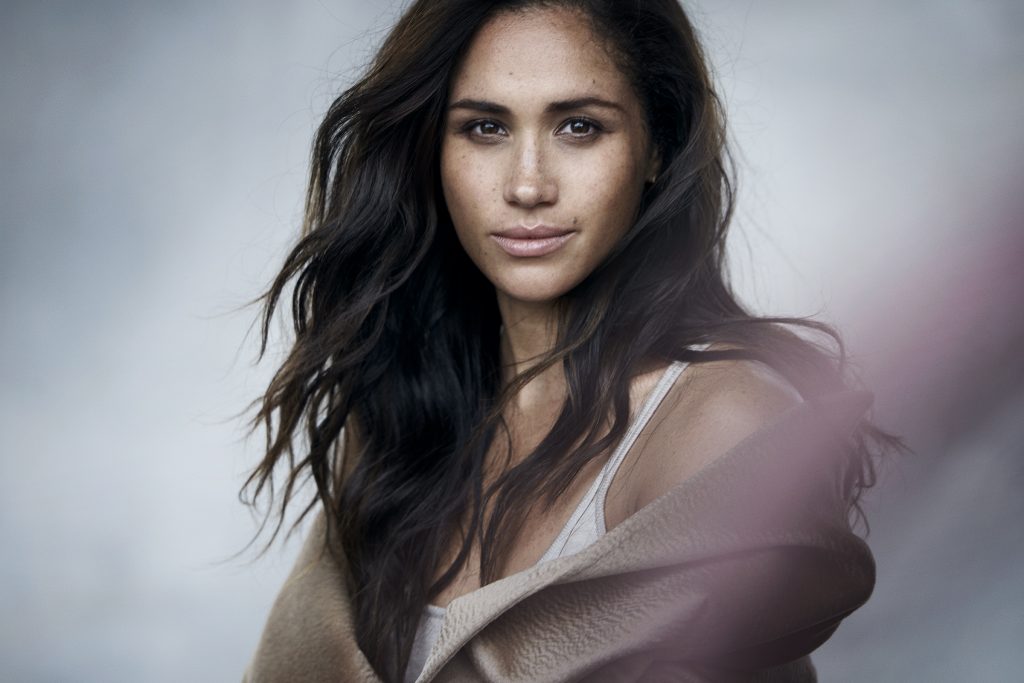 Markle will be baptized and confirmed at the Church of England before the Royal wedding on May 19 of this year at Windsor’s St. George’s Chapel. It is reported they will live at Prince Harry’s Nottingham Cottage on the grounds of Kensington Palace in London after the wedding.

The Royal wedding of the year will be watched by an anticipated audience of millions, possibly billions of people worldwide. As in all good fairy tales, may they live happily ever after.