Jessica Alba always knew that she wanted to act. The independent and tenacious youth obtained an agent at age 12. By age 13, she serendipitously landed her film debut in the Hollywood Pictures’ 1994 comedy, Camp Nowhere, when the lead actress dropped out. Not one to give up this grand opportunity, she aced the role and since then we continue to be entertained by her smoldering beauty.

Starting off in TV commercials for Nintendo and J.C. Penney, she branched into TV with a recurring role in Nickelodeon’s The Secret Life of Alex Mack and played the role of Maya in Flipper in which she had a two-year run. Self-motivated and a long-term thinker, upon completing high school at the age of 16, she enrolled in acting school, making herself a deal that if acting wasn’t happening she would go to college.

It did happen and she continued to extend her acting experience. She played television and film roles until her big break came when she got the role of Max Guevara, the genetically engineered super-soldier on the Fox television series Dark Angel. 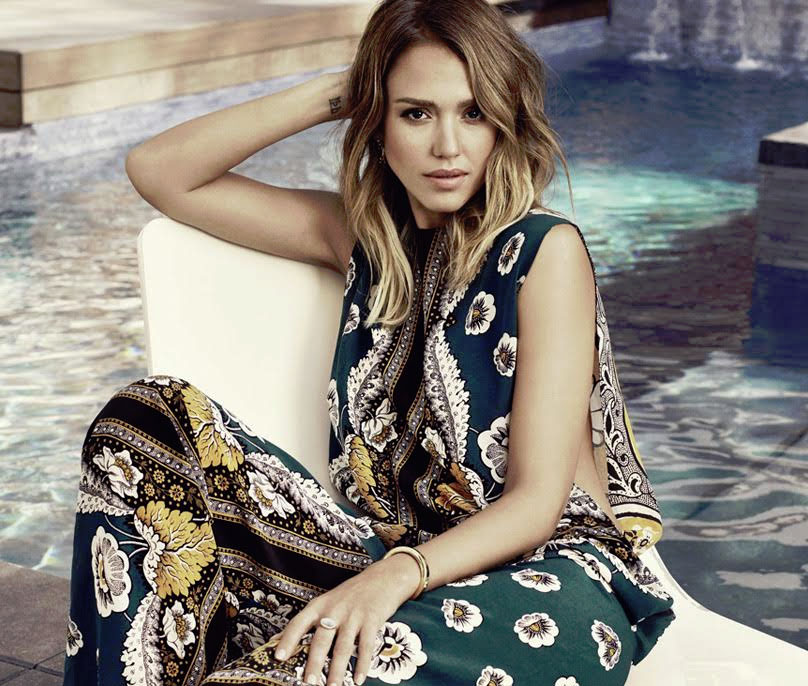 She has always worked very hard not to be type-cast. From an exotic dancer in Sin City to crossing generations portraying the indomitable Sue Storm in the superhero comic thriller, the Fantastic Four, a role that she reprised in the 2007 sequel, Fantastic Four: Rise of the Silver Surfer, the world started taking Jessica Alba, the actress, seriously. She had been perpetually pursued by self-doubt but she claims that is what gave her the strength to maintain focused and continue on her path.

“People doubted me as an actress, and that’s something that drove me. I was not going to be pegged as an action-comic-book fangirl.”

In reality, the world adores Alba and she has emblazoned the world’s best magazine covers including Cosmopolitan, Self, Shape and GQ to name a few. She has won various awards such as the Teen Choice Actress award and Saturn award for Best Actress on Television and received a Golden Globe nomination for her lead in Dark Angel, as well as People’s Choice awards.

However for Alba her most important role and award to date is being a mother.

In 2008 Alba married Cash Warren, whom she met on the set of the first The Fantastic Four. They gave birth to baby girl Honor Marie Warren that same year, heralding events which would change the course of their lives. As a child, Alba had many illnesses and as a result became very aware of her body in relation to its environment. In the mode of ‘mom-to-be’ she set out to find products that were not harmful to humans, safely produced and sustainable environmentally.

“I did research when I was pregnant with my first daughter and was horrified by the chemicals in products, even those meant for babies. I would have to go to 50 different places just to get my house and my kid clean.”

Their second daughter, Haven Warren, was born in 2011 and by 2012, with entrepreneur Brian Lee, co-founder with Kim Kardashian of ShoeDazzle, internet executive Sean Kane, and environmental advocate Christopher Gavigan, she launched The Honest Company, a company that offers people reliable information and products that are safe, stylish, and affordable.

It started off with 17 environmentally safe, funky and effective diapers and wipes’ products and in the first year sales reached $10 million to customers subscribing or ordering online. “Running out of diapers? That’s a parent’s nightmare,” claimed Alba.

Not only are the products environmentally sound, for example, the diapers are made of a wheat, corn, and wood-fluff mix, but the company aims to achieve what many ‘green’ products do not do and that is exceed conventional product quality while being the least damaging to the planet.

“When I became a mom, I finally became the person I am, that I always should have been. It’s the most satisfying job in the world. But, it can also be overwhelming and confusing. I created The Honest Company to help moms and to give all children a better, safer start.”
– Jessica Alba

Alba outlines her learning curve and some of the trials and tribulations of her Start-up Company and celebrity mom life in the book, The Honest Life, which was published in 2013. 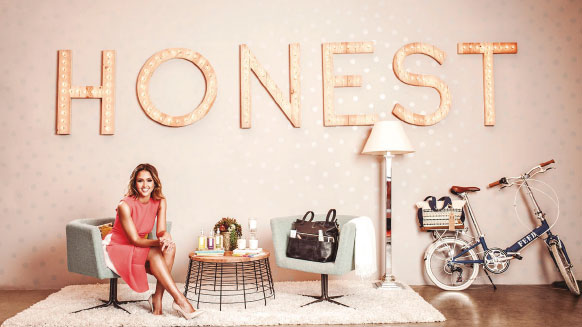 The Honest Company success has skyrocketed. In three years it became a billion-dollar company and Alba’s confidence is no longer flailing, according to producer hubby Warren,

The Honest Company was valued in 2014 at $150 million U.S. and is now valued at 1.7 billion, with Alba reportedly owning fifteen to twenty percent, earning her a spot on Forbes’ list of America’s richest self-made women.

To date, the company has over 120 products, no longer just for babies and Alba can describe each one of them unerringly. There are personal care items, soaps, shampoos, detergents, household cleaning items, sunblock, beauty products and more. The appeal is in the product and its store-bought or delivered availability in the U.S., Canada, and at boutique stores and popular chain stores such as Target and Costco, as well as with South Korea’s online retailer Coupang. Moreover, the Honest Company offers accountability to the consumer. Its website not only lists product ingredient information, prices and shopping services available, it also provides the consumer with the sourcing of the ingredients.

Despite her prodigious success, Alba feels she is just getting started, “If we really want to make a difference in the world and people’s health, its billions and billions of dollars, not just one.”

Meanwhile she works with related charities including Safer Chemicals Healthy Families, ONE, Habitat for Humanity, Project HOME and more.

Flaunting her stuff and acting are in her blood. Not even running a billion-dollar company, while being a conscientious environmentalist and involved mother is enough to slow down this sexy dynamo. Though selective in her projects, at the fledgling age of 35, fitting it in somewhere, she has also been acting. 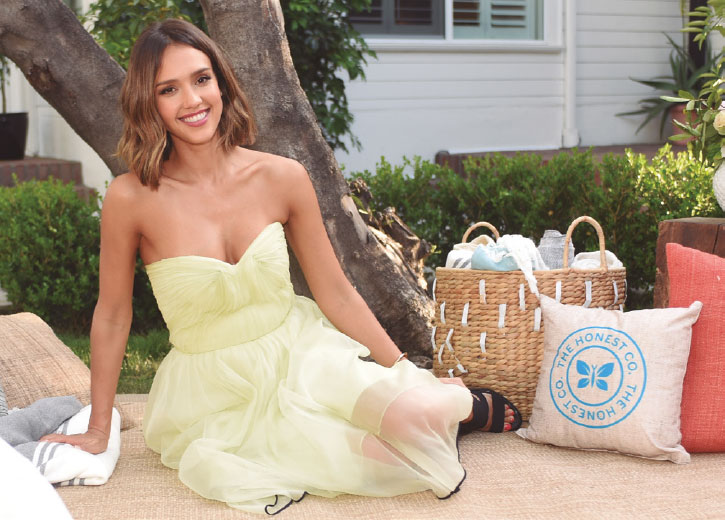 This year’s Jessica Alba releases include Dear Eleanor, a story about two teenage girls traveling across the U.S. during the Cuban missile crisis in search of Eleanor Roosevelt, and Mechanic: Resurrection, an American action thriller film directed by Dennis Gansel. The actress and Honest Company CEO is spokesperson for the beauty company Braun and will also be serving as one of the advisers to Celebrity Apprentice’s new host Arnold Schwarzenegger, who has replaced Donald Trump.

What is the key to her success? Jessica Alba says it is about finding your passion and being focused, and onscreen and off, there is no doubt that she has done so.