In her youth she studied ballet and the grace of these beginnings is evident in the sensuously sexy actress she has become. From Madrid, Penélope Cruz, who speaks four languages, has bequeathed filmgoers with a prolific repertoire of films both in Europe and the United States.

Penélope Cruz made her stunning film debut in 1992 in Jamón Jamón earning her nominations for both the Spanish Actors Union Newcomer Award and the Goya Award for best lead actress. Since then she has never looked back. Following that she had a role in Fernando Trueba’s e Age of Beauty which won an Oscar for best foreign language film as well as numerous Goya awards. Known outside of Spain as the “Spanish Enchantress”, she is often featured in the world’s most beautiful women lists and has been on hundreds of magazine covers, from Esquire to W. Cruz denies stressing about her appearance, stating,

“I am an actor and I think I have a physique that can transform a lot and a face that can change a lot, and that is a good thing for my job because I have done a range of characters. Some of them looked good and some bad, but I have no problem looking bad if that is what a character needs.”

Working on three or four films per year, she has been entertaining people ever since she began. In 1997 she was in the film Live Flesh, working for the first time with her mentor and now lifelong friend, director Pedro Almodóvar. Cruz was an admirer of his throughout her young life and credits his films to being her motivation to become a film actress. They have genuine mutual admiration for each other’s crafts and Cruz is seen as Almodóvar’s muse.

“Penélope Cruz is a muse for me in the sense that a muse is someone who makes you better than you are. I think I am a better director with her, because she believes that I am better than I am, and that blind faith gives me a lot of strength.” – Pedro Almodóvar

Almodóvar and Cruz’s relationship delights film buffs as the product of their energy makes their movies sparkle. Their All About My Mother won an Oscar. In 2006 her first Almodóvar starring role was in Volver and earned the actress her first Oscar nomination.

However she did not win her Oscar for best performance by an actress in a supporting role until 2009 when she starred in Woody Allen’s Vicky Cristina Barcelona. In the same year she became romantically involved with Spanish actor Javier Bardem (No Country for Old Men, Skyfall) whom she had met in her first film and then co-starred with in Vicky Cristina Barcelona. The two married in 2010 and now have two children, Luna and Leo Encinas Cruz. 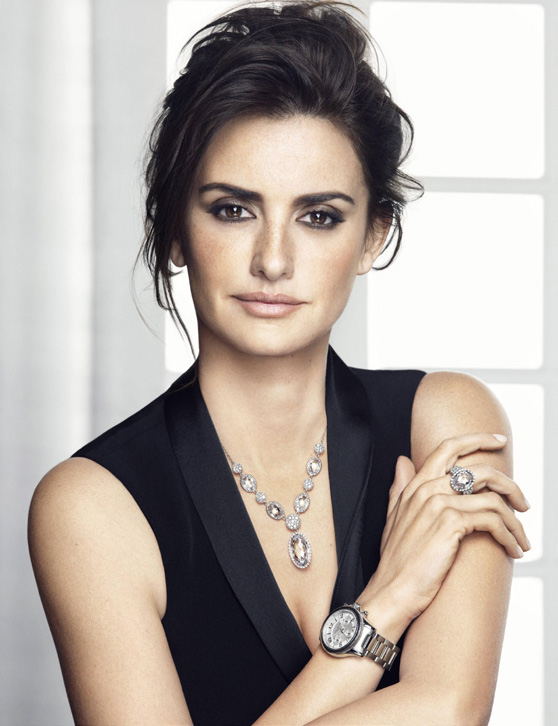 “I never want to lie about my age. If I look around at the actresses I admire, they are all women who have not fought growing older, but embraced it and been proud of it – women like Sophia Loren or Audrey Hepburn.”
–Penélope Cruz

Her move to Hollywood showcased her in films such as: Woman on Top, Blow, All the Pretty Horses, Vanilla Sky, Pirates of the Caribbean: On Stranger Tides, To Rome with Love, Twice Born, and The Counselor.

Though they have not shared the screen since Vicky Cristina Barcelona, Penélope Cruz will once again be onscreen with her husband, Javier Bardem. They are plotting two films together: Escobar and an untitled Asghar Farhadi project described “as a psychological thriller with a touch of Agatha Christie.” She is also promoting Ma ma a film she produced and starred in.

Penélope Cruz other upcoming films include Fernando Trueba’s e Queen of Spain and Toni Kalem’s Layover. She is interested in directing and a short documentary she directed will be released in September. She has tried her hand at directing before, with her L’Agent by Agent Provocateur film spots of the lingerie line that she created with her beautiful sister Mónica Cruz. 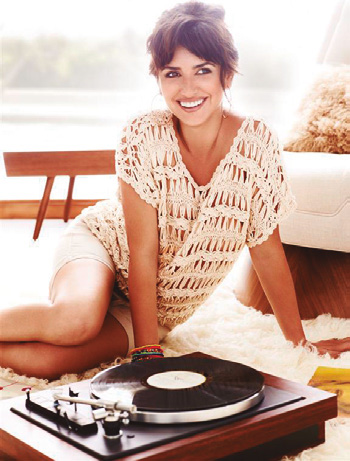 “You cannot live your life looking at yourself from someone else’s point of view.”
–Penélope Cruz

Penélope Cruz has worked with Ralph Lauren and been spokesmodel for many brands and causes including L’Oreal and Lancôme. She feels that Lancôme is a brand that empowers women and is proud of its recent campaign for its bestselling serum Advanced Génifique, which featured four of its faces: Cruz, Kate Winslet, Lupita Nyong’o and Lily Collins. “I like when a beauty brand wants to celebrate women rather than make them feel pressured,” she said during a recent interview about beauty for British Vogue.

Throughout her career she has shared her good fortune and good looks with charitable causes. Cruz has volunteered with UNICEF and other organizations in countries worldwide, including Nepal, Uganda and India. She spent a week working with Mother Teresa at a leprosy clinic and donated her salary from her film The Hi-Lo Country to the late nun’s mission. Cruz did her part for World AIDS Day by turning on the lights for NYC’s Empire State Building, which was decorated red a few years ago. She is an owner of rescue pets.

Cruz eagerly awaits the future and looks forward to aging as a way to develop herself more as an actress, giving grateful filmgoers around the world the assurance this scintillating Spanish seductress will continue to enchant us with her movie magic. 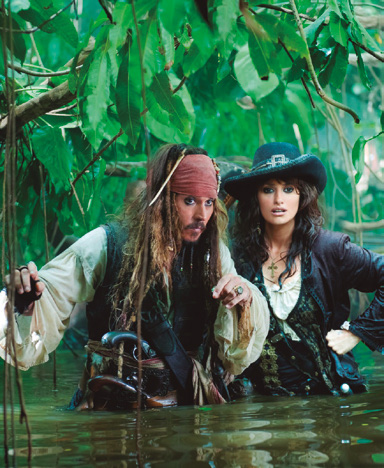 “I’m an actress, and I want to evolve as an actor playing characters that suit my age. I wasn’t playing a mother 15 years ago. I am now, but it’s not like I play a mother every time I’m working. There’s so much to explore now that I’m 42. When I’m 50, 60 or 70, there’ll be new challenges—I look forward to all that. I want to live my life and experience it every step of the way.”