GIVES HER ALL – ON SCREEN, IN LOVE, IN LIFE.

Salma Hayek, the Mexican film actress, director and producer, once had aspirations of becoming an Olympic gymnast competitor but after watching Willy Wonka & the Chocolate Factory as a child she knew what she wanted to do. 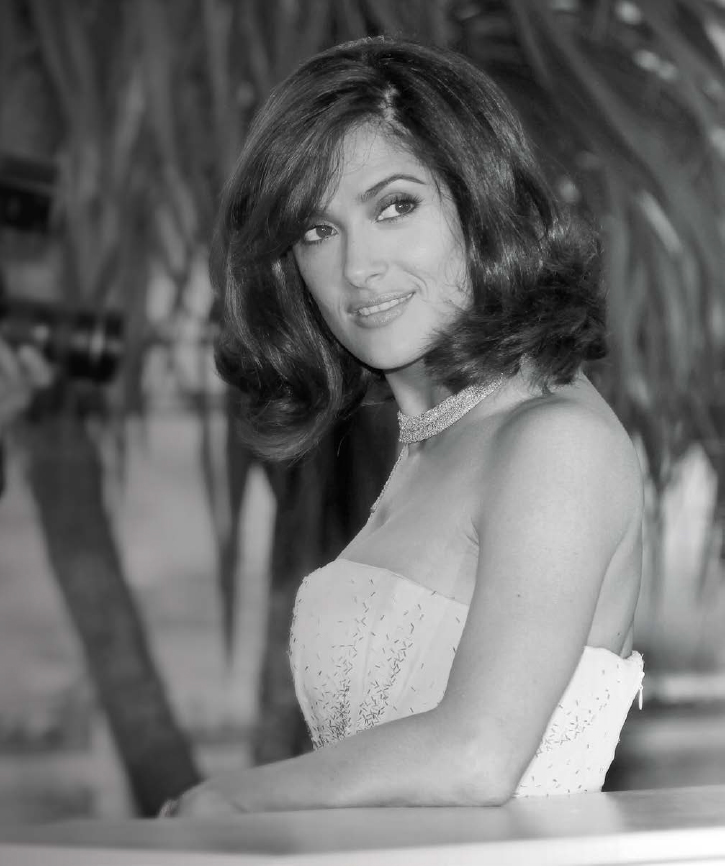 She began her career starring in Teresa, the Mexican soap opera that made her famous in her home country. She left the show after two years and moved to the U.S. in pursuit of her dream. ”I WANTED TO MAKE MOVIES. THEY WEREN’T MAKING THE IN MEXICO. I WAS ON A ‘SOAP’ AND THAT’S NOT WHERE I WANTED TO BE.” In the U.S. she paid her dues with bit parts until her cinematic break opposite Antonio Banderas in 1995’s gun-heavy revenge flick, Desperado.

Hayek proclaimed a lack of quality roles for Latinas in Hollywood but instead of fading into stereotypical obscurity she gave it her all and created new roles. She co-produced and starred in Frida, which earned Hayek an Oscar nomination for Best Actress. As an executive producer, she helped shape the hit television series Ugly Betty, which made actress America Ferrera a household name and Emmy winner.

Hayek’s charitable work includes increasing awareness on both violence against women and discrimination against immigrants. She often speaks on subjects that relate to women. She is quoted as saying,

ACTRESS, AS A MOTHER – BECAUSE I WANT TO EMBODY THE

GREATNESS OF WOMEN WHO DIDN’T GET TO BE ALL THEY

COULD HAVE BEEN. THEIR DIGNITY, THEIR COURAGE, AND

THEIR BRILLIANCE MAKE ME STRIVE TO BE BETTER. THEY’RE A PART OF ME.” 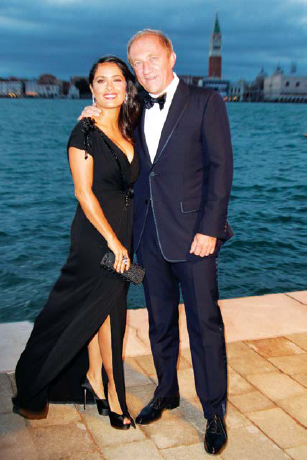 In September 2007, Hayek and French businessman François- Henri Pinault had a daughter, Valentina Paloma. Pinault and Hayek married on Valentine’s Day 2009. Pinault is CEO of Kering which represents fashion and luxury labels such as Stella McCartney and Alexander McQueen. Hayek considers herself a late bloomer and believes that ”success can happen at any time and at any age. You can get your body in shape like it’s never been before. You can have a spiritual awakening and discover a new side of yourself. And best of all, love can happen at any age. Life can just start to get exciting when you’re in your 40s and 50s. You have to believe that.”

WHAT IS IMPORTANT IS TO BELIEVE IN

SOMETHING SO STRONGLY THAT YOU’RE 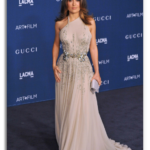 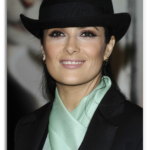