With his glacial eyes, searing intensity and impressive physique, Daniel Craig has embodied the sexy, suave intrigue of James Bond for nearly a generation of fans. But he wasn’t the obvious choice when he was cast to play 007 in 2006’s Casino Royale.

And, frankly, he wasn’t sure he wanted the role. He showed up to an initial interview disheveled, which in Craig terms means sans cuff links.

“It’s a huge challenge, a huge responsibility. Bond is a huge, iconic figure in movie history,” Craig later said. “These opportunities don’t come along very often, so I thought, ’Why not?”

Committing to Bond meant staying true to the character but doing so on his own terms. It required going to the gym — a lot — and doing extensive research in order to make the super-spy his own.

Although some critics thought Craig was too short (he stands 5’10”) and too blond to play the iconic character, Casino Royale and the films that followed proved that the talented actor brought a new sensibility to the part, with 007 crying, falling in love, and showing vulnerability, albeit with the character’s requisite aplomb, during Craig’s portrayal of Bond in Quantum of Solace, Skyfall, and Spectre, the last of which was released in 2015.

As the longest-standing Bond in history, with Sean Connery himself calling the casting of Craig a “terrific choice.” Craig’s first four Bond films alone have generated more than $3 billion worldwide.

But there’s more to come. In No Time to Die, Craig plays Bond for the fifth and final time. The much anticipated, COVID-delayed film release this October, with the retired 007 hunting a kidnapped scientist. It’s a film he wasn’t sure he could physically endure, with the strenuous shots over the years taking a brutal toll on his 53-year-old body, including a torn meniscus during the filming of Spectre.

There was a narrative Craig felt needed to be finished, a continuation that began in Casino Royale, and a completion of a storytelling circle begun 15 years earlier that the actor now calls “emotionally satisfying.”

These are heady heights indeed for the notoriously private actor, who first began performing for patrons as a toddler at his parents’ pub in England.

Unpopular in school and underprivileged, Craig found his first taste of stardom when a friend convinced him to join the cast of the school play Oliver! At 14, the applause unleashed by his performance was a rush he had never before experienced, a burst of adrenaline similar to a drug, he has said.

Not long thereafter, he attended a screening of the sci-fi film Bladerunner(1982) and was transfixed, he recalls, his mind reeling as he read the credits and the realization that he could actually make a living as an actor began to form.

Craig studied at the Guildhall School of Music and Drama, graduating in 1991, taking bit parts before landing his breakout role as Geordie Peacock on the British drama series Our Friends in the North in 1996.

This led to roles in Elizabeth (1998), Lara Croft: Tomb Raider (2001), Road to Perdition (2002) and Layer Cake (2004). And then it led to Bond, when he was handpicked by producer Barbara Broccoli, granddaughter of the franchise’s creator Albert Broccoli.

Between Bond films, Craig has not let the franchise define him and has continued to cultivate his career with numerous television, film and theater roles, including starring opposite his wife, multiple-award-winnning actress Rachel Weisz, in 2013’s Betrayal which took Broadway by storm.

Craig’s more notable film roles include poet Ted Hughes opposite Gwyneth Paltrow in the biography Sylvia, Steve in Steven Spielberg’s Munich, and as journalist Mikael Blomkvist in The Girl with the Dragon Tattoo, to mention a few.

Saying goodbye to the Bond character is bittersweet, but as one mega-franchise comes to a close, another is potentially waiting in the wings. Craig was nominated for a Golden Globe in 2020, for best actor starring in the detective-mystery and comedy film, Knives Out, a smashing box office hit with two sequels already in the works.

And although rumors continue to swirl around who will be the next Bond, Craig has some advice. The summary, without the expletive, being: don’t mess up his legacy, or that of the actors who have come before him. “It’s a beautiful, amazing thing. Leave it better than when you found it.” 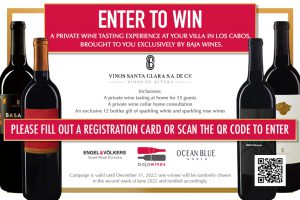