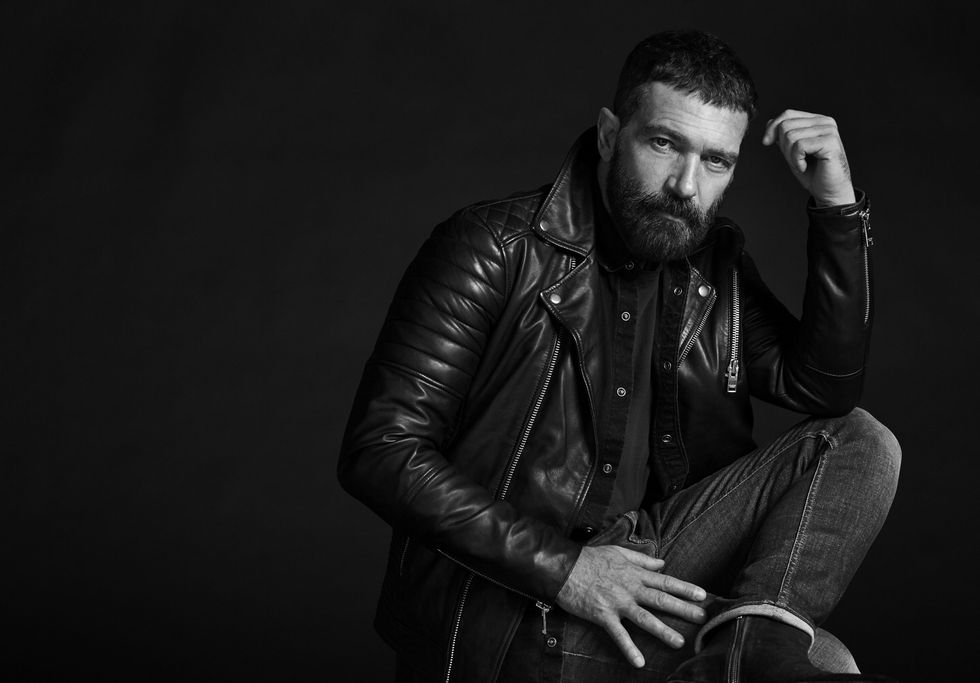 His film career began when he was 19 in the city of Madrid, where he was recognized by Pedro Almodóvar and cast in Labyrinth of Passion. The two continued to work together in provocative 80s movies including: Law of Desire and the Academy Award-nominated Women on the Verge of a Nervous Breakdown.

He relocated to Hollywood and soon became America’s ideal Latin Lover, chosen as one of the 50 most beautiful people in the world by People magazine. He has won numerous awards and nominations for his works in film, including three ALMA awards and three Golden Globe nominations, among many others. He was recognized with a Star on the Hollywood Walk of Fame in 2005.

Banderas has captured audience’s hearts in roles that continue to delight. He charmed the world with his portrayal of Zorro in The Mask of Zorro and The Legend of Zorro. The young-at-heart were enchanted by his roles as Puss-in-Boots in the Shrek franchise and also in the Spy Kids’ movies.

This year he is portraying Picasso in National Geographic’s Genius: Picasso, a 10-part television series about the 33 days Picasso took to paint Guernica. In addition, he will appear in The Voyage of Doctor Doolittle in April 2019 and continue the Almodóvar – Banderas collaboration, along with Penelope Cruz and Julieta Serrano, in Dolor y Gloria (Pain and Glory). The movie is to be released in Spain in 2019.

“I don’t believe in careers; I just picture myself always as one of those old actors from the 19th century who go from village to village in their repertoire.” – Antonio Banderas