The World’s Most Captivating Young Star

Emma Stone has quickly become one of the most in-demand stars in Hollywood – and for good reason. The young actress has already demonstrated remarkable versatility throughout her career, which involved taking on roles in off-the-wall comedies like Superbad (2007), co-starring in massive comic book inspired blockbusters such as The Amazing Spider Man (2012) and mastering inspiring leading parts in dramas like The Help (2010). Whatever the genre, it’s obvious Stone can master it. 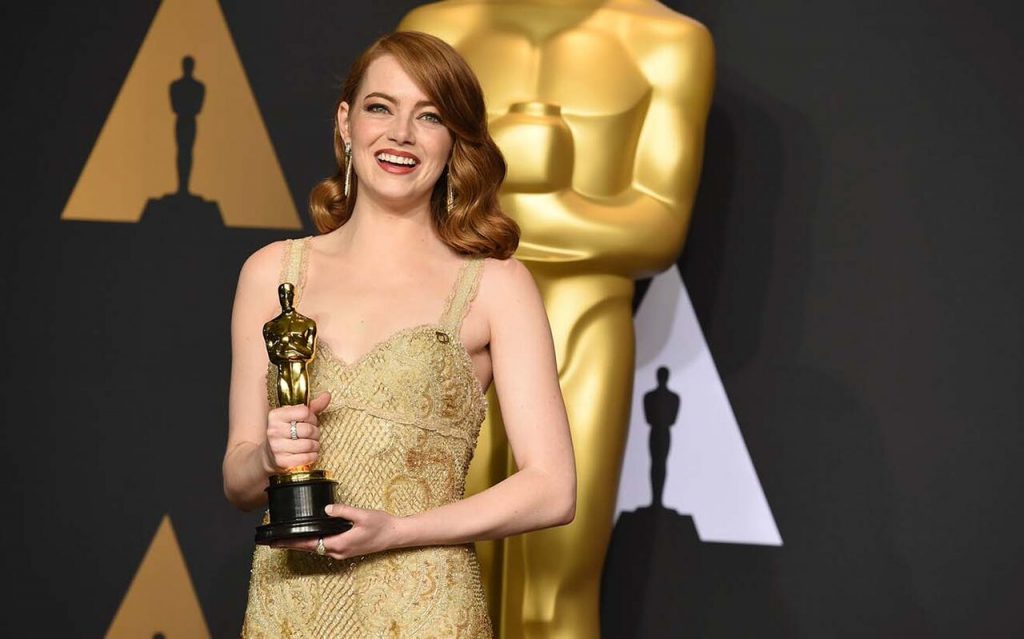 Adding to her impressive resume of box office hits, Stone has received numerous accolades for her most recent work, which includes her first Academy Award for her performance as Mia, in La La Land. In addition to an Oscar win, she was presented a British Academy Film Award, a Golden Globe Award, three Screen Actors Guild Awards, as well as the Volpi Cup for Best Actress at the 73rd Venice International Film Festival. La La Land also happened to be the year’s top-grossing Oscar movie with $340.5 million worldwide.

At 28, there is no doubt this marks the beginning of a distinguished career for the young actress. From quirky rom-com starlet to Hollywood’s leading lady, we can’t wait to see what Emma Stone does next.

“I still have a lot of growing and learning and work to do. And this [Oscar] is a really beautiful symbol to continue on that journey.” – Emma Stone