Raf Simons is expected to breathe his own design aesthetic in to Calvin Klein simultaneously providing cohesion among the various facets of the brad while re-vamping their image.

The Belgian graduated from Industrial and Furniture Design lending his visioin to furniture for galleries until being encouraged to try his hand at fashion.

In 1995 he launched his eponymous brand and since then he has constantly been The clothing guru of teenage on the move, while constantly challenging the consumer with his industrial design background of straight lines and artist-inspired clothing lines.

Simons balances his own designs with those for fashion houses, often working music and visual artwork into his designs. He was head professor of the Fashion Department of the University of Applied Arts, Vienna, Austria until June 2005. Simons co-authored an autobiographical retrospective book entitled, Raf Simons Redux with Peter De Potter, coinciding with his label’s 10th anniversary. He added womenswear to his repertoire with Jil Sander with whom he was Creative Director for seven years, then moved on to Christian Dior, and now he is taking charge at Calvin Klein.

The clothing guru of teenage subcultures, be it his ADIDAS collaboration of over-sized shirts, or his Mapplethorpe-framed images on flowing falling off-the-cuff shirts, Simons is sure to rock Calvin Klein with his inspired creative vision.

“The arrival of Raf Simons as Chief Creative Officer signifies a momentous new chapter for Calvin Klein. Not since Mr. Klein himself was at the company has it been led by one creative visionary, and I am confident that this decision will drive the Calvin Klein brand and have a significant impacton its future.” – Steve Shiffman, CEO CalvinKlein 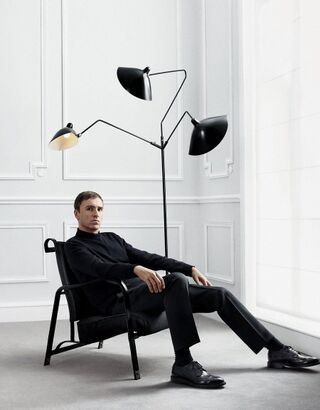