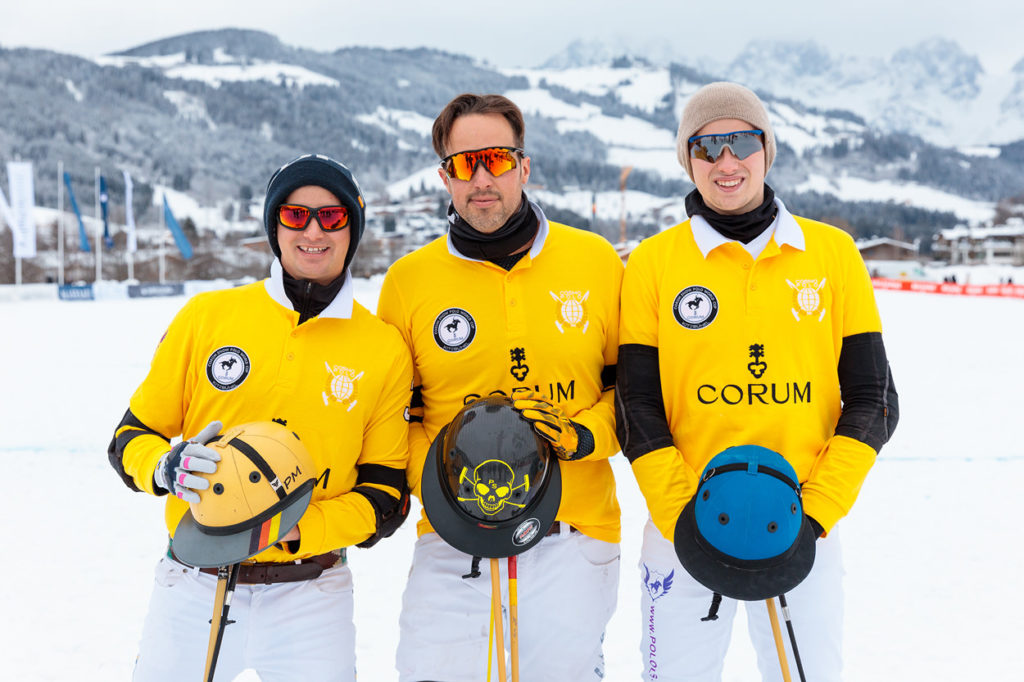 Team Corum won in Kitzbühel, Austria with one of the best results ever. The first sensation of the new polo year. 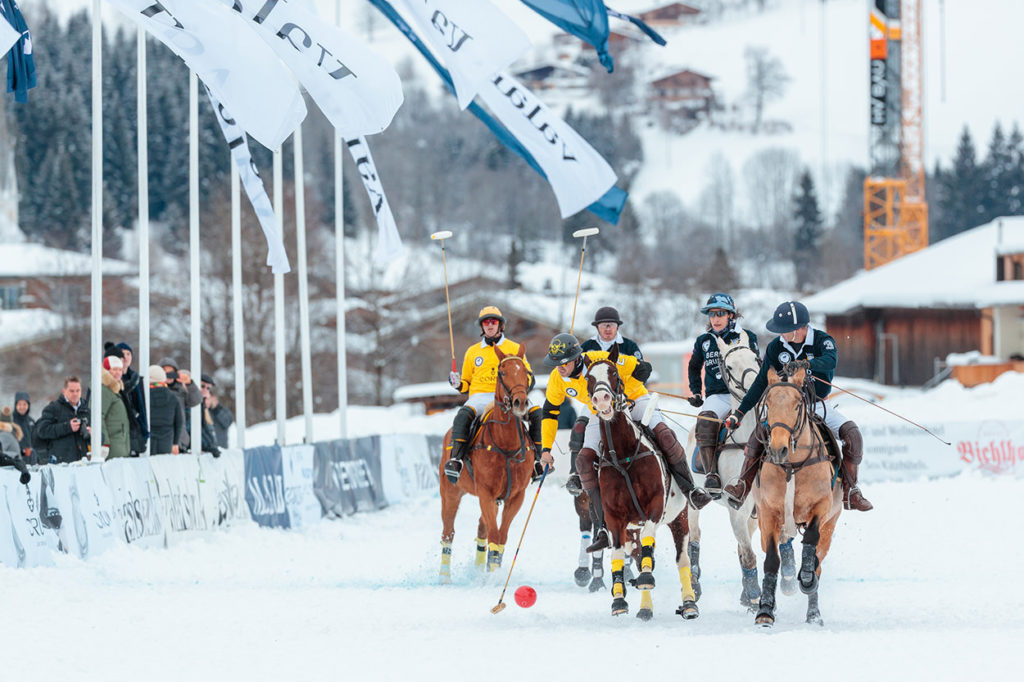 Kitzbuehel, January 12-15 2017. In a fast final Patrick Maleitzke, Philip Sommer and Lukas Sdrenka won the 15th CORUM Snow Polo World Cup Kitzbühel by a superior 12.5-6. Though the Irish team Engel Völkers, including Richard Fagan (Most Valuable Player), Michael Henderson and Santiago Torreguitar, won their two respective matches in the preliminary round, in the final there was no doubt which team was way out in front of the other in terms of speed, tactics and not least because of owning faster horses. Right from the start playmaker Patrick Maleitzke and his strong team mates kept the speed high to give their opponent from the Emerald Isle no chance. Before the final David Traxler, CEO of the Swiss watch manufacturer Corum, was confident and put his complete trust in his team, though it started with a lower team handicap on paper than their opponent and with 0.5 goal advance. With reason. According to the old saying by Caesar “Veni, vidi, vici”, Patrick Maleitzke also announced to play for victory in Kitzbühel. Team Corum accompanied the path to winning the tournament by a goal balance, which should be among the best results ever achieved in Kitzbühel.

For the full article and results, please visit Kitzbühel Polo. 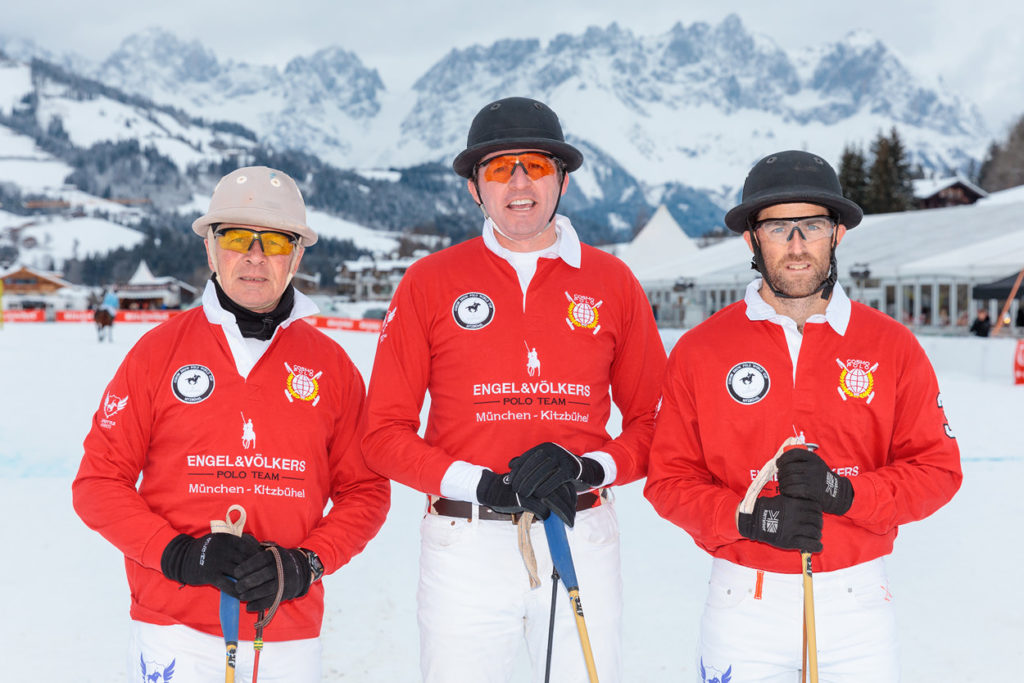 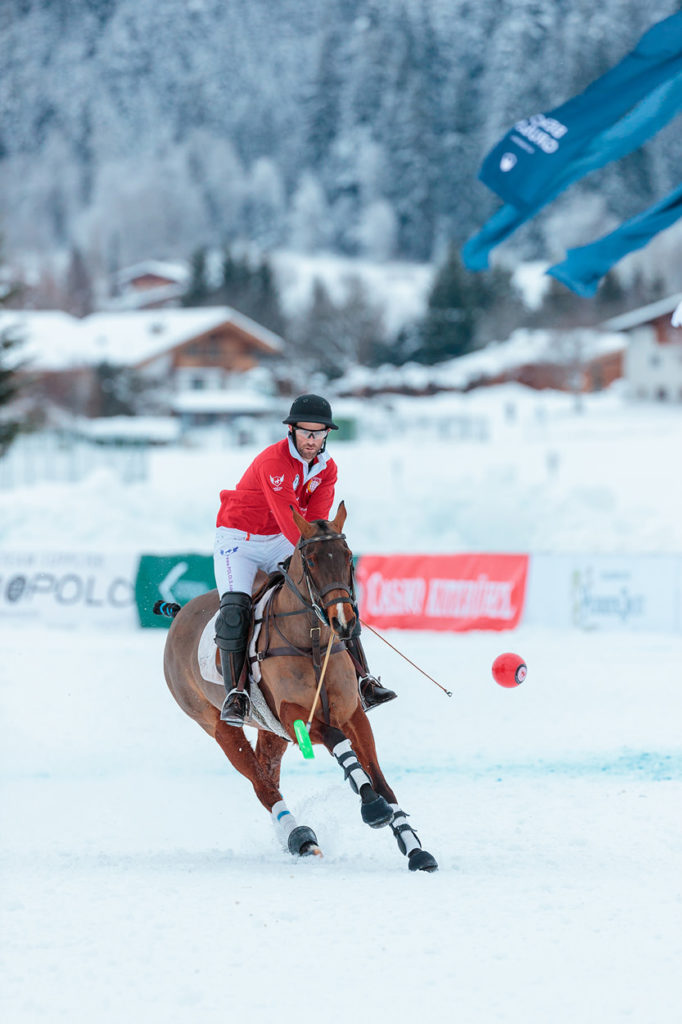